Eric "Wingman" Peterson is known for working on a number of space-flight sci-fi games like the Wing Commander series, Starlancer, and is currently working on Star Citizen. But his dreams of outer space aren't over yet. He has formed Descendent Studios and is heading up a crowdfunding campaign for Descent Underground, a full multiplayer reboot Descent, a first-person vehicle-based shooter from the 90s famous for its six-degrees-of-freedom movement.

In the future, there are no laws, only contracts. Earth is severely overpopulated and has almost run out of natural resources. The only solution is a sort of new "gold rush" where the world government will issue a contract to mine an asteroid, corporations dispatch teams of miners to the marked asteroid, and they fight with each other as part of a televised bloodsport. Only those with the best piloting and mining skills will prevail. Welcome to Descent Undgerground.

What attracted you to Descent, and why is now the right time for a comeback?

I fell in love with the game while working at Origin with Chris Roberts, every night at 6pm you would hear Descent boot up and pretty soon the entire team would be playing it, and the competition was on, I think that game alone delayed the release of one of our Wing Commander games by a few months.

As for comeback, there is an entire generation of gamers that have not had the fun of playing a Six Degrees of Freedom First person combat shooter. I think Descent got caught in the switch of publishers from PC to Consoles and being so risk averse, it just never came back. That is why it is up to the gamer community to participate in things like crowd funding to help get those innovative games like Star Citizen off the ground. Kickstarter has really helped people have a say in what kinds of gaming experience they want to play, and we believe that Descent is one that is long overdue for a AAA update in both look and feel, but also in game play feature sets.

Will there be VR support for Descent: Underground?

You bet, we love all the new devices coming out, and immersion is taken up big time when using them, so yes, yes, a million times yes.

Can you go into detail about multiplayer (modes, gameplay, number of players, etc)?

Right now, the first focus on the game is primarily multiplayer, we are aiming for maps with up to 8 teams of 8 players going at it for control of an Asteroid – now that will be decided by the fans as we let them play it early on and give us feedback in the experience, so that we can balance it to allow for the game play to be fast, furious and fun.

As for game play, we have 8 ships available to fly, each one represents a different archetype or player experience, and each is important to what the team is trying to accomplish in that particular map. We have ships that are Tanks, Assault, Repair, Engineer, Hauling, Mining, Scouting, and general purpose – all of them can do a little bit of everything - but have a specialty that is needed on a particular map, or as the game session is progressing you may need to switch to another ship to help your team catch up, or pull further ahead of the other teams.

Also, there is mining in this game, or rather drilling, you will be able to find hidden treasures and power ups, or drill tunnels into enemy-controlled sections for sneak attacks. Some ships can find the voxel areas and create those back doors or carve out hidden areas to pounce on unsuspecting opponents. 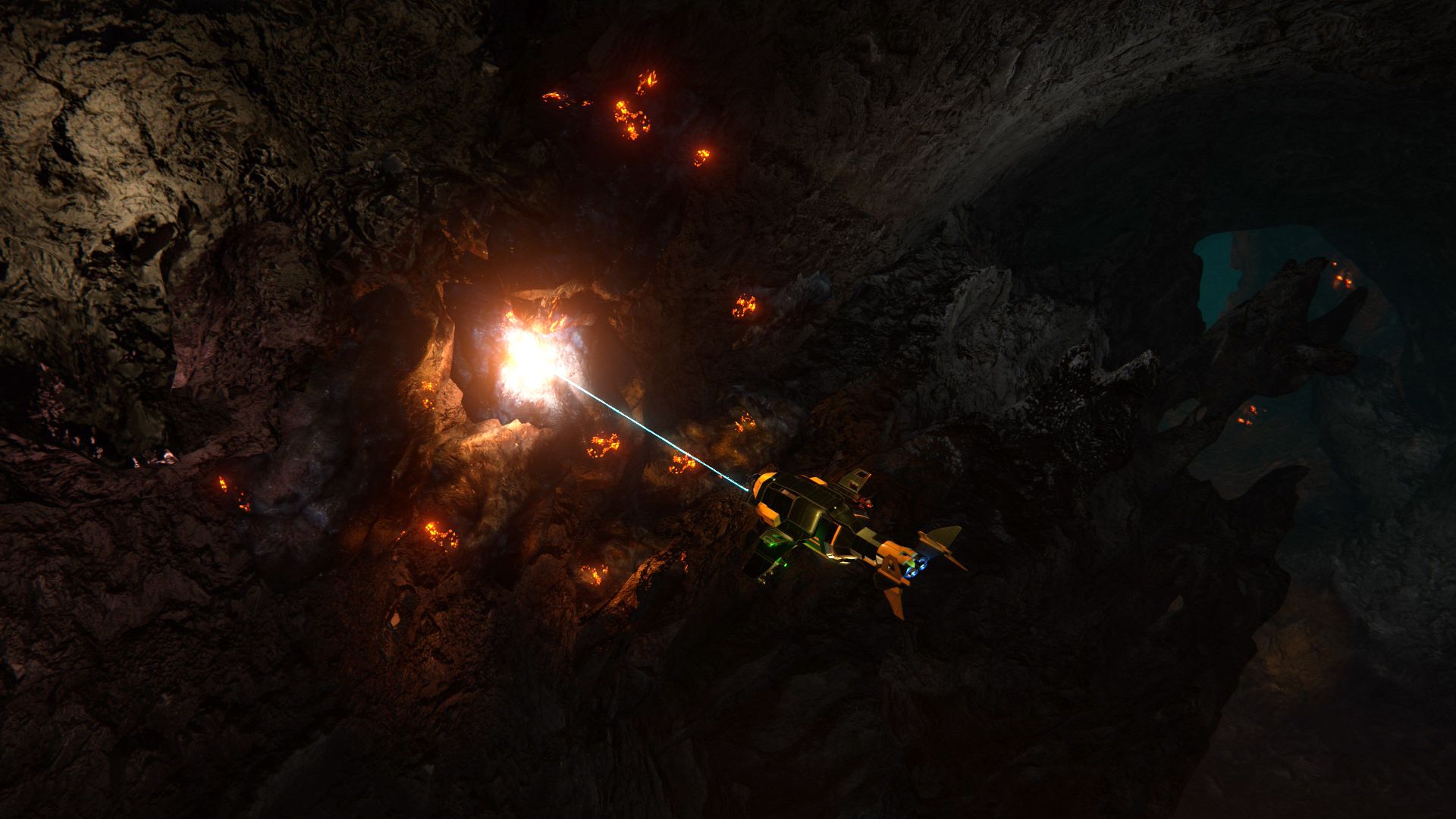 How much of the area can be mined? Will areas be fully destructible?

This will depend upon the map, some of them will have only areas that can be drilled into – others will be completely destructible, and have a different game play associated with it, like finding the core – and everyone is on a free-for-all to get there; the winner gets the spoils.

How will mining work? Do you have to mine and fight at the same time?

You can, mining is laser driven, you will be pointed at the particular area you wish to mine, but you might set up your ship to have a turret facing behind you, it will depend upon your configuration, and all the materials will travel up the beam into your cargo hold. This is one of the key things we will balance with the players in alpha release – you want some vulnerabilities that have your teammates protecting you, but not so much that you become popcorn to enemies – so this will be fun to tackle with our audience.

Will there be a story/campaign mode? If so, can it be played cooperatively?

We have one planned, but we are going to get the multiplayer done first, and balanced, then get to the campaign mode. At the moment that would be phase 2, but depending upon the crowdfund – it might be done in conjunction. 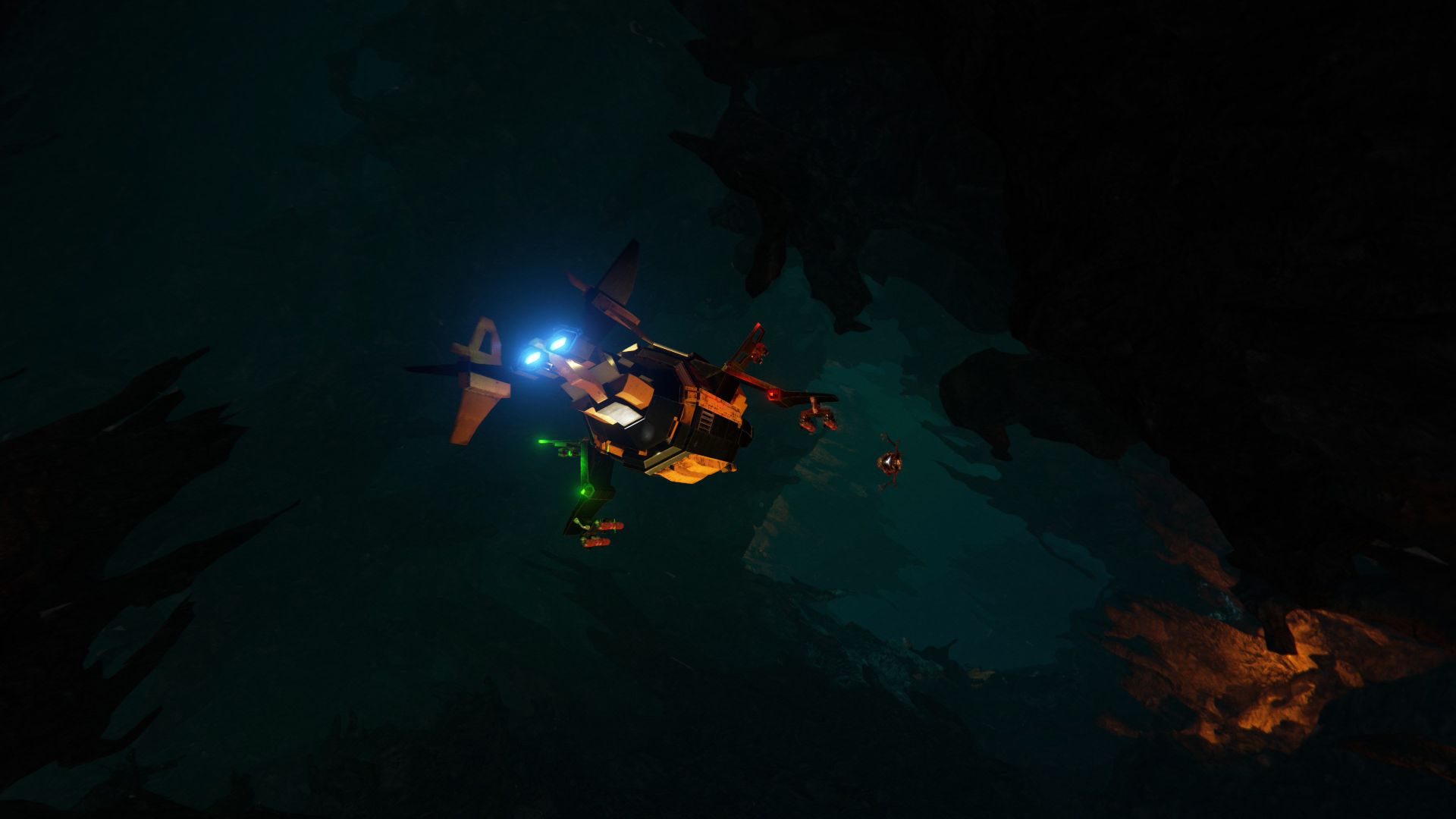 Can you provide details about the various ship types?

Here are their names and a general description.

What are some of the weapons and ship technologies players can look forward to? 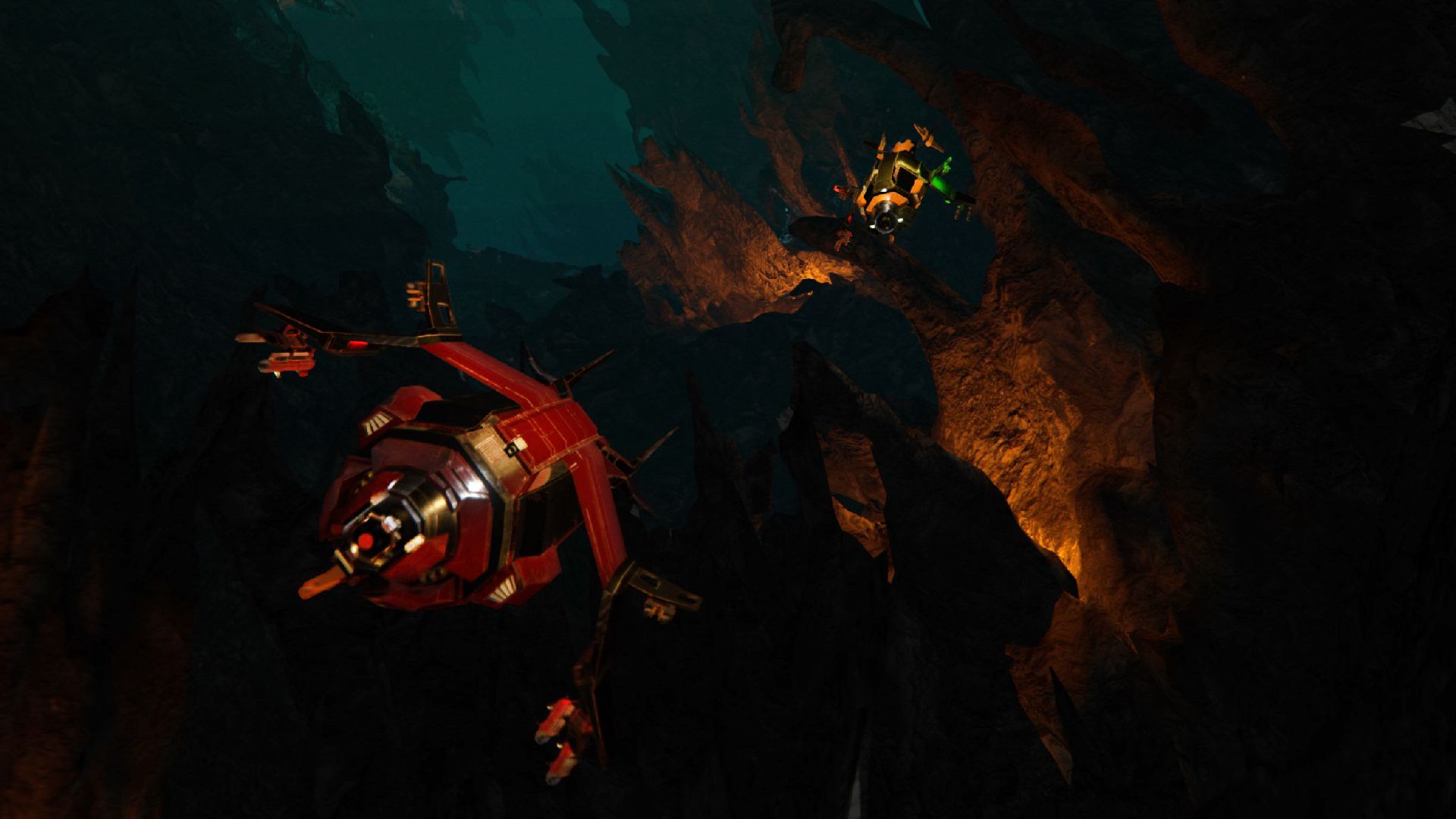 How will Descent Underground be similar to the games from the 90s and how will it differ?

The style of flying around in Six Degrees of Freedom in a first person view will be fairly close, but the additional game play will enrich the experience infinitely – and the fact that your ships all have different capabilities, and voxel maps will create emergent game play, it is just a much deeper, richer gaming experience – we think you can take the core elements and enhance them with cool 21st century graphics and gameplay elements and you will have an all-new gaming experience that will feel a little familiar but in a great way.

Will the game largely take place in open space, or in narrow corridors?

Narrow corridors will be the general rule, but there will be some maps that have a lot more room in them to maneuver. We will cater to both of those itches and let the player scratch whichever one they like the most. 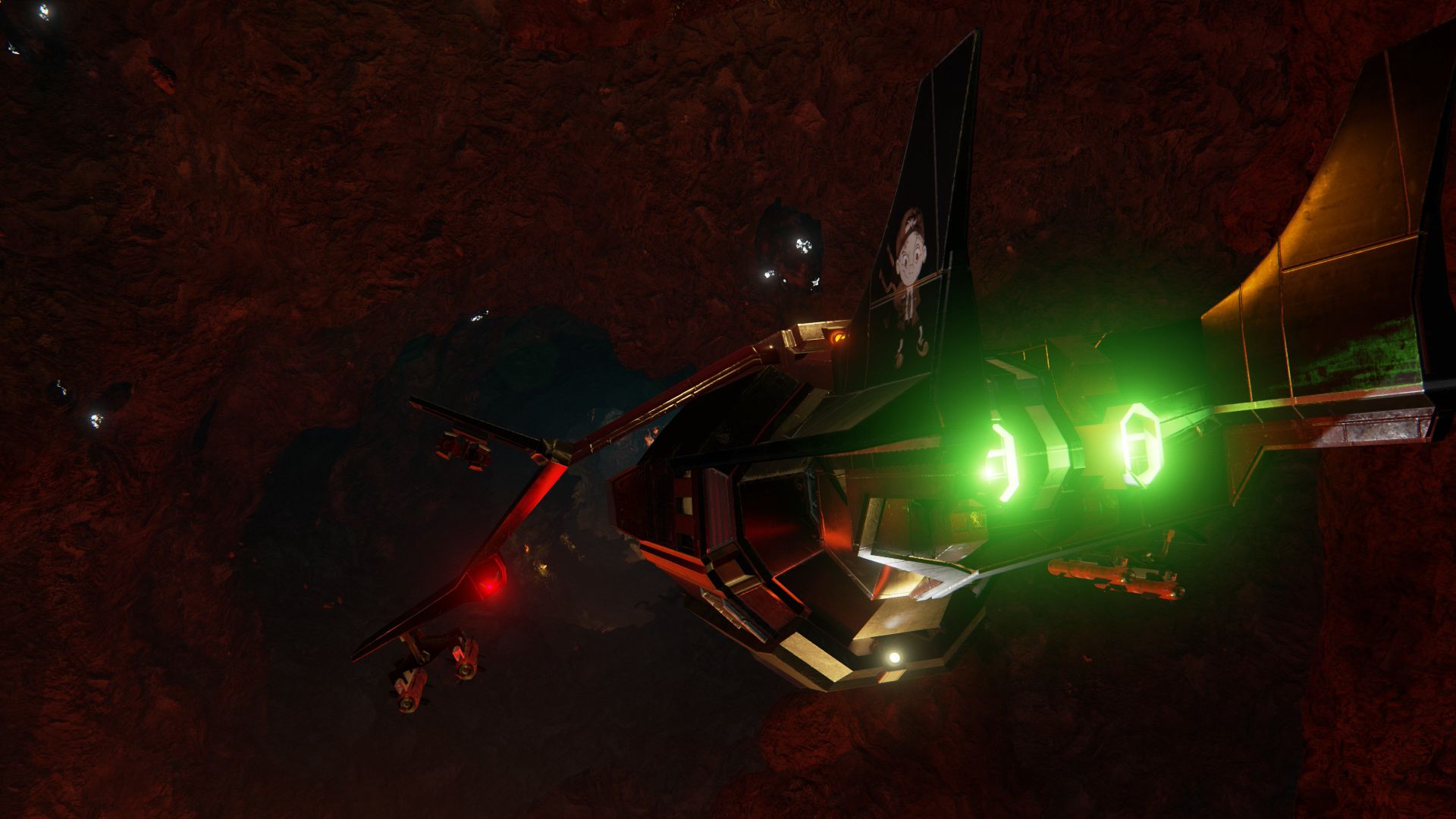 Yep, we plan to constantly be adding maps, and new weapons to the game – and we have a proving grounds where players can submit their own maps and game play ideas to add to the overall universe. Mod tools are a definite part of our plan.

Can you do a barrel roll?

I can’t even do a summersault. LOL – oh, you mean in the game – of course you can!

What platform(s) will Descent Underground release for?

We are PC focused, Descent is a PC based experience, and that is what we are building.