The ongoing renaissance of Final Fantasy XIV continues to be quite the story to behold. Since blowing everything up and starting from scratch, Final Fantasy XIV: A Realm Reborn has become one of the most beloved MMORPGs available and now Square Enix is seeking to expand it further with the upcoming Heavensward expansion.

As Square Enix explains more of what's coming at this year's PAX East panel, Shacknews had the opportunity to learn more about the new content during this year's Game Developers Conference. In addition to revealing many of the new features set to debut with the expansion, Final Fantasy XIV director Naoki Yoshida was also on-hand to explain some of the ins-and-outs of Heavensward.

"With Heavensward, we've been aiming for a more mature fantasy, in the sort of imagery that we portray," Yoshida told Shacknews via a translator. "If you're interested in a more mature-themed fantasy story, this would be a great place to start. It's kind of a step away from your typical Final Fantasy, in that it's a little more dark and mature. Another big element of Heavensward is that we're taking to the skies, so we have the airship and flying mounts, so that's another major element that we're recommending people look out for." 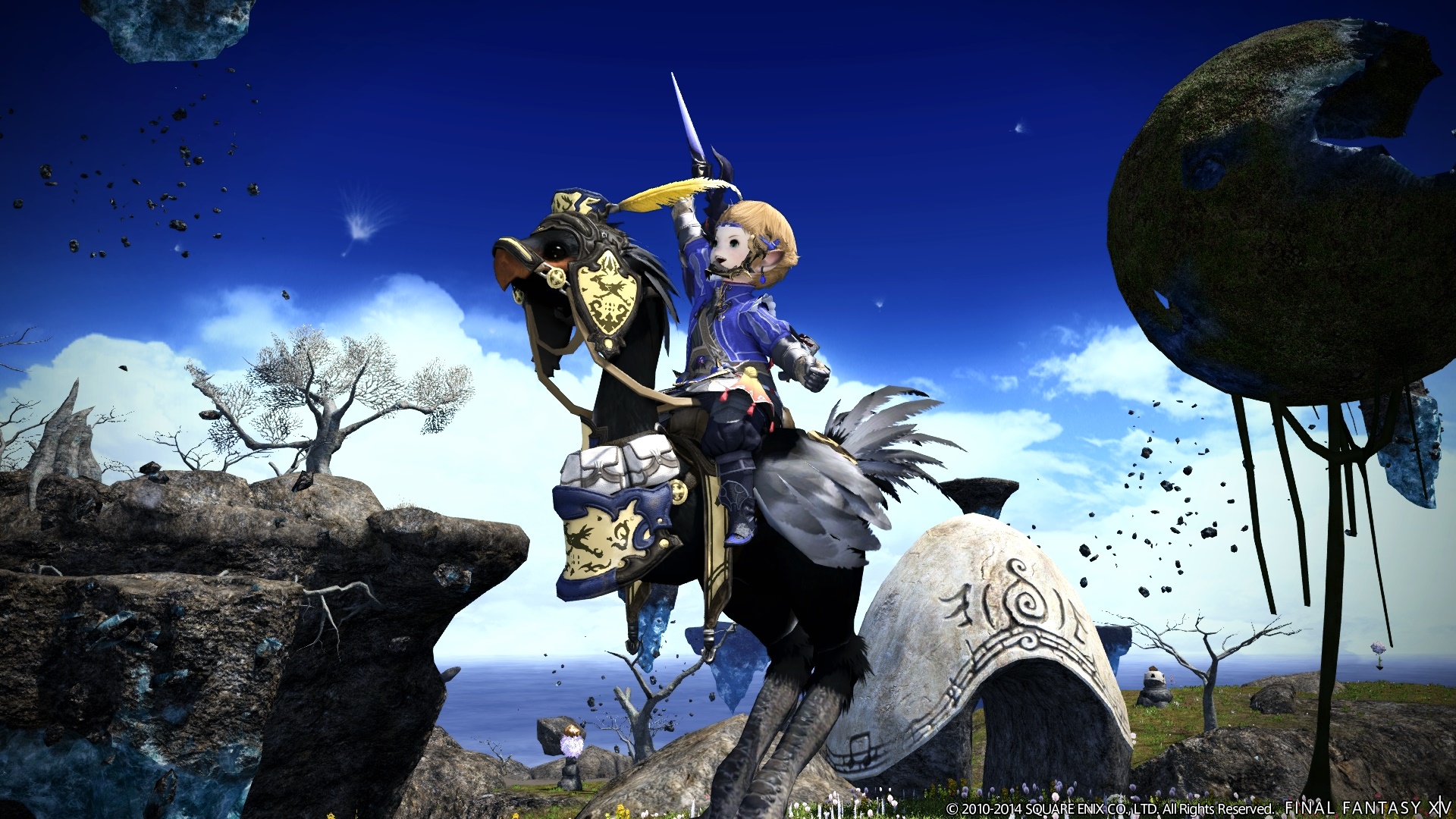 Final Fantasy XIV is in the midst of completing the narrative contained within the 2.5 patch, including the final chapter of the Crystal Tower story. While Square did not reveal explicit spoilers as to how the story would progress, they did point to where it would all be leading. Heavenward will take players into the frosty city-state of Ishgard for the first time. The knights of this land have engaged in a millenia-long conflict with the dragons of Dravania called the Dragonsong War, a brutal struggle that players will come to learn more about over the course of the expansion.

As mentioned, Heavensward will take players into the skies and they'll need ways to take to the air. That's why the expansion will introduce flying mounts, like winged chocobos and dragons, which will travel exponentially faster than ground mounts. For those aiming to go more mechanical, there's also the option to construct single-rider airships that can be fully customized.

There's plenty to explore in the sky, too. On top of venturing into Ishgard, there are several bodies of land floating along wild blue yonder. Players will explore them all throughout the story, including one site that should be very familiar to long-time series fans: the Floating Continent from Final Fantasy VI. 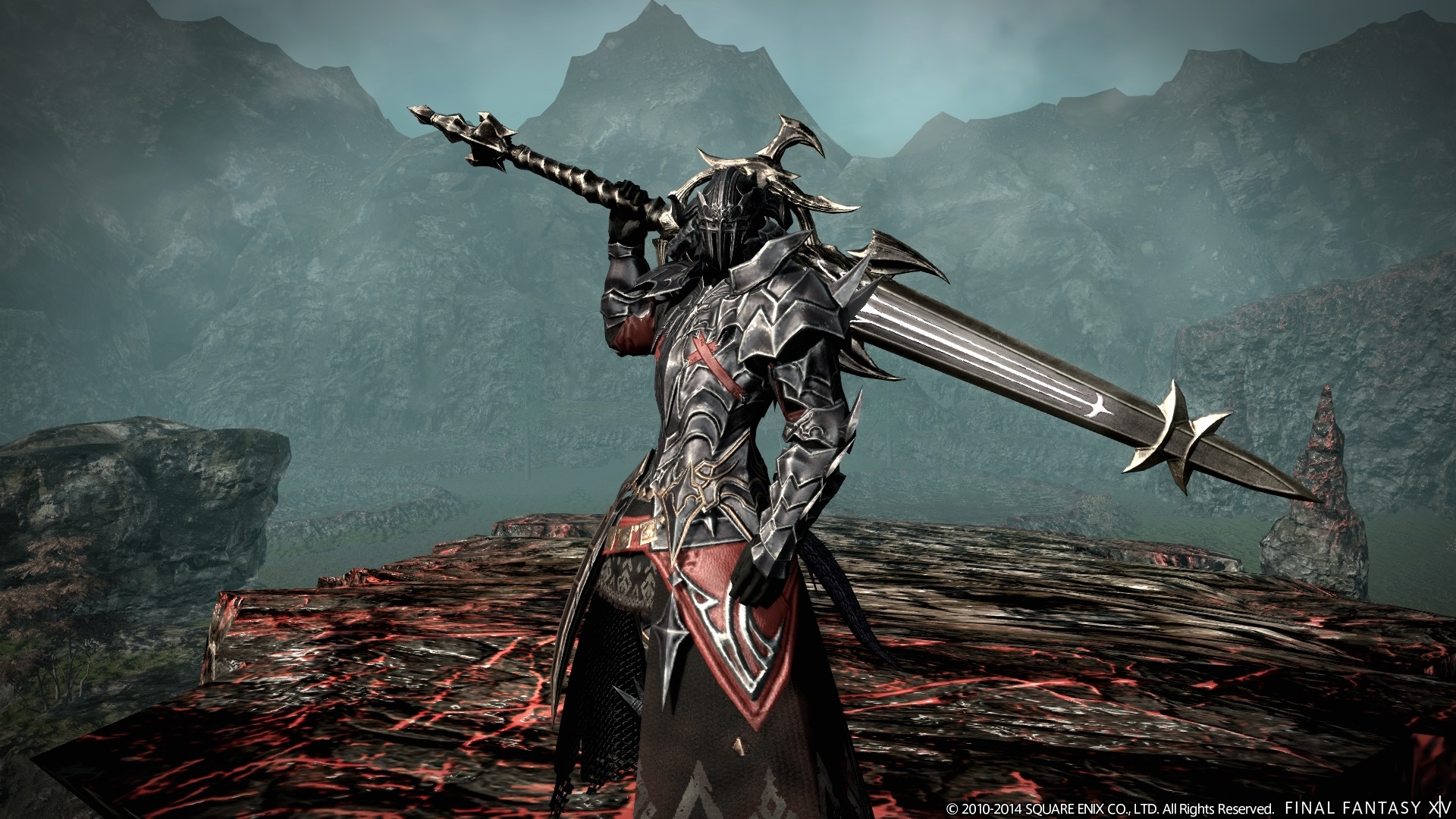 Heavensward will come with a few new ways to play and that'll include a whole new race called the Au Ra. This scaly humanoid race sports curved horns along the head and a warrior's spirit, hailing from the eastern continent of Othard. Final Fantasy XIV players have seen the Au Ra spread throughout the game, cloaked in the shadows, but the events of 2.5 will finally prompt them to come out in the open. 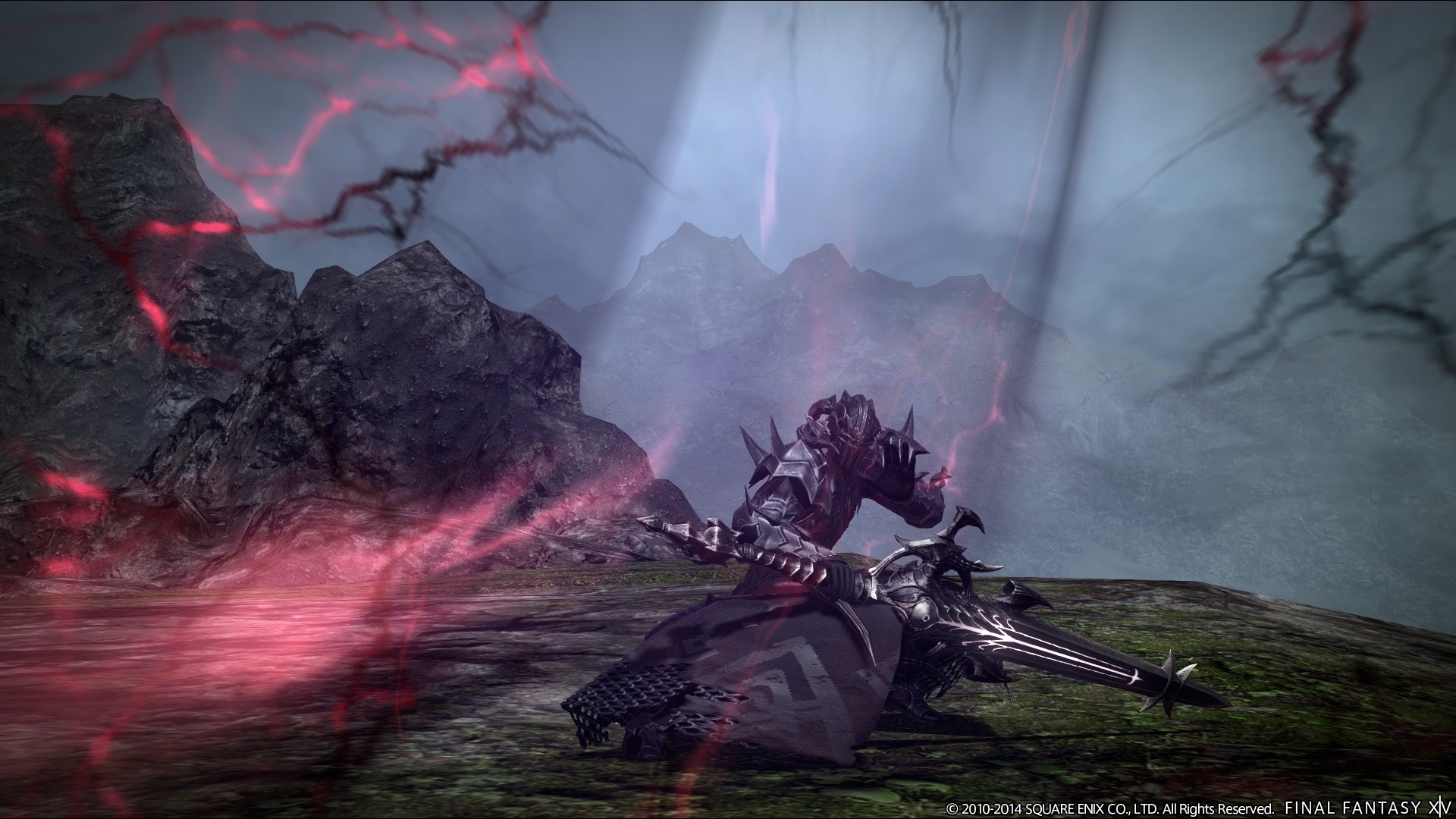 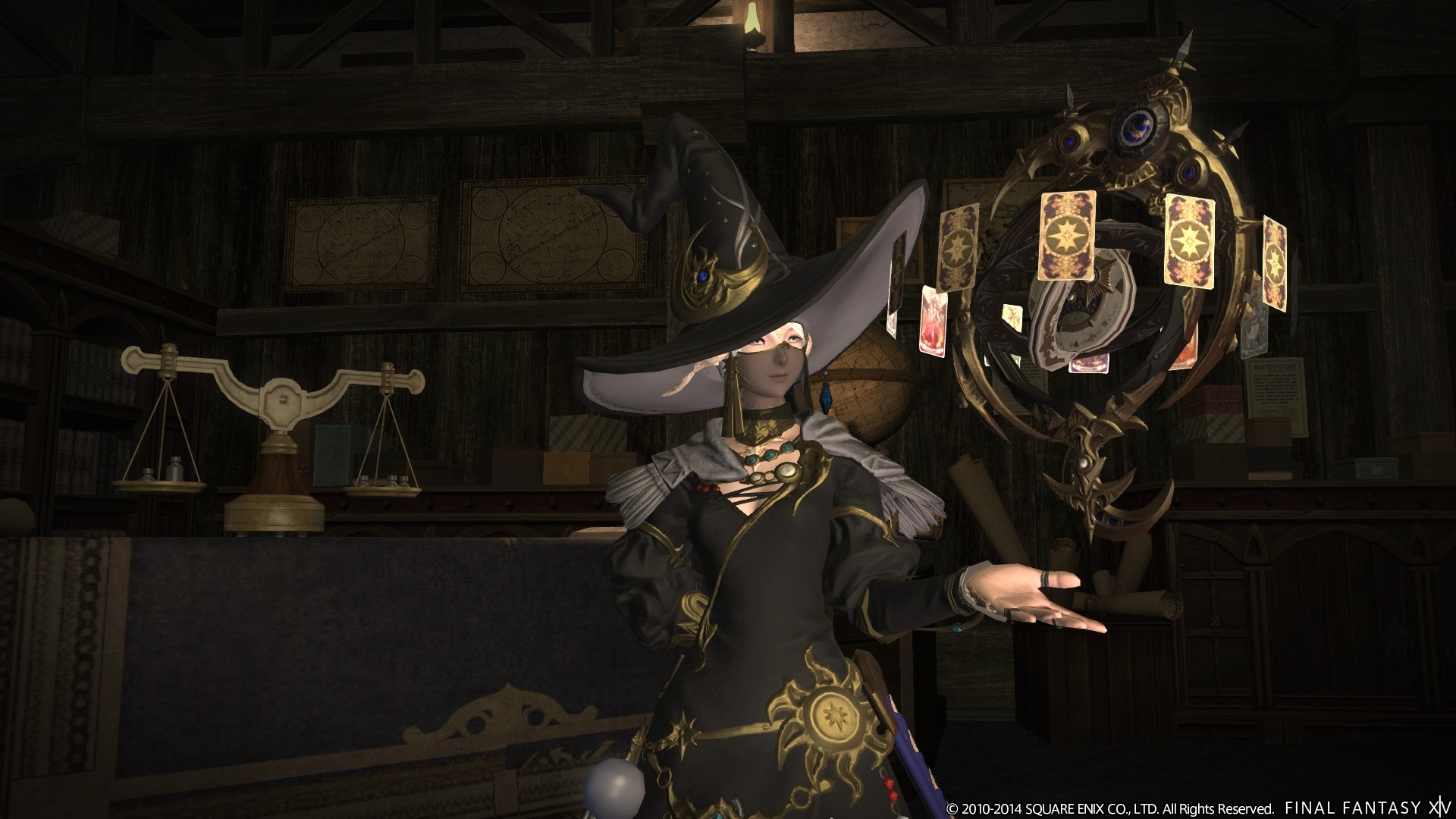 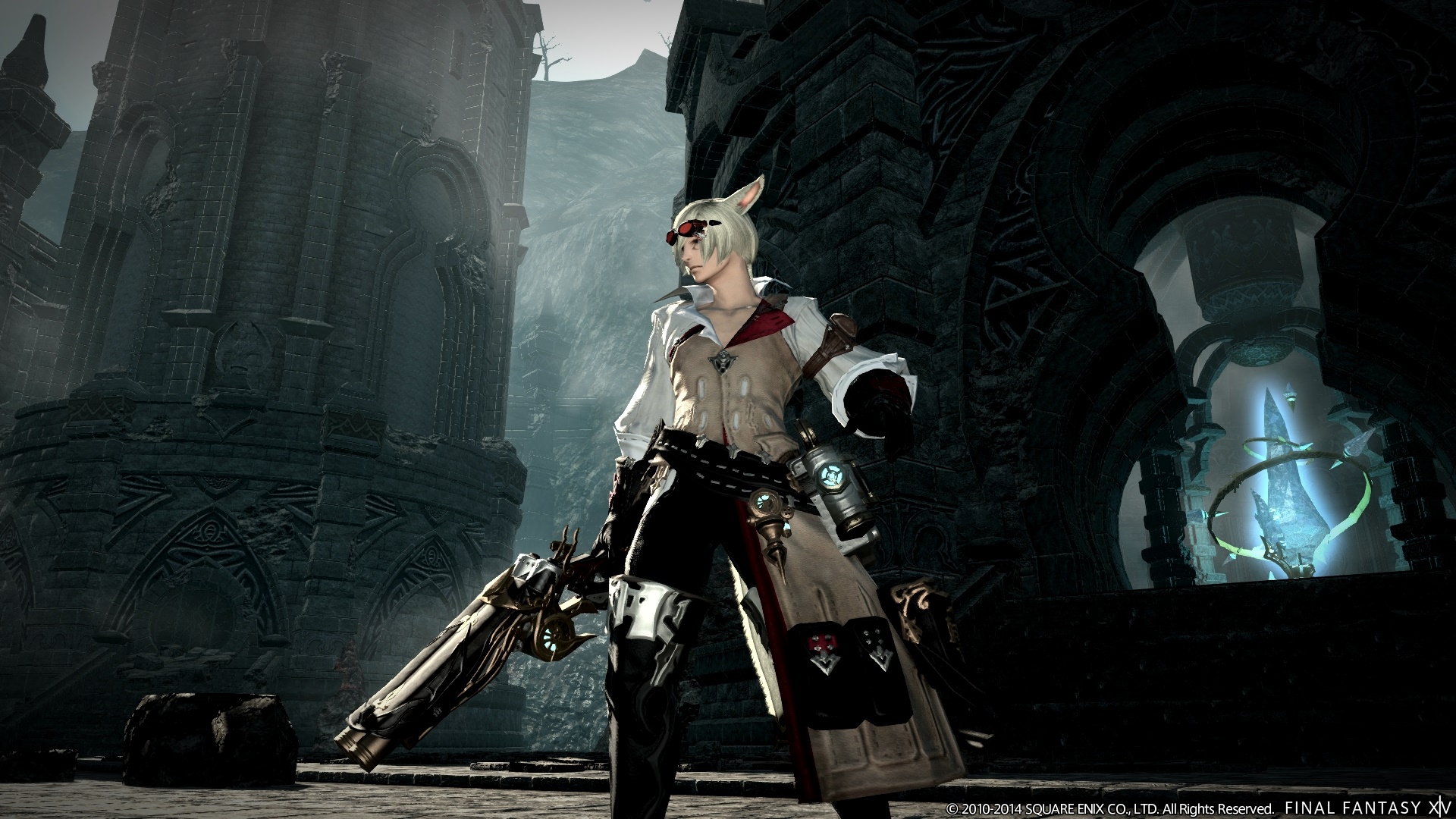 "If I had to pick [a favorite], I definitely like the design of the Dark Knight equipment and gear," Yoshida added. "I've given very specific directions and paid special attention to different details on the armor that the Dark Knight wears."

While the new jobs will come with their own look, gear, and abilities, that's not to say that current jobs will be left out in the cold. Look for whole new gear to become available for the myriad of jobs that are already in the game. 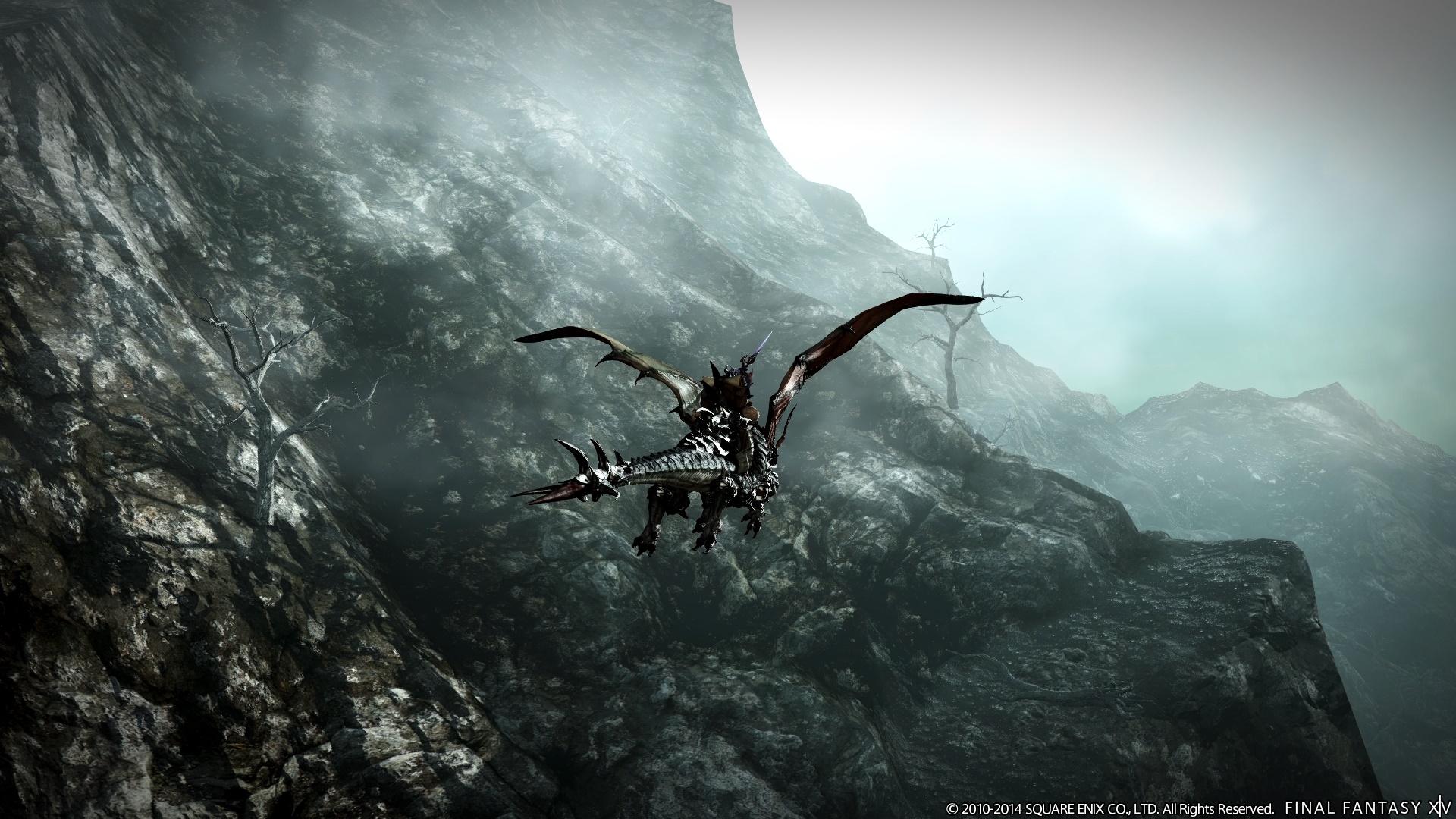 Advanced players got immense pleasure out of Final Fantasy XIV's more difficult raids, with the Coil of Bahamut prime among them. Heavensward will look to continue this tradition with another new high-end raid series. This will bring forth another piece of Final Fantasy fan service, as players will storm the massive mechanical beast known as Alexander.

The Final Fantasy VI primal behemoth will debut after it is called forth by Goblins. Of course, while Goblins have often been something of a nuisance, they've never been so capable of calling upon such an instrument of destruction. So part of the raid will answer the question of exactly why the Goblins have taken the drastic measure of bringing Alexander to the forefront.

Alexander will appear as a massive mechanical colossus, so the raid will be split into four parts, much like Coil of Bahamut. Square is anticipating those that are looking to experience this simply for the story, so an easier Story Mode version will be put in place. However, those willing to test their mettle will find a Hard Mode that Square expects to be more difficult than anything Coil of Bahamut had to offer.

"You'll get the opportunity to choose which mode you want to go into, depending on your skill level," Yoshida explained. "Because this is raid content, we can't say too much about the gimmicks, but what can be said is that not only is Alexander like a castle, but it's also a primal. It's got the different body parts that exist, so you actually go into the Primal and fight the different body parts. In terms of structure, you'll have four bosses, same as Coil of Bahamut, but the level design is going to be focused on the different bosses that the players will be fighting. "Also, in terms of the rewards that will be dropped in that raid, we do intend to make adjustments to the roles of the items that will drop. So you won't have a situation in which you've fought for seven weeks straight and you never got an item dropped for a Knight or something like that. Once we get closer to the launch of Heavensward, we will definitely share more information and details as they become available."

With Heavensward set to deliver Alexander, the Flying Continent, the Great Sword, and other familiar Final Fantasy elements just weeks after re-introducing the Golden Saucers from Final Fantasy VII, Yoshida is proud to introduce classic elements of the series that make this the definitive FF MMO experience. And according to him, there's more to come.

"There's an element, Eureka, that hasn't been explored within Crystal Towers," Yoshida added. "So I definitely want to revisit that in the 3.x patch series as a true conclusion to that arc. And also, we briefly touched upon it in by name in patch 2.3, but Omega might be playing a role within the realm of the 3.0 and 3.x series."

Players can also look forward to a new cap of level 60, as well as new crafting materials, recipes, beast tribes, primals, and more. And to continue the theme of fan service, look for iconic Final Fantasy composer Nobuo Uematsu to craft the Heavensward theme song.

Pre-orders for Final Fantasy XIV's Heavensward expansion will open up on March 16, with all-in-one packages that include the base game also set to become available. A Collector's Edition will also include a collectible statue, a Fantasia potion that will allow players to change their race, and more. The expansion is coming to PC, PlayStation 4, and PlayStation 3 on June 23 with early access available on June 19. Also, look for Final Fantasy XIV to debut on Mac around the time of Heavensward's arrival.