There are several components that will comprise the Guild Wars 2 expansion Heart of Thorns. While PvE was previously discussed in an earlier preview, there's another part of the game that Shacknews had the opportunity to check out and that's the new PvP mode set to debut. Stronghold adds a new wrinkle to the competitive side of Guild Wars 2 by sprinkling in a distinct MOBA flavor. Shacknews recently had a chance to try this new game mode out and observe this distinct cross of two genres.

Stronghold is a smaller affair, pitting teams of five against one another. The main objective is to kill the opposing team's guild lord, who's locked away safely behind the gates of their stronghold. There are several stages to go through before finding the lord and they involve breaching the enemy gates.

Players themselves cannot break through any of the gates, but rather they must usher in doorbreakers to pave the way forward. For the first part of Stronghold, players either act as defense against opposing doorbreakers or as escorts for their own doorbreakers. They can also gather supplies to help spawn in additional doorbreakers or bring in archers to assist in taking out enemy forces. After breaking through the last of the enemy gates, the opposing team's lord is vulnerable and players must take the fight directly to them. The first team to kill the other team's lord is the winner.

Along the way, mist essence will appear on either side of the battlefield. Finding it will allow team members to summon in powerful hero characters to fight on their behalf. The hero will make a beeline for the farthest point of progression and if teams have made their way into the guild lord's room, the hero can unleash an area-of-effect attack that will dispatch foes and take out a chunk of the other lord's health.

As the rules may imply, there are more than a couple of MOBA ideas that can be found in Stronghold. For one thing, there are three lanes to keep an eye on: the lane towards the enemy lord, the middle lane leading towards the supply area, and the lane leading towards your lord. All of these lanes must be kept populated as much as possible, which means collecting supplies to spawn in minion characters, whether they be the offensive doorbreakers of the defensive archers.

Just as in a MOBA, teamwork and strategy are absolutely essential to success. As one might imagine, with many people playing this game mode for the first time last week, the uncoordinated teams were crushed fairly quickly. Teams need to determine who walks with the doorbreakers, who plays defense, and who takes the time to hit the supply area for additional help. Teams must also adapt on the fly and be ready for unexpected snags at any moment. In one instance, I resigned myself to picking up supplies to spawn in defensive archers, but with only one supply area, I quickly found myself overrun by two opposing team members that were occupying the same area. Outnumbered, I rushed out and went to find help, essentially leaving the supply run role vacant until I could find backup. 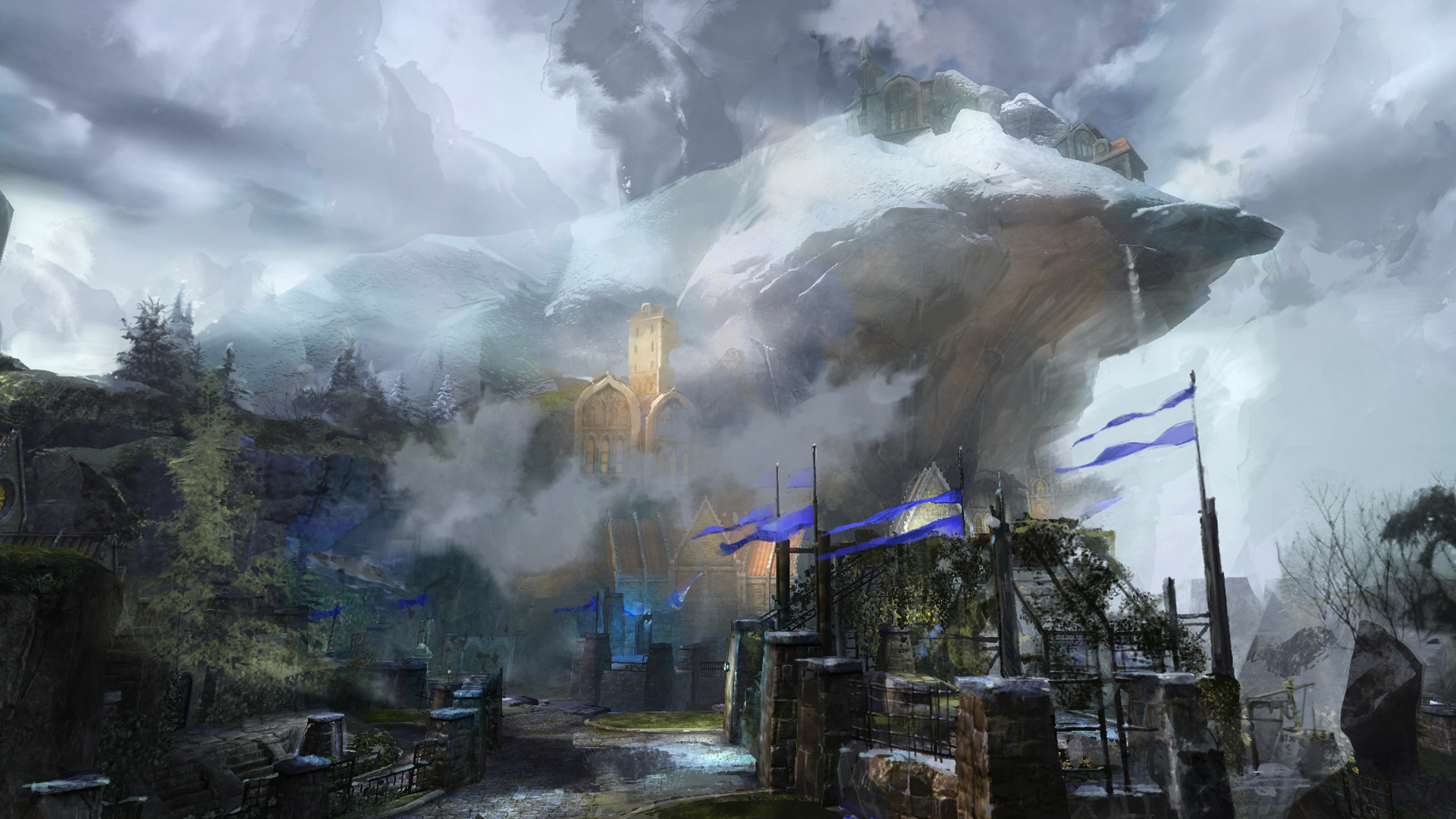 For honor and glory

Even with the complex ruleset, games flowed surprisingly fast. Once the gates are all broken, the opposing lord is pretty much on borrowed time and teams can simply focus on spawning archers, since doorbreakers cannot harm the enemy lord. Based on observations from playing through several sessions, getting ahead early means everything and there's almost no room for epic come-from-behind victories. Granted, ArenaNet can still issue balance tweaks and they'll be monitoring the public hands-on demos at PAX East and EGX Rezzed very closely to determine what needs to be tweaked. One thing to note is that it doesn't emphasize the vertical aspect of combat that's become a central feature of Heart of Thorns' PvE changes, playing more like an extension of standard Guild Wars-style PvP.

As far as PvP diversions go, Stronghold gets credit for originality and recognizing the right aspects of MOBA gaming to cherry pick. Games flow quickly enough to warrant multiple playthroughs and sessions are small enough to jump in with a small circle of friends.

Guild Wars 2: Heart of Thorns is coming soon to PC. Those attending PAX East this weekend or EGX Rezzed in the coming weeks will get their chance to go hands-on with the expansion for the first time.

This Guild Wars 2: Heart of Thorns preview was based on a pre-release PC demo of the game at an event where transportation and accommodations were provided by ArenaNet.