Opinion: Why Nintendo's lack of Amiibo availability is primed to hurt

Sunday morning marked the official rollout of the third wave of Nintendo's Amiibo wave of figures. Many of them are available across a number of outlets, but it was also the first of the waves to feature retailer-exclusives. With a handful of figures from the first two waves still unavailable, there was hope that Nintendo would foresee the demand from its rabid fanbase and issue enough supply to keep everyone happy.

By the time I exited the local Target that morning, it was painfully clear that this wasn't going to be the case… again. That's a big loss for fans, but at the end of the day, it's going to be a much bigger loss for Nintendo.

Nintendo has had two waves to figure out that Amiibo figures were a much bigger hit than they could have anticipated. They had nearly three months to realize that supply for many of the figures was woefully low, in proportion to how many people were out looking to get a piece of the pie. They also had that long to fix any shipping issues. Unfortunately, it looks like nothing much has changed. 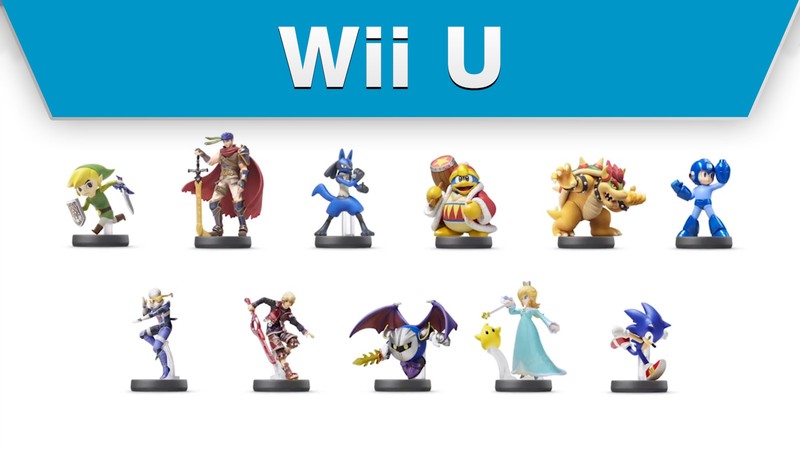 After waking up at 6:45am local time, it was time to head to the nearest Target, in anticipation of the retailer-exclusive Rosalina & Luma. The realization quickly sunk in that there was a severe miscalculation, since Target didn't open until 8am. Despite that, as I pulled into the store parking lot, I noticed about 20 people camped out and already forming a line at the door. Unless they were there for bath towels, they looked to be in line for the Amiibo rush. When the store opened, a line formed around the cash register, where each person could claim one of each Amiibo. After about a dozen people, I picked up Rosalina & Luma and noticed there were only three left. I suggested that the worker should get the rest of the supply, but he told me that what I saw was the remaining supply. Same went for Bowser and the same was also the case for Toon Link, the last of which was sold out seconds before my turn came up.

I was staggered to look online and see that third wave Amiibos were not only selling out across all stores, but they were selling out within minutes. This was also the case for Sheik and Lucario, both of which were at the nearby Toys 'R Us. All Targets quickly sold out of Rosalina, Bowser, and Toon Link, meaning anyone that woke up even an hour late was already out of luck. Nintendo was clearly unable to meet this demand, either.

It's staggering that Nintendo has witnessed the consumer madness for Amiibo figures and has still been unable to keep up. The publishing giant saw the seeds of insanity sown after first announcing that Villager, Marth, and Wii Fit Trainer had been discontinued. Yet the second wave came along and was unprepared to meet the demand for characters like Captain Falcon and Little Mac, both of whom remain impossible to find. There was hope that the company would have been better prepared for the third wave, but those hopes were shattered within an hour.

The other aspect of the Amiibo phenomenon that has plagued Nintendo has been shipping snafus. Those that went searching for Pit were disappointed to see he was nowhere to be found. When asked by customers, workers at outlets like Toys R Us and GameStop informed them that shipments from Nintendo had been either delayed, canceled, or lost altogether. Pre-orders placed from GameStop or Amazon were either delayed or canceled altogether. The rollout had been a complete disaster, forcing consumers to pay outrageous prices on the secondary market.

Those thinking this would change were quickly disappointed by Best Buy, who were slated to release their retailer-exclusive Meta Knight Amiibo. The first person to notice this was Chatty's RevRaven, who heard from Best Buy that Nintendo reps had silently pushed Meta Knight's release back all the way to April.

The issues with Meta Knight's availability highlights the big problem with Nintendo's lack of preparation. As Mecha Tofu Pirate points out, the idea of Amiibo is presumably for Nintendo to showcase their new figure-based technology. They made Amiibo a major aspect of their most recent Nintendo Direct, revealing functionality for Kirby and the Rainbow Curse, Captain Toad: Treasure Tracker, Mario Party 10, and Code Name: S.T.E.A.M. Just how is Nintendo supposed to demonstrate this tech to its fullest potential if its figures are this hard to find? Kirby and the Rainbow Curse hits this month, with Meta Knight's function revealed at the aforementioned Nintendo Direct, yet he's now slated to hit in April. Rosalina will have a dedicated game board in Mario Party 10, but her figure sold out in minutes and there's no indication that supply will be replenished anytime soon. Players will not get the opportunity to exercise these extras if the figures are not available unless they turn to secondary outlets like eBay and pay exorbitant prices. Worse for Nintendo, they will see none of this money. The secondary market does not benefit them in any way.

There's the old adage of "fool me once, fool me twice, etc.," but what happens when users feel jilted a third time by Nintendo's lack of preparation for the Amiibo rush? What's to say this won't happen again with the upcoming fourth wave or with the Super Mario Bros. line of Amiibo? What's to say customers that are searching for Toad (in hopes of his exclusive Captain Toad functionality) won't be left out in the cold, especially when retailers have already canceled pre-orders at a moment's notice in recent weeks?

High demand for the new hotness is good for Nintendo in the short term, but the appeal will only last for so long, especially if the customer base continues to get burned in this fashion. Nintendo may reap the short-term benefits of the customer clamor now, but if that hunger continues to go unsatisfied because of a lack of preparation, the House that Mario Built may be in for some more long-term consequences.

Shack Chat: What was your scariest moment in a video game?