The LucasArts game catalogue has seen a much-needed resurgence in the past couple of years, attracting newer audiences and developers who wish to get in on the fun. With renewed interest in these lost hits, we're seeing sequels to cult classic, new tales with familiar heroes, and more easily accessible releases for previously hard-to-find games. More importantly, with the most recent addition of a remastered edition of Grim Fandango into the fold, there’s a surge of classics being remade for modern consoles and platforms.

A brand new generation of gamers will now be able to join the skeletal Manny as he explores the Underworld thanks to Grim Fandango Remastered, and its overtly Spanish motifs and "Day of the Dead" inspiration that give the game an otherworldly feel. What’s more, famed cult hit Day of the Tentacle is also headed for modern platforms, introducing adventure game fans to the most maniacal tentacles the world’s ever seen. Looking back on things, it wasn’t too long ago that The Secret of Monkey Island was given a gorgeous new remastered release, paving the road for several other beloved LucasArts titles to be reborn for legions of new players ready for a brand new story to discover.

It all makes you wonder about what could be coming down the pipeline next, with a treasure trove of games in the LucasArts repertoire. What could we see receiving remastered or special editions in the future, and what’s ripe for re-release? Here are five ideas as to what might make the biggest splash as the most recent additions to a modern LucasArts video game library. 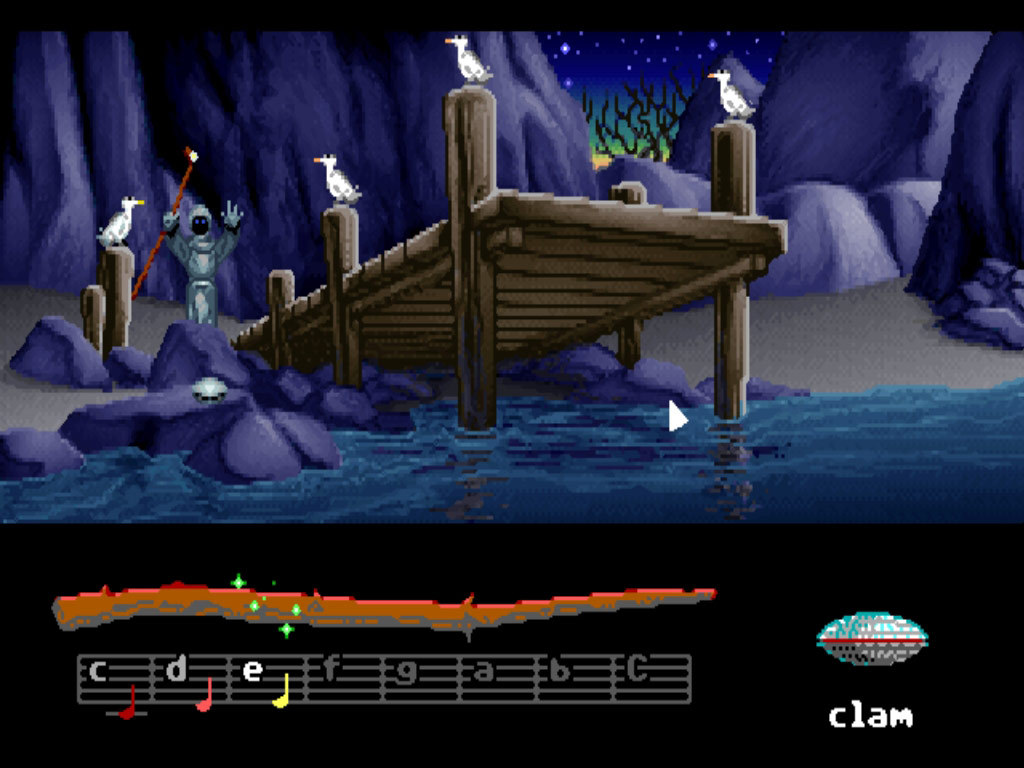 Classic LucasArts adventure games primarily focused on humor and licensed stories to propel them into cult status, but Loom was a departure with a complex fantasy tale. Loom details the realm of the Age of the Great Guilds, far into the future with the starting date of 8021. A guild of individuals known as Weavers are responsible for "weaving" the very fabric of reality, though they're persecuted and treated like witches. They're sent away in exile to the coast of an island known as Loom. When their great loom on the island is taken evil forces, it's up to you to as child Bobbin to make things right again. Rather than relying on items and interaction with the environment in order to solve puzzles, it tasked players with learning "drafts," or tunes consisting of four notes to be played via the protagonist's distaff. In this, it provided much-needed new challenges and landscapes not yet seen in adventures prior.

With today’s distinct focus on nontraditional adventure games, it would be a shoo-in for remake status, especially given the fact that it relies on thematic musical elements to relate its tale. In a world where we’re seeing recycled content both in and out of games, that’s something to look forward to. Given to the right independent developer (or larger-scale creator) it could boast a new wave look with plenty of tweaks to the storyline and gameplay that would very easily boost it up to cult status once more.

You missed out if your adolescence doesn’t include jamming with hardened biker Ben of the Polecats, a gritty motorcycle gang. Ben is inadvertently mixed up with some shady customers, a murder, and a plot to turn a shareholder's company into a minivan manufacturer. Plenty of dark humor, sardonic narrative, and some of the oddest combat you'll ever see permeate Full Throttle, the game all about the bonds between bikers and their brethren, and the craziness going on within.

Another title to employ the SCUMM engine, there are several instances during which you can retry segments that give you problems, much like with modern titles in the Telltale Games series -- if you make a mistake, you can always head back to an old save for another try. With dystopian themes and rock and roll acting as the perfect backdrop for a 2015 resurrection, Full Throttle is an excellent candidate for rebirth. 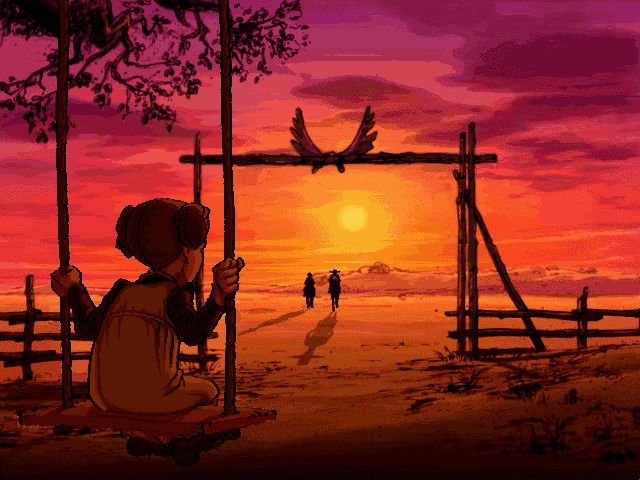 Western games aren't exactly a dime a dozen these days, and 1997's Outlaws scratched the itch we all had pre-Red Dead Revolver and Red Dead Redemption in a way that few other games have been able to since. Step into the shoes of ex-U.S. Marshal James Anderson, who's having a pretty awful day. After he goes shopping at the local general store, his wife has been killed and his daughter kidnapped. The culprits are two snide outlaws working under an insufferably evil railroad baron.

The result is a twisting tale of intrigue and betrayal that can rival today’s modern shooters, especially given the fact that it lovingly heaps attention upon its protagonist, offering missions for additional story information. There are even bonuses for taking in outlaws alive rather than killing them -- a rarity for its time, encouraging you to think outside the box rather than taking the easy path. For these reasons and more, it’s a forward-thinking shooter that deserves another chance to woo gamers. But it’s in dire need of a graphical overhaul, and its hand-drawn aesthetics and cartoony atmosphere would lend themselves well to a remastered world a la XIII or its cel-shaded descendants. Also, given the fact that it employed a modified version of the Jedi game engine seen within Star Wars: Dark Forces, a few tweaks to gameplay would be necessary.

Inviting the Outlaws back into the modern video game world would be a smart move overall, especially considering the title's pioneering sniper zoom feature, the first of its kind that launched hundreds of similar copycats. Multiplayer would remain an absolute blast, with the game's explosive mod community having continued to create maps all the way up to late 2012 after more than 1,500 were created over the course of its life cycle. It would certainly fit in quite nicely as a Steam title or PC exclusive at the very least, where gamers would be content to bait each other while dipping back and forth between boxcars taunting "Where are youuu, Marshalllll?"

Day of the Tentacle is already receiving a remastered release, but Maniac Mansion is the game that started it all. The point-and-click title that many a gamer looks back fondly on was one of the most quirky and intriguing adventure games of its time. You can actually play Maniac Mansion in full by accessing it through Day of the Tentacle, but it's about time for a proper reboot of the game, wouldn't you say? If you're going to delve into the lore, why not start at the beginning? Maniac Mansion follows the bizarre Edison family, comprised of Dr. Fred, Nurse Edna, and their son Weird Ed. You mustn't forget their strange tentacle companions, one green and the other (nefariously) purple.

After a meteor crash prompts Dr. Fred to begin experimenting on human brains and sucking them right out of the heads of his subjects, the game's protagonist Dave Miller finds that his girlfriend has gone missing... can you guess who takes the blame? It's up to Dave to head into the mansion and find out what he can, while attempting to rescue girlfriend Sandy Pantz. It could be entirely remade and gifted with the same art style that gave Day of the Tentacle its distinct charm -- with the appeal of modern adventure games, it's really about time someone went to the trouble. I smell a Kickstarter in the works.

The Star Wars universe is a gritty, dark place, and few games exemplify that like the Jedi Knight series. The wise-cracking Kyle Katarn, protagonist of Dark Forces and rough around the edges former Imperial stormtrooper, is an immediately likeable and identifiable character. Channeling Han Solo snark and Luke Skywalker earnestness, he won the hearts of players with sarcastic quips and memorable moments throughout Dark Forces and its subsequent sequels. Kyle is an instantly entertaining character with a ton of depth that many modern productions lack, and a introducing him to a new generation of gamers would be great.

Joining the crew of the Moldy Crow (Kyle’s erratically-named ship) as they hunt down General Mohc and his Dark Troopers (advanced droids with battle plating that resemble regular Stormtroopers) again would not only feed nostalgia, but should also prove to be fairly simple to remake. The game’s already got a great story and a built-in fanbase, so it’s obvious that EA would have little trouble scoring a hit with a retelling of this classic.

With Disney acting as licensor for LucasArts and choosing to partner with EA on future Star Wars games, the game makes perfect sense for a remake. EA has found proper success with games like Battlefield, and the Frostbite 3 engine is already being implemented for use in future Star Wars games, so this all seems like a possible match made in heaven -- well, heaven for Star Wars fans, at least.

LucasArts may be gone, but it’s far from forgotten. It produced some of the most iconic video games ever made, and preserving their wonderful stories through remakes and HD remasters is a service that brings hundreds of thousands of gamers, old and new, joy. One of the reasons I got into gaming was the magic of the ScummVM games and I’ll always owe a debt to the minds behind those classics.

ShackStream: Indie-licious gets the slap-happiest in Slap City
Login / Register