Ask any fan of old-school adventure games who their favorite development studio is, and you’ll hear many say LucasArts. LucasArts was known for delivering top-notch adventure games back in the day that required its players to put a lot of thought to complete puzzles, all the while entertaining with wit and humor that keeps fans playing their games over and over again. One of the best games from the days when LucasArts was considered one of the kings of adventure games was Grim Fandango, which is why Tim Schafer and Double Fine decided it would be one of the first titles it would give the remastered treatment.

Grim Fandango Remastered brings the classic point-and-click adventure to the modern day as Double Fine has improved much of the game’s graphics, improved lighting, and remastered audio, among other special features. With the inclusion of director’s commentary, this appears to be the ultimate package for fans of the original game--but just like the film noir style from which Grim Fandango takes its inspiration, not everything is as it seems.

Walk Through the Valley

Grim Fandango Remastered features the classic story many of us recall from the original Grim Fandango that was released back in 1998. You play as Manny Calavera who is a travel agent for the Department of Death in El Marrow, although we learn he’s a reluctant employee as he’s forced into his job in order to work off a debt. Manny becomes frustrated with the clients he’s been assigned, so he takes matters into his own hands and decides to steal one from his boss, Don Copal. Unfortunately, things don’t go quite as planned, forcing Manny to flee from El Marrow and on a grand adventure to right a wrong he may or may not have been responsible for. 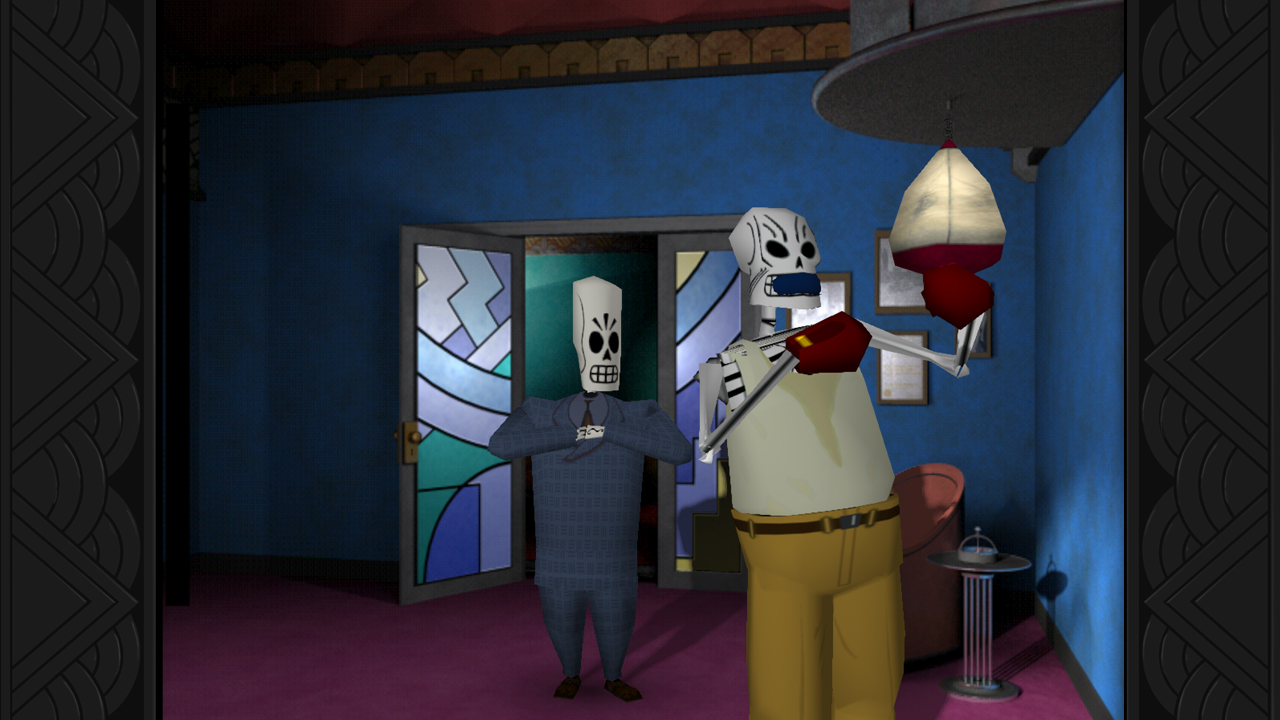 One of the first things I was impressed with was just how much work was put into the details of each character in Grim Fandango Remastered. All character models have received a new, high-resolution coat so they don’t look as jagged as their original models look. Grim Fandango includes the ability to change from the remastered version of the game to its original, which should offer players a peek at what the game really looked like back in 1998.

Unfortunately, not everything in this remastered version was touched with the high-resolution stick. Both environments and cut scenes don’t appear to have received as much love as characters have as they look largely untouched, which makes the rest of the game look rather unimpressive. This causes the improved character models to stick out to an unnatural degree. Early on, for example, there’s a cut scene that shows Manny traveling in a vehicle at night that looks extremely pixelated.

Grim Fandango Remastered can also be quite buggy at times as I experienced some that were varied from simple graphical glitches to more vicious bugs that would force me to restart the game. Early on in the game, Manny is able to pick up a loaf of bread, but there was one time where the bread was completely invisible. When I went into my inventory, the bread was still invisible, making it difficult to find. Other times Manny would get stuck in within the geometry that would cause him to stutter and be unable to proceed. I had to restart my game a few times in order to attempt to progress through this particular bug. 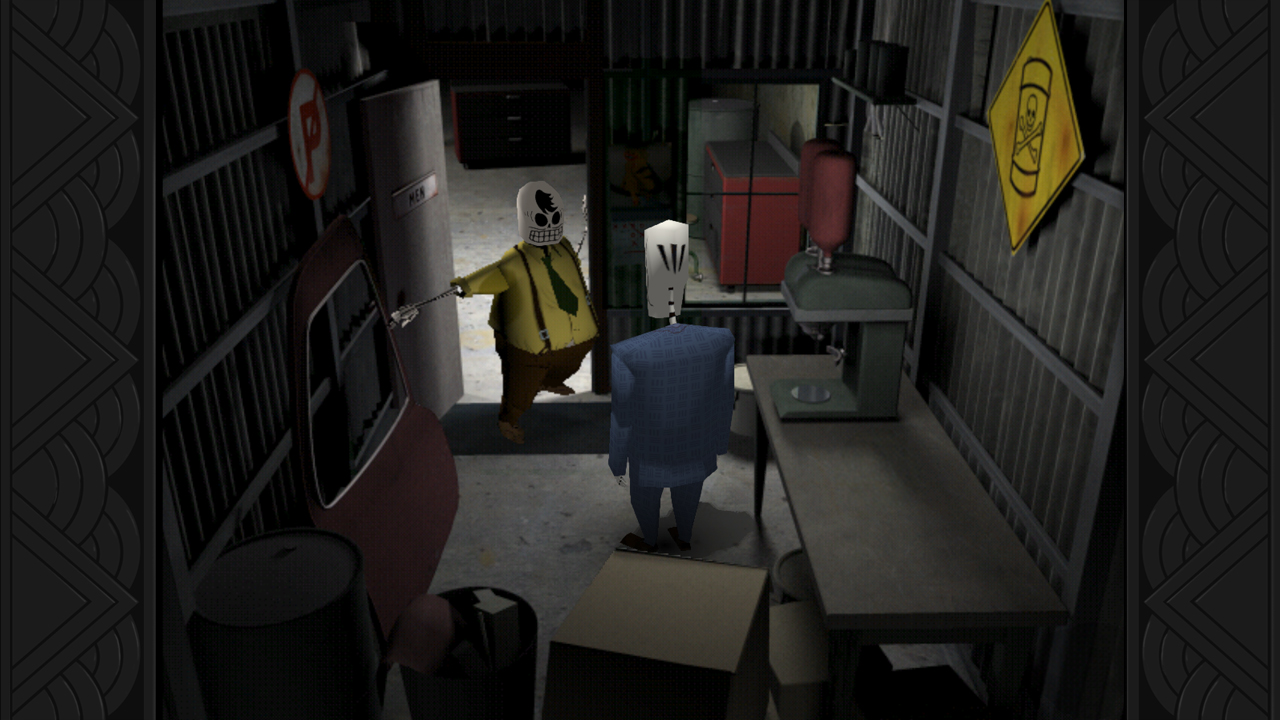 Graphical issues aside, what makes Grim Fandango such a great game that many continue to come back for more is the game itself. The story, cast of characters, and classic LucasArts-style humor. You get all of that with the remastered version as you’ll be partaking in one of the most memorable adventure games ever to be created.

What makes the experience so much worthwhile is the director’s commentary that can be accessed during most of the game. As you control Manny, a marker will pop up in the top-left portion of the screen indicating there’s a director’s commentary available for either a particular scene or something specific Manny is paying attention to. The commentary includes not only Tim Schafer, but also some key members of the development team that can offer a wide variety of behind-the-scenes information that fans are really going to enjoy. I spent a lot of my time reviewing Grim Fandango Remastered listening to the majority of commentary that I came across and it allowed me to appreciate the game, as well as the work that went into it, even more so.

Grim Fandango is a game that should be experienced, plain and simple. The combination of story, presentation, and atmosphere come together in perfect harmony to offer arguably one of the best point-and-click adventure games ever created. With that said, I was a bit disappointed to see the Grim Fandango not get the full remastered treatment I feel it should have received. I’ve seen other LucasArts titles like The Secret of Monkey Island and Monkey Island 2: LeChuck’s Revenge show more impressive remastering. After seeing what’s possible with those particular games, you could see why I’d be a little heartbroken at the rough edges and bugs.

I enjoyed playing through Grim Fandango once again. The game in itself is still amazing as ever, which made me all the more disappointed that it didn't get as much loving care as it should have.