Undeniably, the Resident Evil series has seen better days. The last couple of years has seen Capcom reliving through many of the series' classic installments, which is only serving to help erase the memories of its more recent installments. However, there was one RE game in recent years that lived up to the old survival horror classics and that was Resident Evil Revelations. With a sequel set to come in the next month, Shacknews decided to go hands-on with the episodic sequel during Capcom's recent Fright Club event in Los Angeles to see if it was heading towards the same path as the original.

Resident Evil Revelations 2 sees Claire Redfield and Moira Burton in captivity, attempting to escape a dilapidated asylum. The demo doesn't waste any time with introductions, starting right away with Claire and Moira headed down the asylum's depths with the only objective to escape. A security guard's corpse was hanging upside-down and he fell to the ground below when reaching for his keys. That's when the game started to follow the same Revelations formula, while also offering up some new twists. 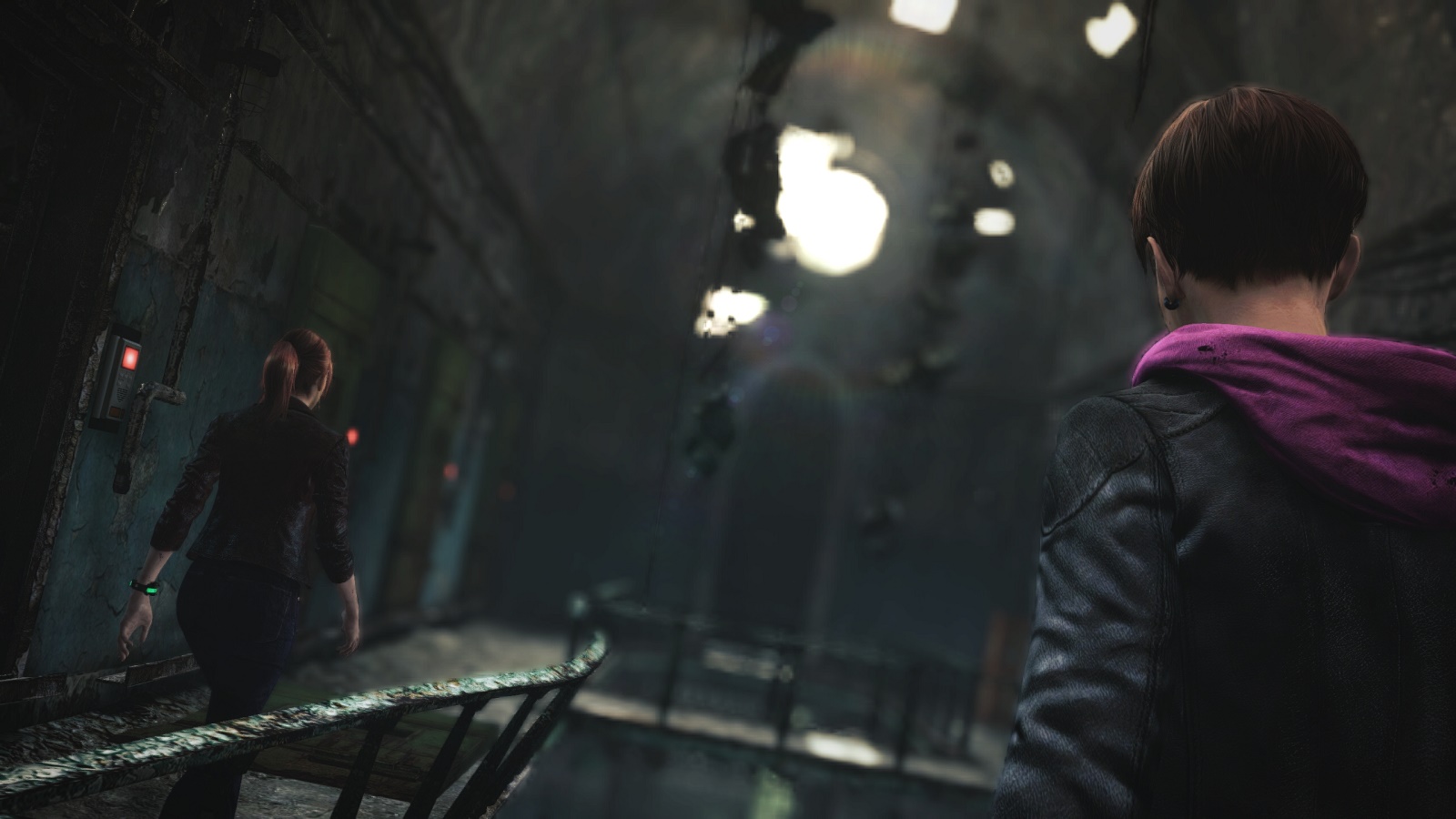 Those that played the first Revelations will remember playing as one of the game's characters while exploring different environments with an AI partner. This is still the case in the second game, as Claire and Moira venture together. This time around, however, players can switch between the two characters at will. Each character also controls noticeably differently. Claire will play as Resident Evil characters normally do. She'll pick up weapons and ammo and use them to blast away BOWs, occasionally mixing in melee strikes whenever one gets too close. Moira, on the other hand, doesn't use weaponry and won't fight in a standard way. Instead, she'll wield a flashlight to uncover hidden objects and use blunt objects like a crowbar to pry open boarded doors. Puzzles will often revolve around switching back-and-forth between characters. For example, Moira had to use the flashlight to find the guard's keys that fell to the ground. Once she spotted an object of interest, the item would noticeably glow and allow Claire to pick it up.

Combat is standard Resident Evil fare, with a handgun and shotgun available during the demo. Their effectiveness varies, of course, depending on whether Claire can land a headshot, but BOWs prove durable, otherwise. Unfortunately, the demo didn't offer an indication that it would lean towards what made the first game such a breath of fresh air. While there wasn't an outrageous amount of ammo, it didn't feel as limited as the first game and I didn't get the sense that I would run out. Enemies also didn't feel overly intimidating and there was never a sense that I would feel overwhelmed by their might or numbers. However, the few times I did find myself getting munched by the undead, I did see Moira just stand there gawking. The AI partner's lack of response to imminent danger was one of the most irritating parts of the first Revelations and it sadly doesn't look like that's about to change, though that's an issue that could easily be alleviated thanks to local co-op.

Where the Revelations 2 demo did show promise was with the atmosphere. The setting was appropriately scary with dark textures, low lighting, and the menacing sound of BOWs that kicked in shortly after finding the guard's keys. Enemies would often slam through doors or creep in from corridors just outside my peripheral view. If it can pack in the same style of uneasiness as the first game, with corpses that would come to life or latch onto your leg at unexpected moments, Revelations 2 could be just as scary and just as satisfying as its predecessor.

Unfortunately, it's too early to tell whether Resident Evil Revelations 2 will end up like the first Revelations or feel closer to the disappointing quality of RE5 and RE6. The character-switching mechanic could be a major boost for this game if it takes advantage of Claire and Moira's different play styles. The game also feels like it'll be more ideal for co-op outings, with partners watching each other's backs while using their unique abilities to move forward. I may have some reservations about Revelations 2 coming away from this demo, but part of me feels optimistic about the game's co-op potential.

Resident Evil Revelations 2 is set to release on PC, Xbox One, PlayStation 4, PlayStation 3, and Xbox 360 on February 24.