Until Dawn preview: don't forget to bring a towel

Sony and developer Supermassive Games first unveiled Until Dawn back during 2012's Game Developers Conference. There haven't been a lot of details revealed since then, but the game certainly had a large presence during this past weekend's PlayStation Experience event, coming back with a new trailer during The Game Awards. Shacknews was among the first to go hands-on with this foray into survival horror, taking a look at just how far the game's development has come since its re-emergence.

The playable sequence should look familiar to anyone that's seen the trailer. It's a young lady named Sam (voiced and modeled by Hayden Panettiere) bathing in the privacy of a hot tub during a vacation away from civilization. She gets out of the tub and realizes that her clothes have been stolen, but quickly learns that she's not alone. She's being stalked by a psychotic killer in a clown mask, seeking to murder her and seven friends that are all attending this retreat. The plot should sound familiar to anyone with a remote fascination in horror films, as it's straight out of the book of 80s slasher movies. 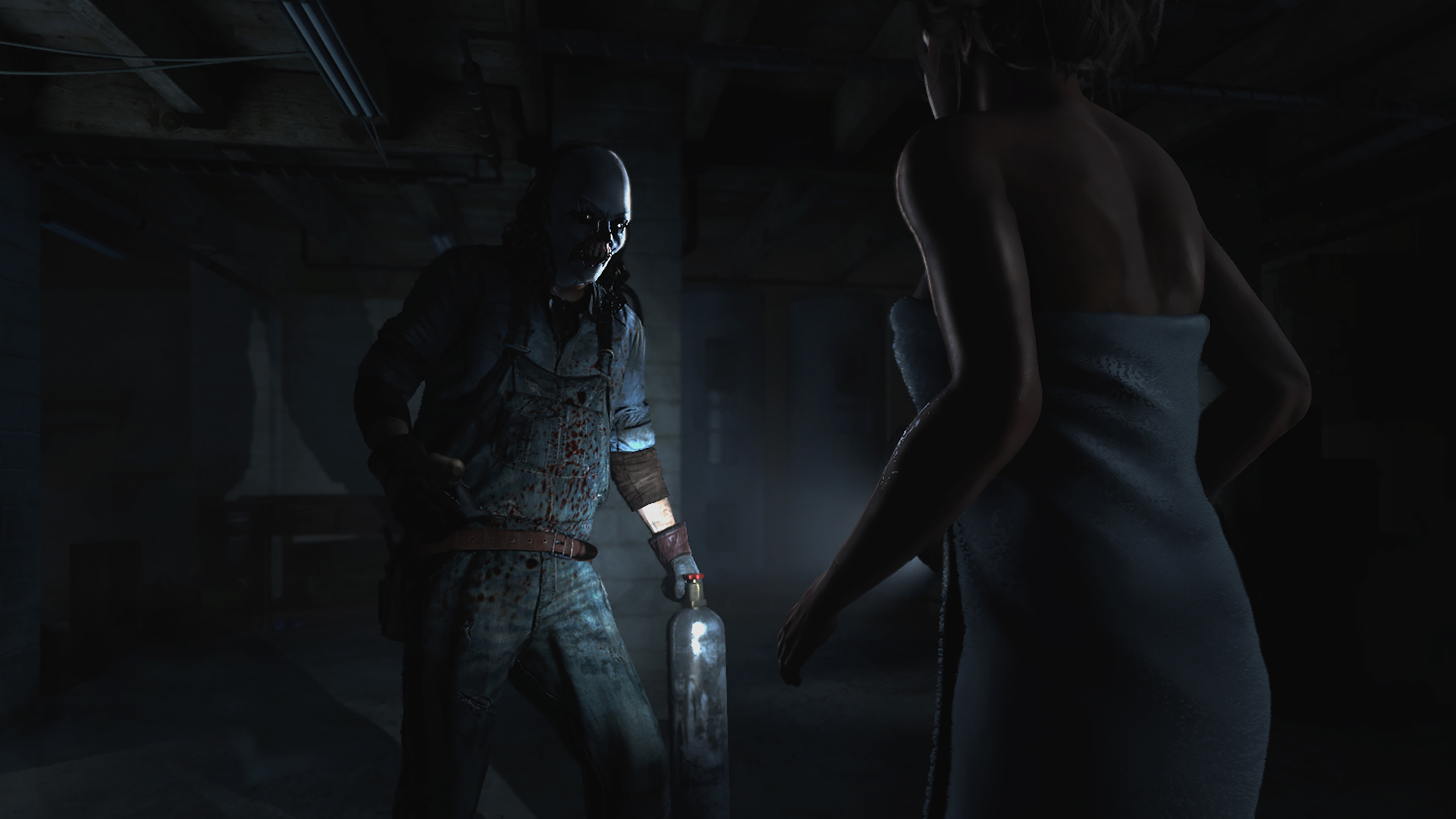 The intriguing aspect of Until Dawn starts to kick in once the chase is on. The motion control aspect of the DualShock 4 is on full display, as players need to think on their feet and react quickly. Choices will often arise, such as whether to try and break down a closed door or find a hiding spot. The choices are selected by pointing the controller at the selection and pressing X. While the game doesn't go overboard with motion controls, this is the only way to play the game, so prepare to see prompts that rely on tilting and controller motion, as well as standard quick-time button prompts that pop up at any time.

Like any good 80s slasher antagonist, the killer moves at a methodical pace. This still doesn't offer much time to make decisions, as a timer will tick down quickly at every crossroads, creating a delightfully tense atmosphere. Many of the options involve either running or hiding, though a few diversion options will pop up, like Sam being prompted to toss a vase, lock a door behind her, or throw down a wine shelf to buy herself some time. But whatever happens, know that the killer can sometimes pop up at random points, either slithering out of the shadows or bursting through a wall, like the Kool-Aid Man.

A piece of advice for those looking to play Sam's story someday: running is bad. After deciding to run enough times, the killer caught up to her and put her down with a syringe. This is where it should be noted that there are no takebacks at any point. Regardless of whether Sam survives or not, the story will continue. Survival is absolutely possible, but it's not easy and it may take some people several fresh playthroughs to find the right survival scenario.

One other notable element of Until Dawn is noticeable when Sam first enters the cinema room and is taunted by her would-be killer for the first time. While she's shown her bathing footage on the large screen, she's also treated to previous footage of her friend Josh's grisly murder. However, much like many other pieces of the story, this may play out differently. Josh is one of the eight playable friends and if he survives his part of the story, this scene will play out completely differently. Choices and consequences will tinker with the story, but nothing will impact the narrative more than if the characters survive.

Developers in attendance noted that the game is roughly 40 percent complete, so while it's making progress, there's still a fair amount of work that remains. Regardless, however, Until Dawn is expected to release on PlayStation 4 in 2015 and fans of cheesy horror films may very well be in for a treat.