Star Wars: The Old Republic - Shadow of Revan preview: sins of the past

Revan was thought to be dead, killed at the hands of the Sith, but his demise has been greatly exaggerated. Gathering a legion of followers called the Order of Revan, the fearsome warrior is seeking the total destruction of both the Republic and the Empire in order to re-shape the galaxy in his own image. A lot is changing for SW:TOR players with Revan's arrival, including for those that may not necessarily be picking up the expansion. Shacknews recently had a chance to check out some of the incoming changes, as well as try out one of the new solo Flashpoint missions. 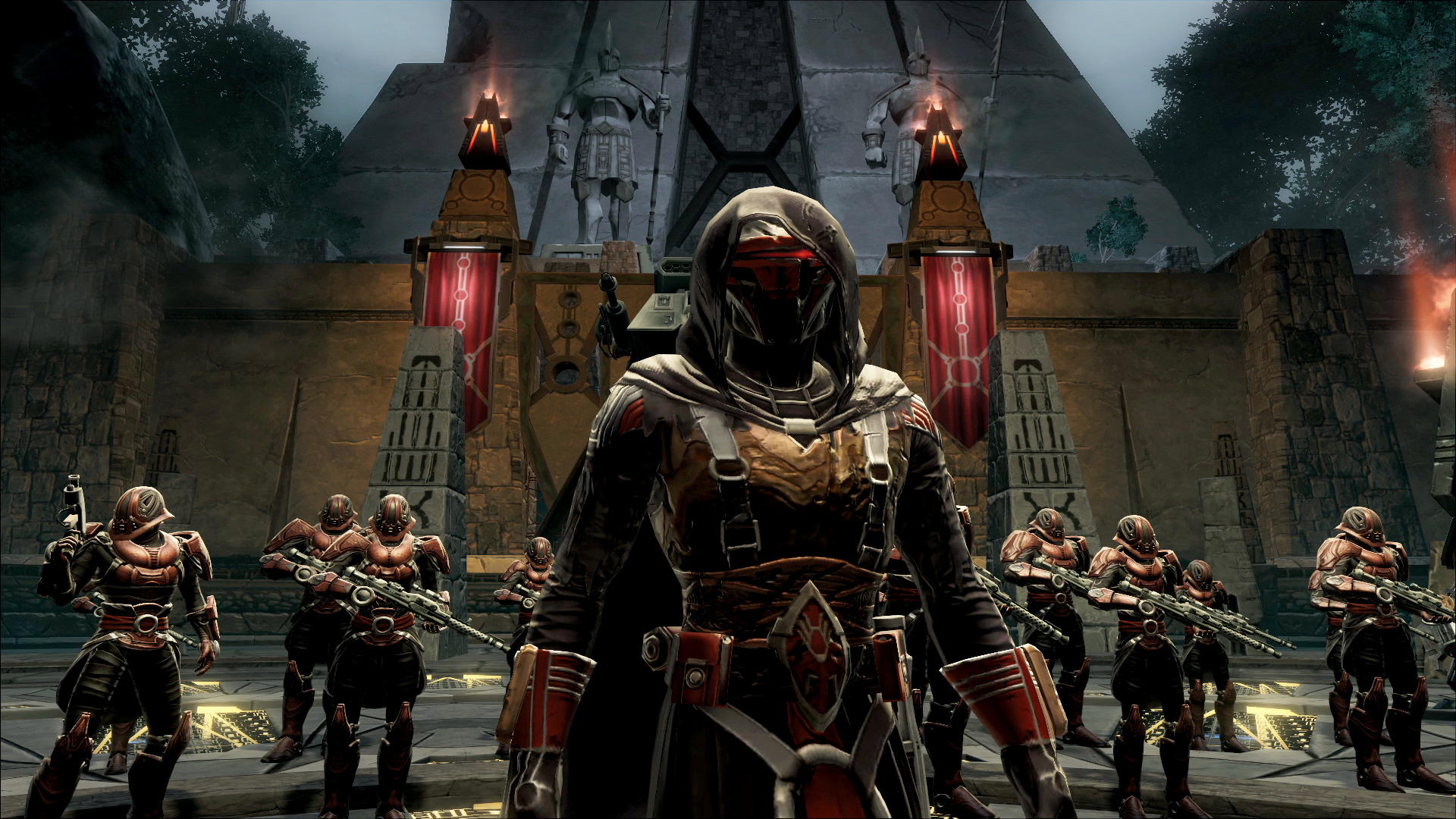 Shadow of Revan will attempt to touch on KOTOR's roots more than any expansion that came before it through its narrative. In fact, BioWare Austin general manager Jeff Hickman acknowledges that this expansion marks a renewed focus towards story-based content. It'll also do so by emphasizing new solo Flashpoint missions. These mission types were previously restricted to grops of four, but the newer Flashpoints will allow players to expand on their own personal adventure and play out the fight against Revan on their own. When going solo, players can bring along companions and NPC partners to help out.

Much of the adventure will take place around two new planets: the pirate world of Rishi and the moon of Yavin 4. The player's character will team with Jedi Master Theron Shan, Sith Lord Lana Beniko, and other members of an unlikely Republic/Empire alliance to hunt down the Order of Revan. Missions include the Battle of Rishi, which is a massive conflict atop Rishi that culminates in a battle with an AT-ST walker. Those looking for group content will also have something to look forward, including the Ravager's Operations against an army of pirates and the Temple of Sacrifice finale Operation against Revan himself.

I was given the opportunity to try one Flashpoint mission, in which the objective was to rescue Theron from a hidden Revanite base. The game handled slightly differently than I remembered, since the old Talent skill tree system is being completely scrapped with the upcoming 3.0 update, set to deploy alongisde the expansion. In its place will be the new Discipline system, which sees classes select from three distinct discipline choices. Each selection has abilities that are tied to that class, which are organized in more of a pool format. Utility slots, as a result, are laid out in a more intuitive manner. With my Jedi Consular set to deliver more damage-based attacks, I was on my way.

The Theron rescue mission was laid out in a fairly straightforward manner. The stage was laid out with a linear layout, allowing me to try out my Force abilities. Utility slots, now a part of a shared pool of abilities across three tiers, powered up my attacks in various ways and helped me select which ones would best fit my arsenal. In particular, my focus was on area-of-effect Force attacks and attacks that siphoned health from targets. Disciplines didn't feel like they drastically changed the experience, but it did make organizing my characters somewhat simpler.

Once I rescued Theron, it was time to escape with the information he had. Theron was quick to fight by my side, making the escape significantly easier. The escape path ended with a rendezvous with Lana, at which point the alliance had to come up with their next plan of attack.

Shadow of Revan will bring along with it an increased level cap of 60. New weapons, vehicles, and rewards will be available with this level cap increase, including various Revanite gear. Powerful new attacks will also be available for various classes.

This is just the beginning for the next big part of SW:TOR's lore, as Shadow of Revan will kick off a massive storyline that will run through most of 2015. Star Wars: The Old Republic subscribers can jump into Shadow of Revan on December 2, while Preferred and free-to-play players can pick it up on December 9. Those that pre-order will receive a 12x XP boost in class missions through December 1.