Look behind you: A history of Silent Hill [Part 2]

Fear is a complex emotion. In a media environment that has desensitized us to the point of pronounced emotional underreaction, having the living crap scared out of you is one of the of few things left that reliably gets our hearts racing. Few franchises have a more storied reputation of heart-rending terror than Silent Hill. Since 1999, the small town of Silent Hill has been a hotbed for unusual occurrences, mysterious deaths, and also brain-meltingly terrifying monsters. Like any long-running series, it has grown and changed over the years, and its changes have drawn their fair share of praise and detractors. The Silent Hill of today is not the same as it was when it began, and it’s still evolving. The original Silent Hill was released for PlayStation in 1999, and redefined what a terrifying video game was. It follows a man named Harry Mason, who travels to the enigmatic town of Silent Hill to find his adopted daughter who has gone missing. Eschewing common horror tropes for slow pacing and deeply unsettling atmosphere, it was considered groundbreaking. Physical horror was largely pushed aside for intricately structured psychological horror, using fixed camera angles and what many consider to be clunky controls to create an atmosphere of tension and borderline helplessness. A shaky flashlight lights your way, which hints to how poor Harry's aim is. The game was a hit, though dismissed by some as a Resident Evil clone. It wasn't until two years later that Silent Hill truly established itself.

Silent Hill 2 appeared on the PS2 in 2001, expanding on everything that made its predecessor so groundbreaking. It tells the tale of James Sunderland, a man who has received a letter from his deceased wife, telling him to meet her in Silent Hill. Where else, right? The claustrophobic and well designed atmosphere soiled many pants and won rave reviews. What Silent Hill 2 is most known for is introducing series mainstay villain Pyramid Head, who became one of the single most famous video game monsters of all time. He is a constant, voiceless villain that stalks James relentlessly, often forcing him to hide and pray he's not discovered. To this day, Silent Hill 2 is still viewed by many as one of the greatest horror games ever made, and it often graces the higher reaches of Greatest Game lists. 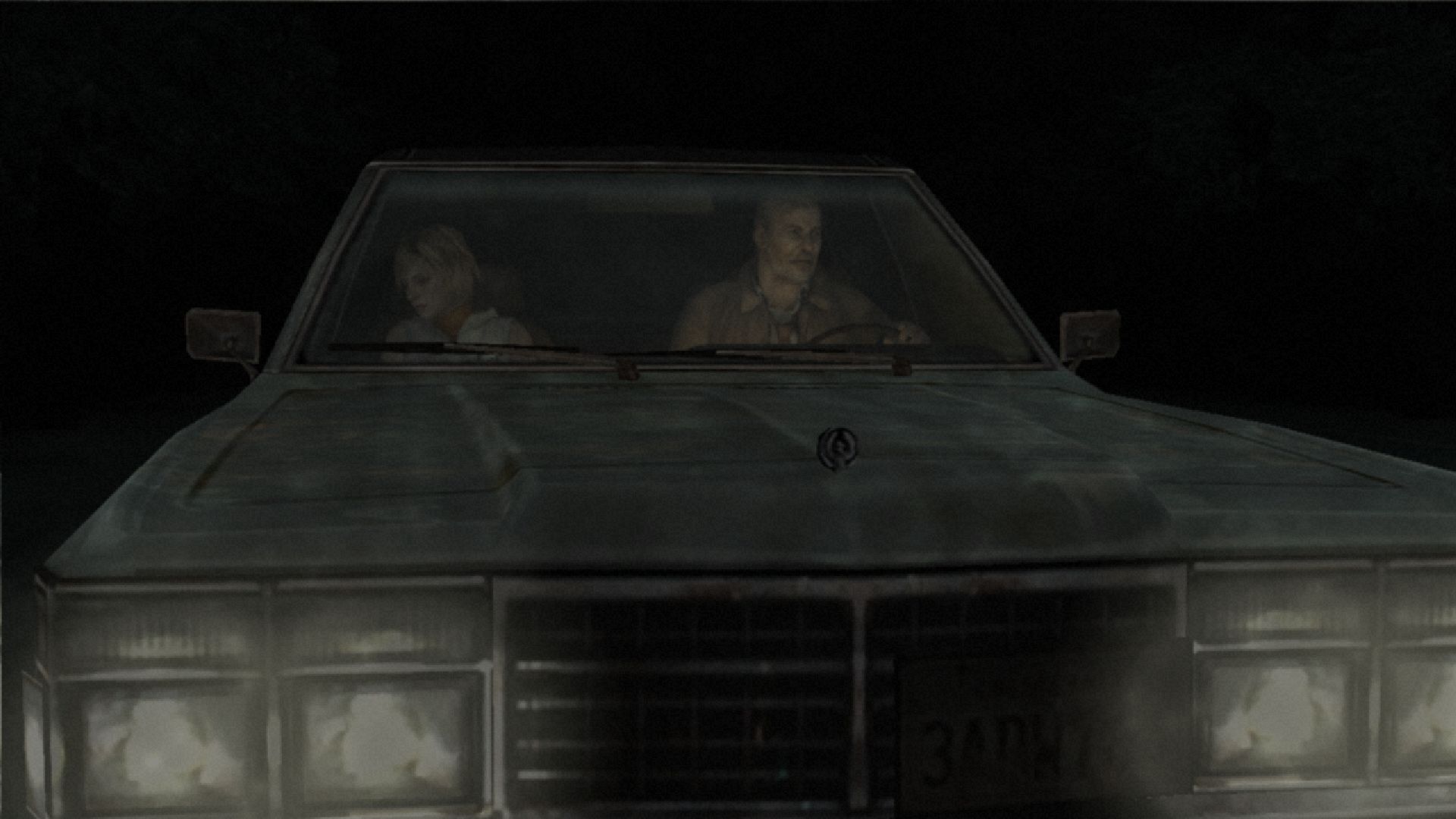 Silent Hill 3 followed for the PS2 in 2003, and continues the tale Harry Mason began in the first game. It follows his adopted daughter Heather, who discovers that she is an important pawn in the plans of Silent Hill's horrible cult. Like the two the preceded it, Silent Hill 3 is an extremely disturbing, often outright horrifying game that makes excellent use of multiple elements to craft an atmosphere of dread and mystery. Heather must solve all manner of bizarre and macabre puzzles to advance, always plagued by the horror that surrounds her. Like both before, Silent Hill 3 was very well received by critics, but there was a bit of a stigma that began to develop. It wasn't innovating. Though it was still terrifying, it wasn't doing anything that the first two games hadn't. This marked the beginning of a shift that would appear with release of 2004's Silent Hill 4: The Room, which had been developed parallel to 3.

Silent Hill 4 was released for the PS2, and was different from the outset, not even taking place in Silent Hill. It instead follows a man named Henry, who lives in the town of Ashfield. He has been trapped in his apartment for five days, with no means of communication with the outside world. On the fifth day, a hole appears in his bathroom wall, and it plunges him into a world of nightmares. This entry largely did away with the puzzle solving that was a hallmark of the series, instead focusing more heavily on combat. The game received largely positive reviews, but criticism was leveled in multiple directions, with some feeling that the game's lack of emphasis on puzzles was a detraction, and others felt that the reliance on fixed camera angles had become an outdated hindrance as opposed to a genuine horror tactic. For better or worse, this was the last game to be developed by Team Silent, which had started the series. 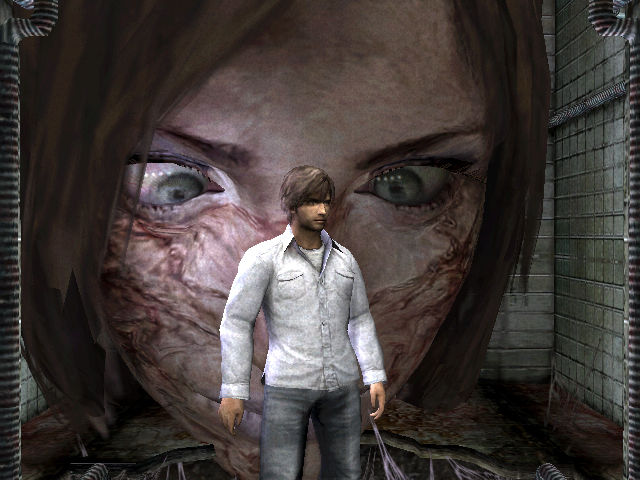 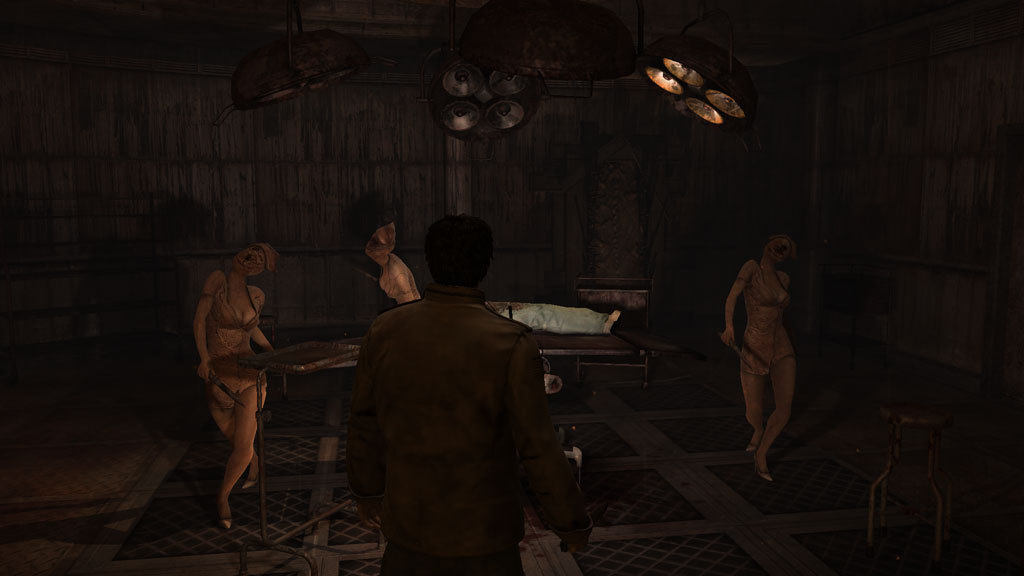 It was at this point that Silent Hill became something radically different. This is very apparent in 2008's Silent Hill Homecoming, which was developed by Double Helix Games. This is the tale of a soldier named Alex Shepard, who returns from overseas to search for his missing brother, who has (of course) vanished into the ether of Silent Hill. Though the core gameplay remained more or less intact as it was in previous games, a number of significant changes to the formula altered it heavily, to the point of no longer being Silent Hill in the eyes of some. The protagonist's background as a soldier made the combat far more fluid and effective, changing the dynamic of your interaction with the monsters. In addition, the camera was no longer fixed, giving the player full control. Though many still found the game scary, it took away the claustrophobic, cinematic feel of the original installments, granting the player more of a sense of capability. This put it in line with Resident Evil 4, which shifted in a more action-oriented direction, but, unlike RE4, it did not receive universal acclaim.

Titles that followed such as Silent Hill: Shattered Memories and Silent Hill: Downpour received similarly mixed reviews, all of them trying to spin the original Silent Hill formula toward a fresh and different direction. Whether the originals are outdated or a triumph of implemented player limitations are a subject of debate, but one thing that is undeniable is that Silent Hill has not been the same since Team Silent's last entry in the series. Whether the upcoming Silent Hills can recapture the magic of the originals remains to be seen, but what's been shown so far looks promising.

Before we saw the big Silent Hills reveal, P.T. appeared just as mysteriously as those shadowy figures in the periphery of your vision as you roam leering, looping halls. An intruder on the PlayStation Store seemingly without a purpose. It laid the groundwork for a special surprise that would greet players who dared make their way through its entirety.

P.T. is a very special title that, despite the fact that it’s not even an entire game, will remain with you long after you play it, and absolutely worth checking out if you’re a Hideo Kojima (Metal Gear Solid) or Guillermo del Toro fan. It hearkens back to the days of Silent Hill 4: The Room, with elements that certainly appear to have been inspired by it or even lifted entirely, such as the layout of the bathroom or the concept of being trapped inside your own domicile. As you creep through a series of dimly-lit hallways with so few pathways the game feels positively claustrophobic, there’s a sense of foreboding that permeates every inch of your being. You’re exploring what is very clearly the remnants of a house (or an apartment, as it were -- it’s difficult to tell in-game) of a home wracked by alcoholism and a man who was very slowly eaten away by his demons, having murdered both his wife and young daughter.

There’s a radio on that lays out the groundwork for you, as you happen upon family photos with smiling faces, and at the same time a bathroom sink with what appears to be a deformed, talking fetus gasping for air and flapping useless limbs around in the air. It has no eyes. You do, of course, but as the landscape in front of you appears to stay the same, what does it matter?

While you venture down the endless hallways, the changes to the areas around you gradually change in ways you won’t even notice at first, until it’s too late. Or until the ghost of the tragically murdered wife overtakes you and stares into your soul, complete with the eye gouged out by her sadistic husband. But is it even truly over then? What about when the game suddenly and mysteriously errors out? Should you quit, or soldier on? These are what make P.T. terrifying, and these things are what can, eventually, restore Silent Hill to its former glory.

There was a hole here. It's gone now.

So what of Silent Hill’s future? There’s a saying that refers to hitting bottom, and that there’s only one way to go from up from there. We’ve already seen Silent Hill at its lowest point, and like a phoenix it’s poised to rise from the smoldering ashes of what once was. There’s a bright future ahead for the bleakest of horror games, and you need only look to the future (and new developers) to find it.