To continue our celebration of Dead Rising 3: Apocalypse Edition hitting PC, Shacknews continues its look back at the Dead Rising series. Following a look at the early games in part 1, we now venture into the present, as well as some Dead Rising cameos and the series reaching beyond video games. 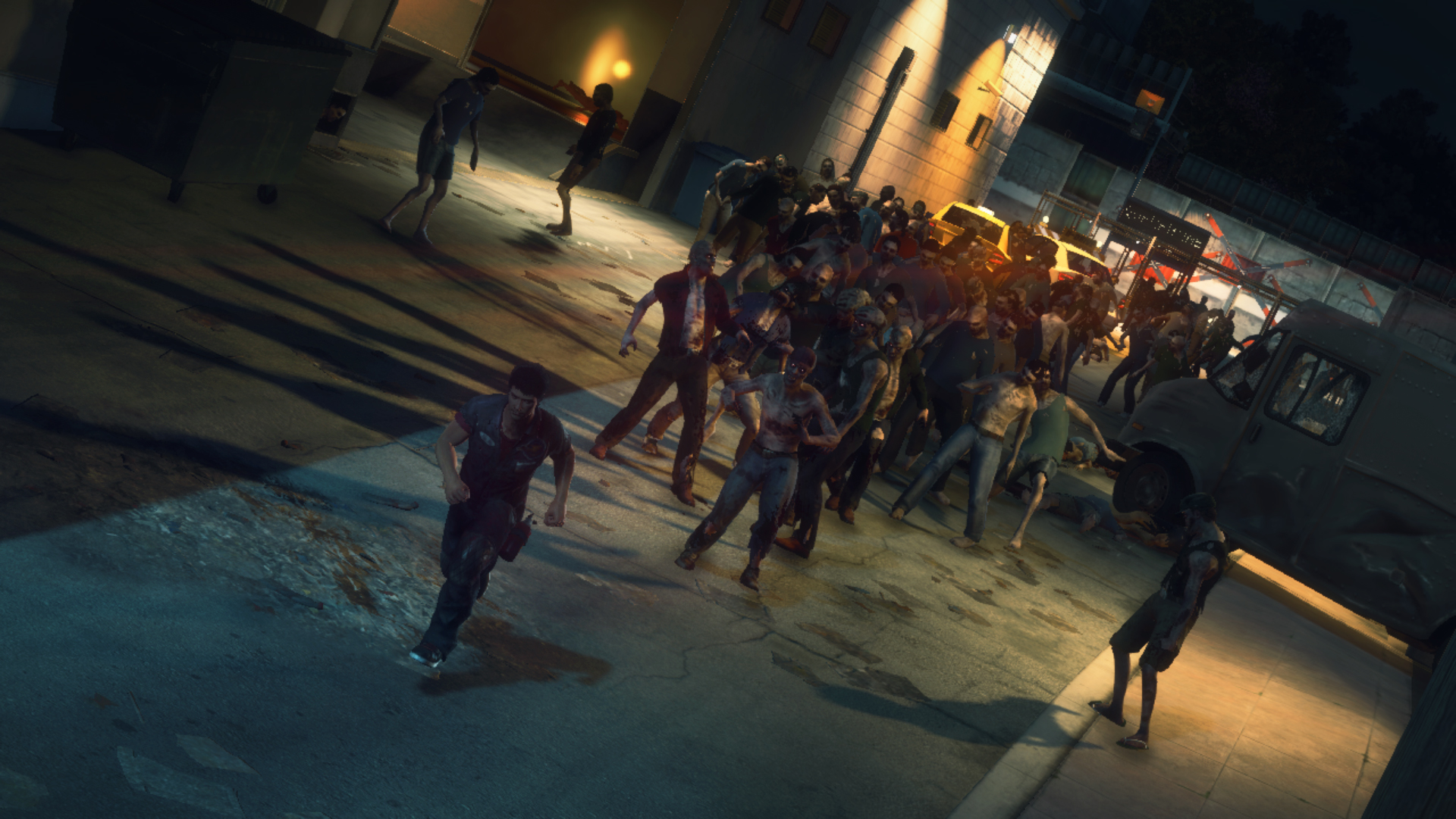 The lost and the damned

Capcom Vancouver had some great ambitions for Dead Rising 3. With the first game set in a shopping mall and the second game set along a casino strip, the third game in the trilogy naturally had to think bigger. That's where they came up with the city of Los Perdidos, a four-cornered haven for the undead. The third Dead Rising would be home to the largest open-world zombie-fest in the series' history.

Narrative-wise, Dead Rising 3 appeared to veer away from the main characters' stories of the first two games. Fast-forwarding ten years after the events of Dead Rising 2 (and 15 years after the first game), the story centered around mechanic Nick Ramos. Like the first two heroes before him, Nick finds himself in a race against time to find freedom, since Los Perdidos is on lockdown and the military is swooping in with an incendiary bomb to wipe it off the map. Zombrex had evolved from a vaccine to an implanted chip, with the government declaring branding anyone not implanted an "illegal" that must be dealt with. If this sounds like the foundation for an evil 'big brother' government type of story, that's because it is. Los Perdidos is such a large world that it would house more than Nick's story, as evidenced by the follow-up DLC packs that would each tell a different character's tale during the 72 hours leading up the military-imposed deadline.

Even with higher stakes, Dead Rising 3 unfolded quite differently from its predecessors. The time limit was far more forgiving and the 72-hour expiration date was rendered practically meaningless. It took a lot of the bite out of the story, though Capcom Vancouver did toss in a Nightmare Mode for those looking for the tension-fueled time limits that helped define the first two games.

Combo Weapons made their triumphant return, but with a bit of an upgrade. While standard combinations were still around, Nick could also construct Super Combo Weapons, like the Electric Staff out of a traffic light and a battery. These weapons can also build off of existing Combo Weapons to create even more destructive items.

Of course, given how big the world is, it makes sense that driving would become a major aspect of Dead Rising 3. That's why DR3 not only brought back vehicles, but also introduced Combo Vehicles. Using Nick's skills as a mechanic, he could combine vehicles like a steamroller and a motorcycle to create the RollerHawg. These vehicles were invaluable when it came to crossing DR3's bridges, which you would have to do many times throughout the game, but they were also a whole lot of fun to use, since they could take out dozens of zombies at a time.

Even with all these new features, there was a lot of unrest among Dead Rising fans. That's because Dead Rising 3 was first released as an Xbox One exclusive. Given all of Microsoft's negative publicity leading up to the new console's launch, fans were not happy that they'd essentially be forced to make the $500 investment in order to keep up with the series. Capcom has since released Dead Rising 3 on PC (today, in fact), but PlayStation fans remain out in the cold, with no sign that the next big chapter in the Dead Rising series will ever hit a Sony platform. 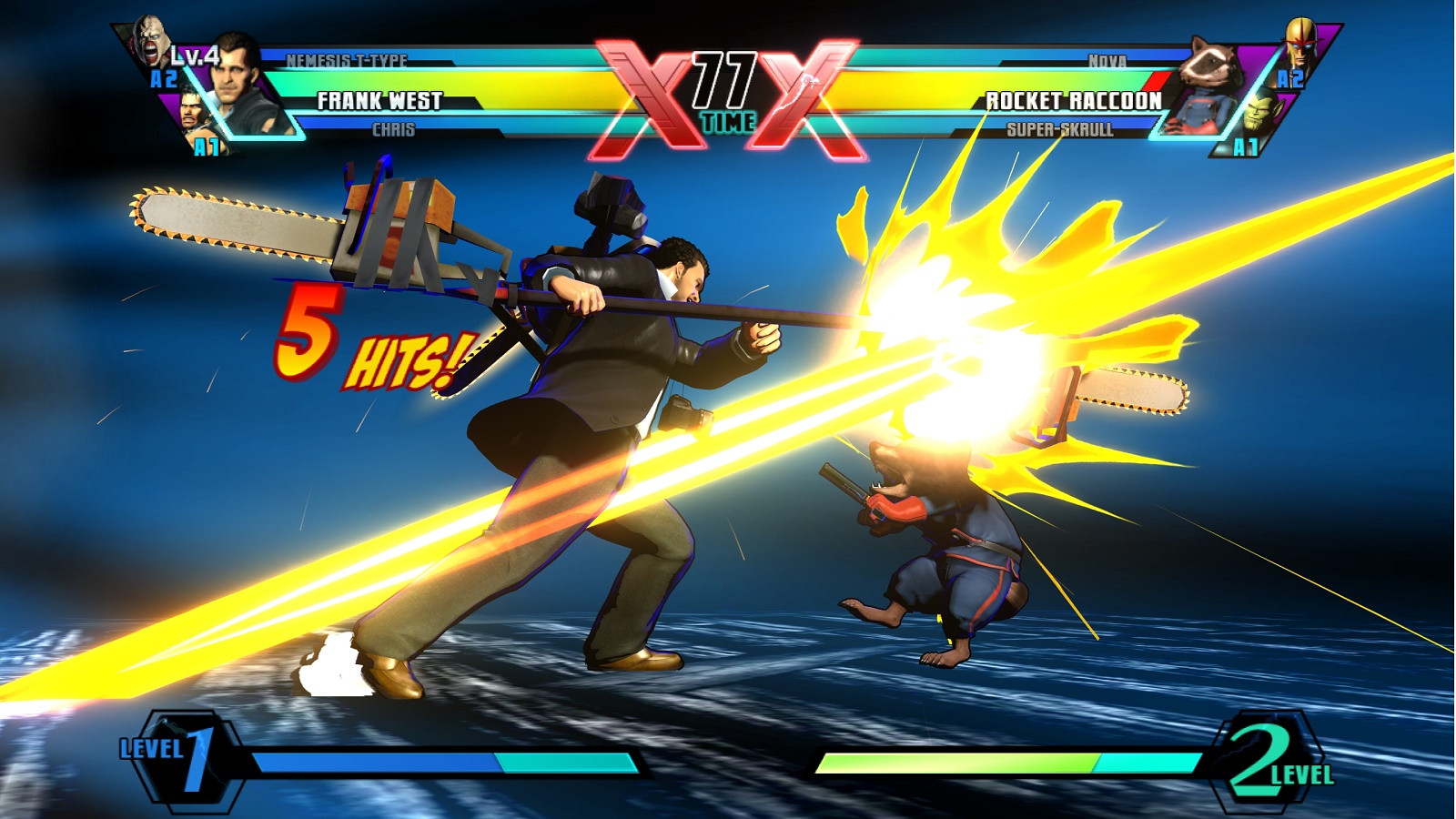 The true sign that a Capcom series has hit the big time is the day it's good enough for a crossover. Frank West became such a beloved character that he was among the first of the new batch of characters revealed for 2011's Ultimate Marvel vs. Capcom 3. Standing in for Resident Evil's Jill, Frank would now be the one slinging zombies at his foes. He could even take advantage of his photography skills to power up his attacks.

With strong specials and a witty banter, Frank fit the series like a glove, becoming a fine support character. Many of Dead Rising's other qualities, such as the costume swaps, likewise fit right into the UMvC3 world.

Of course, long-time followers of Capcom's crossovers will observe that this wasn't Frank's first time in a fighting game. Frank also made it into the second cut of Tatsunoku vs. Capcom, albeit as an unlockable character. With the subtitle 'Ultimate All-Stars,' Frank would utilize some different moves in this game that wouldn't make it into UMvC3. He even found a different use for his Servbot special. Observe!

But that isn't to say that crossovers don't go both ways. During this year's E3, Capcom revealed a special surprise in the form of the Super Ultra Dead Rising 3 Arcade Remix Hyper Edition EX Plus Alpha DLC, which would celebrate Capcom's numerous franchises within the world of Dead Rising 3. In addition to adding costumes from Final Fight, Street Fighter, Darkstalkers, Mega Man, and many others, this add-on would also throw in special moves from each of these series, thus making it possible to hit a zombie with a spinning pile driver. It was a DLC package so big that even Frank and Chuck had to make the ride to make four-player co-op even more fun. 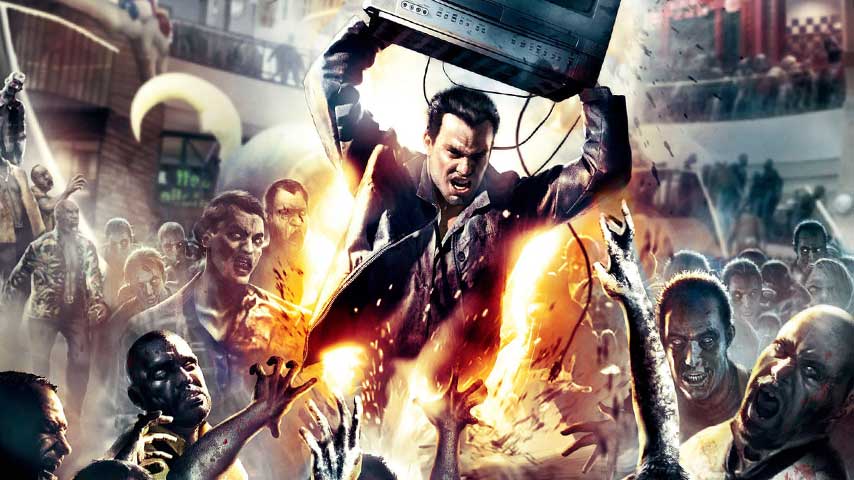 What's next for Dead Rising? Given that DR3 still has a lot of steam left, it doesn't appear that Capcom will add to the series anytime soon. Of course, that doesn't mean there still aren't plans for Dead Rising. In fact, there appears to be a movie adaptation in the works.

First reported back in June, Contradiction Films has expressed heavy interest in a direct-to-Crackle movie adaptation of Capcom's zombie romp. Since the initial announcement, Leprechaun: Origins' Zach Lipovsky was officially tapped to direct the DR adaptation, though there is still no word on who will star or even who the main character will be.

While there's a chance that Tim Carver's script may focus on an original character, if ever there was a time for Frank West to make his movie debut, it would be here... in a movie filled with zombies.