How Landmark's players are determining the next races for EverQuest Next

Shacknews recently had the opportunity to speak to EverQuest Next producer Terry Michaels about all things EQN. After previously discussing some of the standout aspects of Sony Online Entertainment's next big installment of the EverQuest franchise, the topic of discussion turned to Landmark.

It somewhat tied into the presentation for EQN, since that was the big coming out party for the Dark Elves. For those unfamiliar with the back story, the Dark Elves' characters models, clothing, and building architecture were all determined through player feedback. The development team reached out to their community and they did not disappoint, successfully bringing out a cool new interpretation of the classic race. Michaels indicates that the same process will be used for future races. 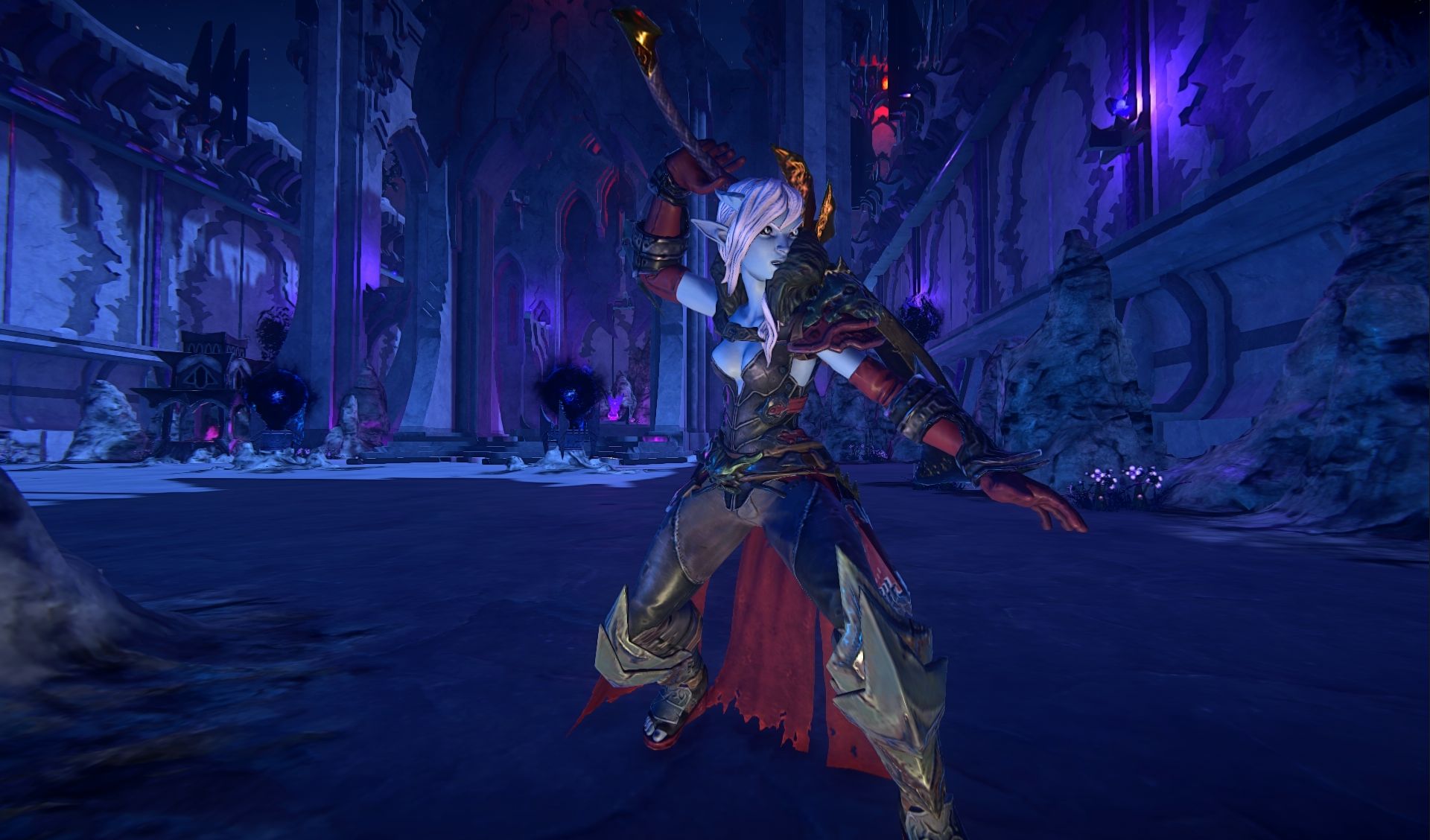 "What we're actually doing is giving players of Landmark or just the people who are on our forums the style guides for all of these races," Michaels told Shacknews. "We've done it with the Dark Elves already. We've completed that one and we're right in the middle of doing the Kerran right now. But we're going to do them for all of the playable races that we're going to be announcing over time. So what we're doing is giving the players everything that we have and then we're iterating on them with the players. The Dark Elf style guide changed fairly significantly from beginning to end of that process. It took us six weeks to do it and we worked with the players to define what looked good. The players had some ideas that we never even thought of and they just fit so perfectly that we put them in the style guide. That's what the Dark Elves will look like in EverQuest Next and we're committed to doing that for all of the races.

That leaves a lot of room for flexibility, meaning the development team has plenty of opportunity to change up the style guides, as needed. Michaels went on to explain more of the process.

"What we're doing right now is that we're not going back to re-visit them and change them again, because we're starting to build things using the style guides," Michaels continued. "But we're doing these Foundation Workshops beforehand so that we have the flexibility to change them as much as we need to. And then we finalize them at the end of each of these workshops before moving on to building things for the game."

The topic then turned to mortality, which is set to debut on August 27. Players will not be short on ways to die and if fellow explorers aren't dangerous enough, monsters are set to be introduced in September. With Landmark becoming a more dangerous place, the idea came up to take advantage of the new landscape and either tame the monsters or simply build around them to create some obstacles for would-be pillagers. Michaels noted that this would be a concept that would be steered more towards the game creation side of PvP.

"One of the things that you'll be able to do in the long-term is place those monsters as part of a scenario on your own claim," Michaels explained to Shacknews. "But if you're talking about the open-world portion, we haven't really talked about monster taming and whether you'll be able to get pets, so that's something we'll talk about in the future."

For more on the sudden onset of mortality, be sure to check out our look at the upcoming August 27 update.