EverQuest Next producer discusses destructible terrain and the differences from Landmark

Sony Online Entertainment came fully prepared with everything that EverQuest Next fans can offer. And likewise, they came loaded with information about the upcoming MMORPG's sister game, Landmark. And though there were distinctive announcements for both EQN and Landmark, some members of the Shacknews community still came away with the same fundamental question: What is the main difference between EverQuest Next and Landmark?

This was as good a starting point as any for our interview with EverQuest Next producer Terry Michaels, who was happy to talk about EQN, Landmark, and all things in-between. Michaels also spoke about some of the features that are coming to both games, as well as some of what makes the destructible environment such a big change for games of this genre. 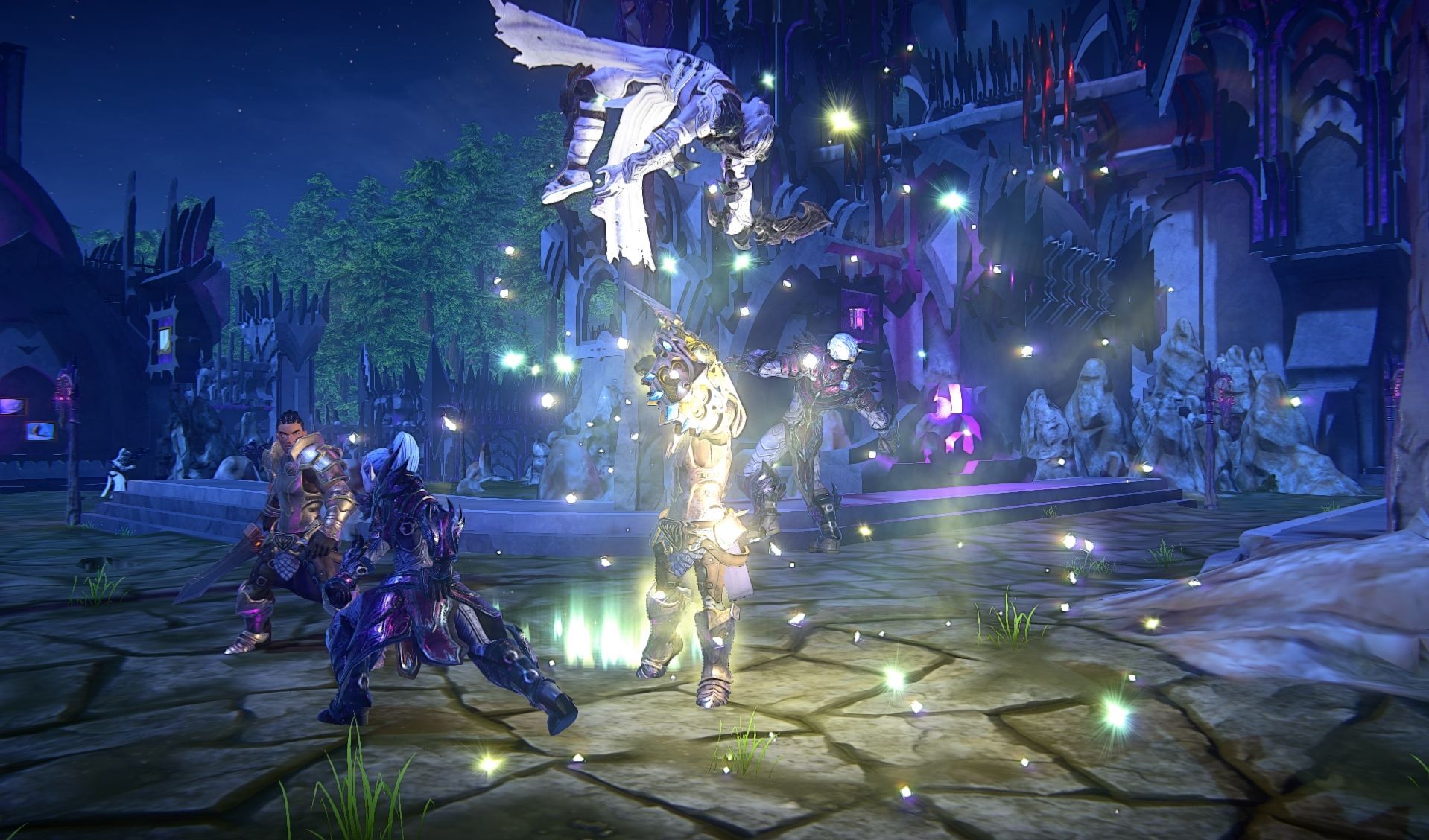 "Landmark is a sandbox MMO where players have the ability to create, explore, and experience anything that they or the other players can imagine," Michaels explained to Shacknews. "It can be any genre, it can be any type of content once we've got all the tools in it. We're not limiting them to any particular thing. We want it to be this open 'do what you want' kind of game.

"EverQuest Next is going to be a heroic fantasy, story-driven MMO that has heroes and villains and these long story arcs that are really epic. That journey through the world is that heroic journey you want, from the very beginning until you've worked through the entire story of the game. And they've used some of the same technology, but they're very different in what players are going to be doing in them."

Michaels and franchise director Dave Georgeson both discussed at length how the 'heroic movement' will work in both games. For those unfamiliar with the idea, I asked Michaels to discuss it a little more at length, especially in regards to EQN.

"It's integral to [EQN]," Michaels said. "There are lots of abilities that the classes have to help them move around the world very quickly. The other parts of heroic movement, the glide, double jump, grappling hook and all that, we have a very active combat. You assessing what's going on and having to get out of there very quickly if you're in a dangerous situation is part of it. It's not just standing there hitting each other until somebody runs out of hit points. You need to analyze what's going on, realize you're in a bad situation, and then you have all these different tools to get out of combat quickly." 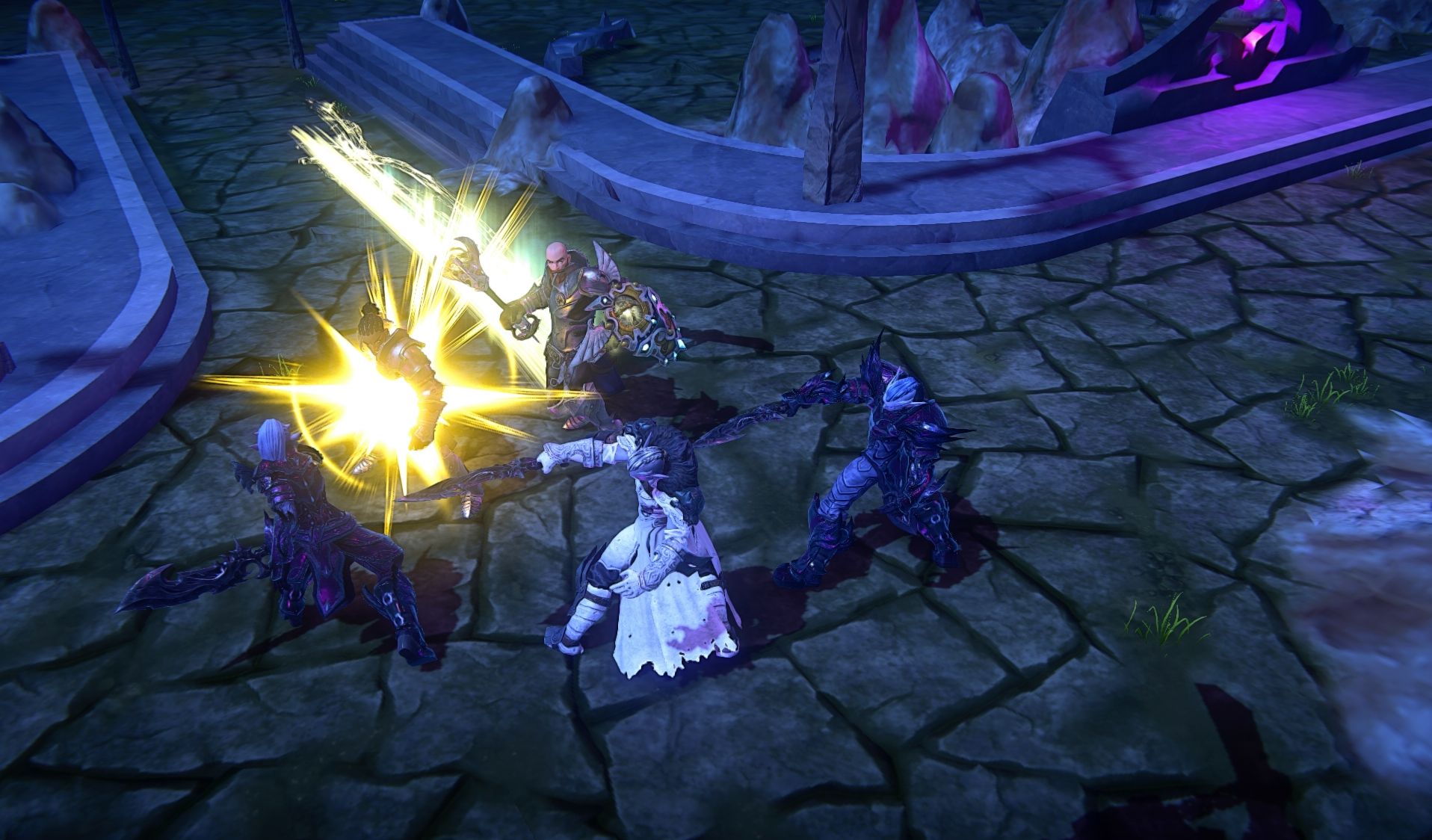 It was interesting that Michaels brought up the usual MMO trope of standing in a place and clicking a target for minutes at a time. Georgeson stated during the keynote that players would have to adjust to every combat scenario and that many encounters would differ from one another. I asked Michaels to give an example and help explain the heroic movement system just a little further.

"A great example is the Wizard," Michaels said. "The Wizard is supposed to be a ranged class that doesn't want to get in close and personal, because they don't have the ability to absorb a lot of damage. But they have abilities that let them get out of that. Let's say somebody ambushes a Wizard and gets in close, so all of a sudden, the Wizard needs to figure out what to do. One of the things they can do is use Vortex, an ability that locks the enemy in place and teleports them a distance away so that they can start to do what they would normally do as a Wizard. You, as a player, can't always control what everybody else is going to do, whether it's a monster or another player in the game. So it's always about assessing that sort of thing. If that Wizard got attacked by four creatures, he needs to get out of there very quickly or he's going to get destroyed.

With heroic movement established, Michaels took some time to talk about one of EQN's standout features: the fully destructible environment. In particular, he spoke about how it would relate to raids and other aspects of the game.

"It's going to factor into every part of the game," he said. "A lot of the classes have the ability to destroy the terrain around. And not only can they destroy it, but you can also build things up. You'll have the ability to construct a wall to block people from charging at you. Those are the things you can't really do in other games, not the way that we can. We can make permanent terrain, we can destroy terrain, we can knock a hole in the ground that a monster will fall into because they were charging and they couldn't stop. Those are things that other games just aren't capable of doing, so it changes everything about the game and it will definitely be there in raids. 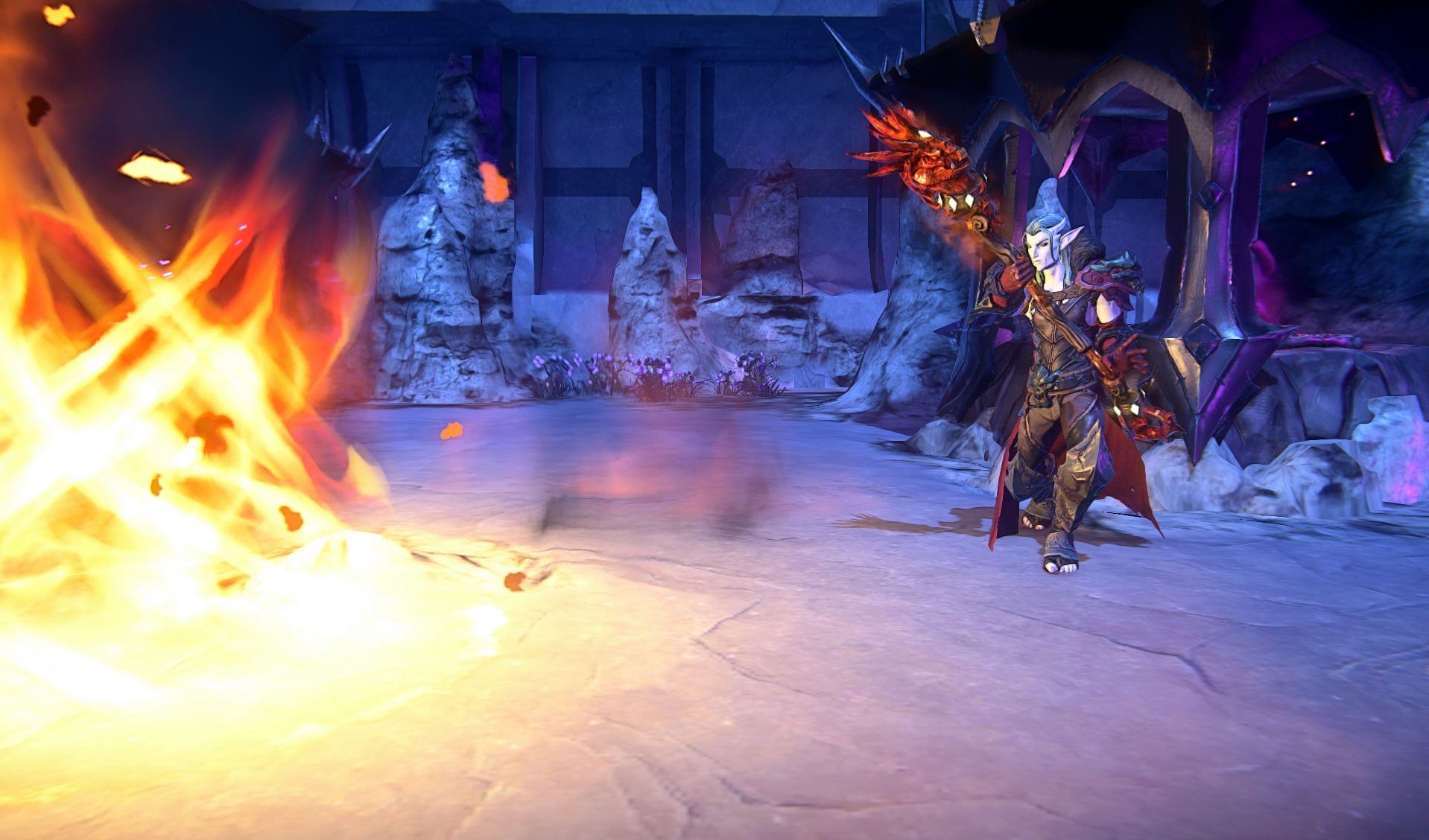 The destructible terrain sounds like a game-changing idea, but I wondered if it would literally carry into all sides of the PvE experience. Could parties even take advantage of this in boss battles to potentially send a monster plumetting to its doom, Bowser-style?

That's all well and good, but surely the monsters would learn from having the ground and the environment used against them repeatedly. I asked Michaels if that would be the case.

"Absolutely!" he exclaimed. "They are going to be smart enough to use it just like how you use it. The idea is that anything you can do as a player, we want the AI to be able to do, as well. So they will absolutely blow a hole under your feet and you'll have to get out of it.

There's still ample room for EverQuest Next to grow and much of that foundation will be set by Landmark. Come back later today to learn more about what's coming to that game. In the meantime, check out more with Terry Michaels in the video below.