Landmark prepares to die by adding mortality on August 27

Up to now, Landmark players have had the ability to run around the world with the freedom to do whatever they want. There's been no sense of danger in the world, because literally nothing could kill you. Even a 100-story fall would just result in some shrugs and a few laughs. Well, laugh no more, mortals, because death is about to make its way to Landmark and so are a slew of monsters. This year's SOE Live revealed that Landmark was about to get a lot more dangerous.

Franchise director Dave Georgeson brought the news of player mortality, noting that the feature would be added with Landmark's August 27 update, which he refers to as Landmark's "phase two." All characters will receive three new attributes: armor, health, and energy. Armor protects your health and can be regenerated over time, while energy is used to power heroic movements and any abilities granted by items. 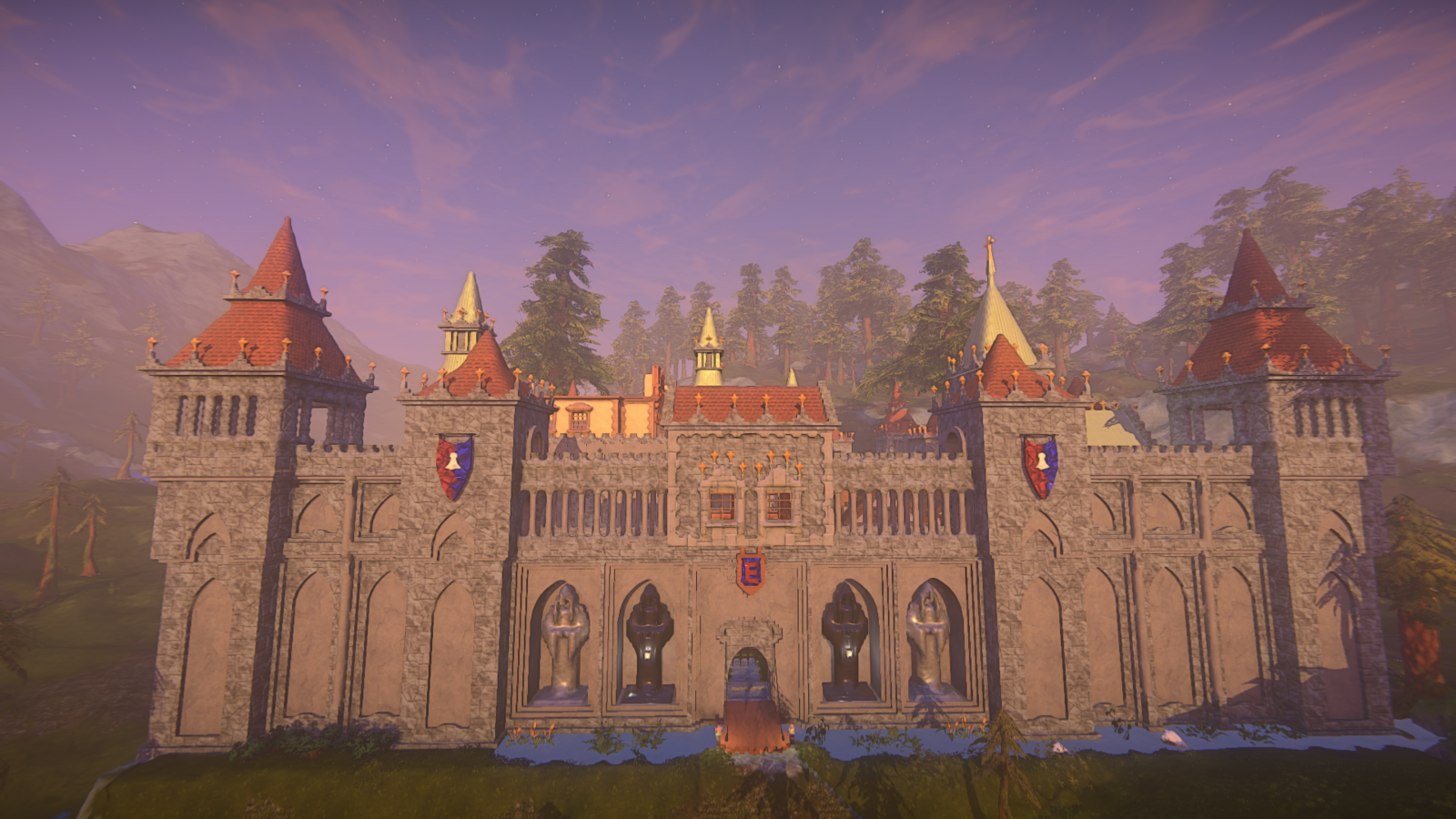 This newfound sense of limited lifespan suddenly necessitates protective gear, so characters will now have access to weaponry, much of which can be found in special loot chests buried around Landmark's world. Weapons are all controlled with the mouse button and each have normal and special attacks. The Marksman's Bow, for example, can be used for a quick shot or for a sniper shot. The Conjurer's Staff is a ranged attack weapon that can also trigger gravity shocks with the right mouse button, while the Soldier's Blade is good for a standard slash or for a battle rush that can also trigger armor regen. Landmark's loot chests will also contain epic weaponry, like the fire sword and shield, adding elemental powers, as well. Extra weapons can later be salvaged and broken down for crafting materials.

The new update will also introduce creative ways to die by adding interactive objects. Teleporters, flingers (catapult platforms), and moving platforms will all make their way into the game. Not only do they introduce some wrinkles to the gameplay, but they add to the creative aspect of Landmark, further allowing players to create customized gaming experiences. Georgeson revealed an example of a player-built house filled with flingers and teleporters, giving it a funhouse atmosphere.

There's also one other pesky item set to debut with the new update and that's the addition of landmines. Mines can be planted anywhere in the world and will go off anytime a player approaches them. That should offer some laughs to pranksters out there that want to booby trap their houses or even place a mine behind a loot chest, just for fun. Georgeson explained some of the creative uses for landmines, even bringing up a scenario where a player walked into a settlement filled with flingers that ultimately shot him directly into a bed of landmines. 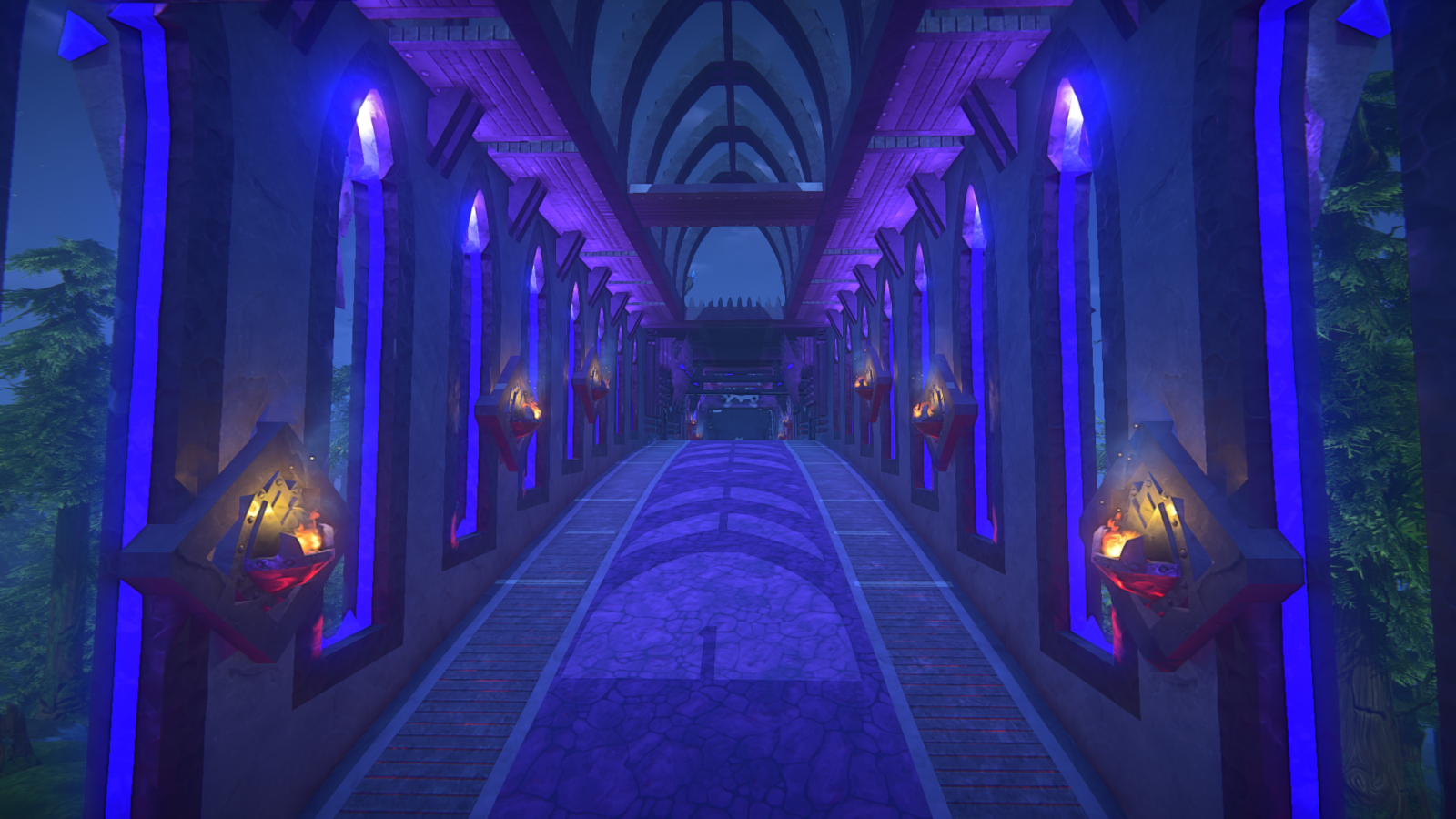 With combat being introduced on August 27, Landmark will logically introduce a PvP aspect, introducing Deathmatch, Team Deathmatch, and Capture & Hold. Georgeson notes that it's a fully consensual idea that's claim-based, so those that choose not to participate don't have to. PvP games can be accessed through game tables within player claims, with users able to set their playing field and game rules. This aspect of the game will segue into D&D-style game mastery to further the customizable gaming experience.

With player mortality now on the table, the world's monsters are about to come out of the woodwork. The monster roster is formidable with White Wisps, Red Wisps, Necrozoas, Fiery Fungi, giant Chomper worms, and Scorpion Plants all set to lurk in the world. Some will be out in the open, but others will be hiding from within the game's terrain and inside the world's hidden caves. Monsters are set to debut in Landmark in September and will pave the way for Landmark's next big player-creation initiative, as they'll set up the game's AI editing system. This aspect of the game, along with a full-blown scenario builder, is set to come to the game soon.

Prepare to die in Landmark starting on August 27. Those looking to jump into the game can sign up for the closed beta on the game's website.