Marvel Heroes has been moving along steadily since its release over a year ago. In fact, the superhero MMORPG recently made the switch over to the new 2015 update, tossing in a number of new features, like additional story content.

With San Diego Comic-Con right around the corner, the time felt right to check in with developer Gazillion once again, a little more than a year after our previous interview. In addition to asking about new content and whether the MMO will shoot into the cosmos to celebrate the release of the Guardians of the Galaxy film, Gazillion CEO (and former Blizzard North co-founder) David Brevik also answered some questions from our own Chatty community.

Shacknews: For those that haven't followed the Marvel Heroes story to this point, where is the story going into 2015?

David Brevik: Marvel Heroes 2015 can be best summed up as the start of our second season. We have a ton of fun plans this year, including playable villains. The story of the game focuses on Doctor Doom having the Cosmic Cube, then that power being transferred to Loki late last year. The end of the Asgard storyline is live in the game right now, with Surtur and the raid. We will be continuing the storyline this year and hope to tie it in directly with a current comics event.

Shacknews: What has the studio learned over the first year of development? What has the team learned from making adjustments to things like drop rates and what types of changes do you see coming to the game in the future?

Brevik: There has been a tremendous amount learned in the first year. One of the big changes we instituted was opening up the forums to every person in the company and allow them to directly interact with the community. This allows for open, honest, and direct communication with our players. They give us feedback on something that isn't quite right and they can see it fixed within a few weeks. Nothing was sacred. We will change almost anything in the game. We changed the way you acquire characters (from drops, to earned). We continue to learn and adjust and enhance what we have. The game is very different and much better than it was a year ago. We are really excited about where we are going and all of the recent features. I'm most excited about achievements and villains.

Shacknews: When we last spoke about a year ago, you weren't so sure about the idea of adding playable villains. Now that you've introduced Loki and Taskmaster, what other villains is the team looking to make playable?

Brevik: It was important for us to focus on creating the heroes that are core to the Marvel Universe. After we sat back and listened, the community was quite vocal in its opinion on playing as villains. We made the earlier audible to put in Loki and this spring we added Taskmaster. Later this year, we will be introducing Magento, Juggernaut and Venom.

Shacknews: You recently introduced One-Shots to tell stories that aren't necessarily a part of the main Marvel Heroes narrative. What other One-Shot stories are you potentially looking to explore?

Brevik: We have another one coming right around the corner that centers around The Lizard and Mr. Hyde. Early in the main storyline, a bunch of villains escape from the Raft, including Lizard and Mr Hyde. This one-shot details what they did after their escape.

We have a bunch of ideas for one-shots. Some will directly tie into the story, like the above one, others will just be side-stories that don't directly tie in. We can do almost anything with these, including visiting famous storylines in the Marvel Comics Universe.

Shacknews: With Guardians of the Galaxy about to release in theaters, are there plans to take Marvel Heroes into the cosmic side of the Marvel Universe?

Brevik: Absolutely. We love the cosmic storylines. We are approaching it in several ways. First, we are going to have all of the Guardians in the game either as playable heroes or Team-Ups. Those will all be live the day before the movie. We will have Nova in the game soon after. Silver Surfer is live and the list goes on. We will also be visiting the cosmic side of things in our main storyline, but that's all I can say right now... 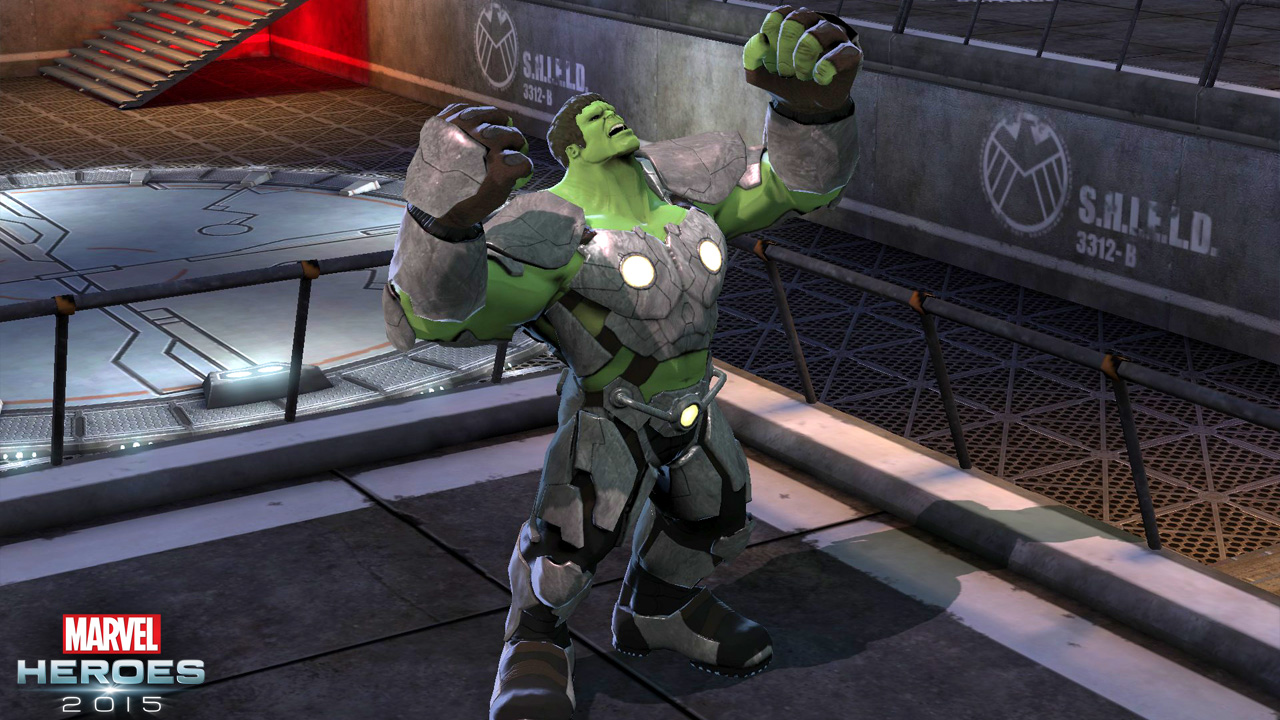 Brevik was also kind enough to answer a few questions from our Chatty community, who have spent ample time in Marvel Heroes over the course of the past year.

Rauol Duke asks: Some players may have quit on Marvel Heroes, but opted to jump back into the game in time for the Marvel Heroes 2015 launch. What do they suggest for lapsed players to get back in the swing of things?

Brevik: So many things have been added, it depends on when they left. I would highly recommend doing Legendary Quests, completing your Runeword item and preparing for Raids. If you like to not work on progress, try out some of the new heroes or play with friends by doing the Shared Daily Quests. If you want to get competitive you can always check out PvP or see how far you can get in X-Defense.

limpossible asks: Is there a rough estimate for when endless dungeons will come out?

Brevik: It is still a few months away, but we are hoping very soon. Right now, I believe it will be September, but we will see.

limpossible asks: Do you think the Omega Point skill costs are fine at this point, or will the costs ever be lowered?

Brevik: I don't think to costs will be lowered anytime soon. We are still working on the exact balance of the system, but it is nearing final numbers. We will be adding new tabs of abilities and eventually increasing the total cap of points you can accumulate.

cerealSAM2 asks: How do you address the people who would rather create and play their own heroes than a Marvel Hero?

Brevik: There are many other MMOs that allow you to create your own hero. Maybe someday we will have such a system in Marvel Heroes, but there are a bunch of things we would need to do to make that a reality. It would be like adding on a game to our game.

limpossible also asks: Are there plans to add game modes that feel more "group-oriented," aside from Raids and X-Defense?

Brevik: Yes. There is soon to be the Green version of Raids which will be completable by a much larger segment of the community. We will also be adding Brooklyn patrol, a new Midtown-like zone with more community/zone-wide events where people can work together to complete them. We will also have new One-shots that are tuned for groups. Lastly, we will have brand-new modes that will be group-centered as well as new raids later this year.

Rauol Duke also asks: Is there any chance of an Xbox One or PlayStation 4 port of the game?

Brevik: That would be really great! I would love to see that.

Marvel Heroes 2015 is free to play, with the PC client available through the game's website. To celebrate the release of Guardians of the Galaxy, players will be able to take advantage of ten days of sales, each of which will last 48 hours. Check out what's on sale here.