Activision has been teasing that the upcoming Skylanders: Trap Team would let you capture Kaos since the very first reveal trailer. The company has now made it official, with the announcement of a "Dark Edition."

Like last year's Dark Edition, Trap Team's will include dark repaints, but the major feature is the "Ultimate Kaos Trap." It will allow you to trap the series' chief antagonist--once you beat him in battle of course. The set also comes with dark Snap Shot, Wild Fire, and Food Fight, plus a poster, stickers, and trading cards. A different variation on the Kaos trap will be sold separately for those who don't get the Dark Edition. It will cost $99 and be available October 5, on all the same platforms as the standard version: PlayStation 3, PlayStation 4, Xbox 360, Xbox One, and Wii U.

The special edition will be on display at San Diego Comic-Con this weekend. That event will also host a Skylanders panel moderated by Geoff Keighley, and a costume contest with $5,000 in prizes and rare toys. 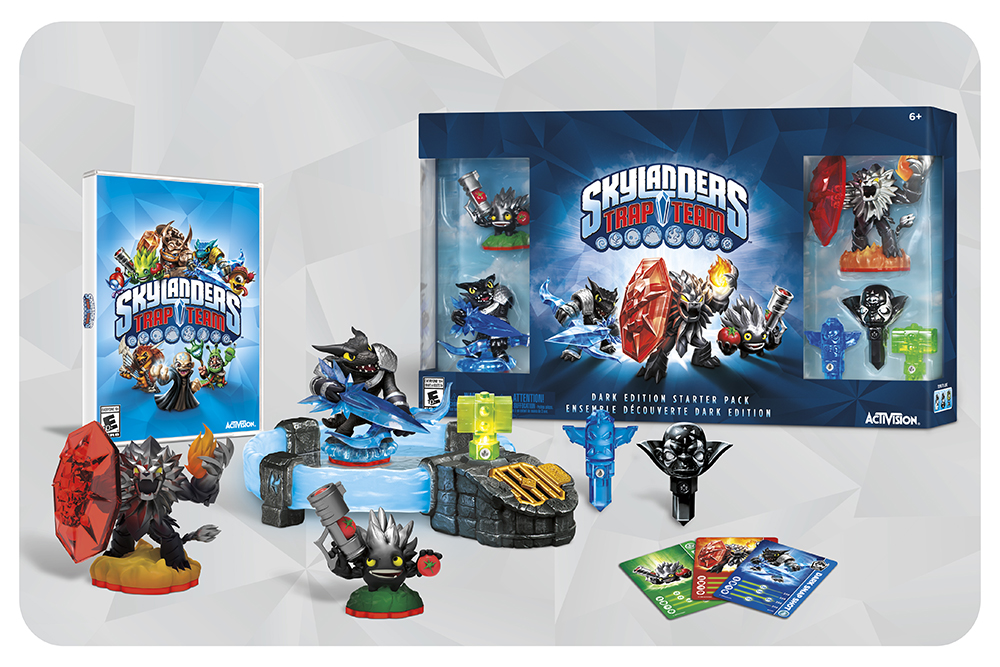