The zombie apocalypse is already difficult enough to survive, given that there's an entire landscape filled with the undead and other wild animals all looking to kill you. So what happens when the elements get thrown into that mix, as well? Sony Online Entertainment is getting ready to throw a new wrinkle to its zombie survival game by tossing in dynamic weather. So to get an idea of how this changes things, I took a moment to speak to the game's senior designer Jimmy Whisenhunt and graphics programmer Ryan Favale.

"We pretty much from the beginning decided that we wanted dynamic weather," Whisenhunt told Shacknews. "We dove into it really quick, thanks to Favale. He actually came onto the team and we found out he was a wizard. We had rain really quick and once we saw rain go in, we then decided what it was going to do to the characters. And then we decided it would be cool to have things like snow and that's up next."

While weather will affect the world visually, it will not simply be a cosmetic addition. Rain and snow can potentially affect player vitality, making them sick and affecting their health in different ways. It'll also affect conditions when trying to run away from zombies or drive in slicker roads.

Of course, it's a given that weather would affect humans. However, is it realistic to expect that it wouldn't somehow affect the zombies, as well? After all, how could they be completely unfazed by extreme weather? Whisenhunt notes that the team hasn't decided exactly how the undead will be affected, but this idea is currently in discussion. Among the ideas being thrown around is reducing zombie speed in snow. 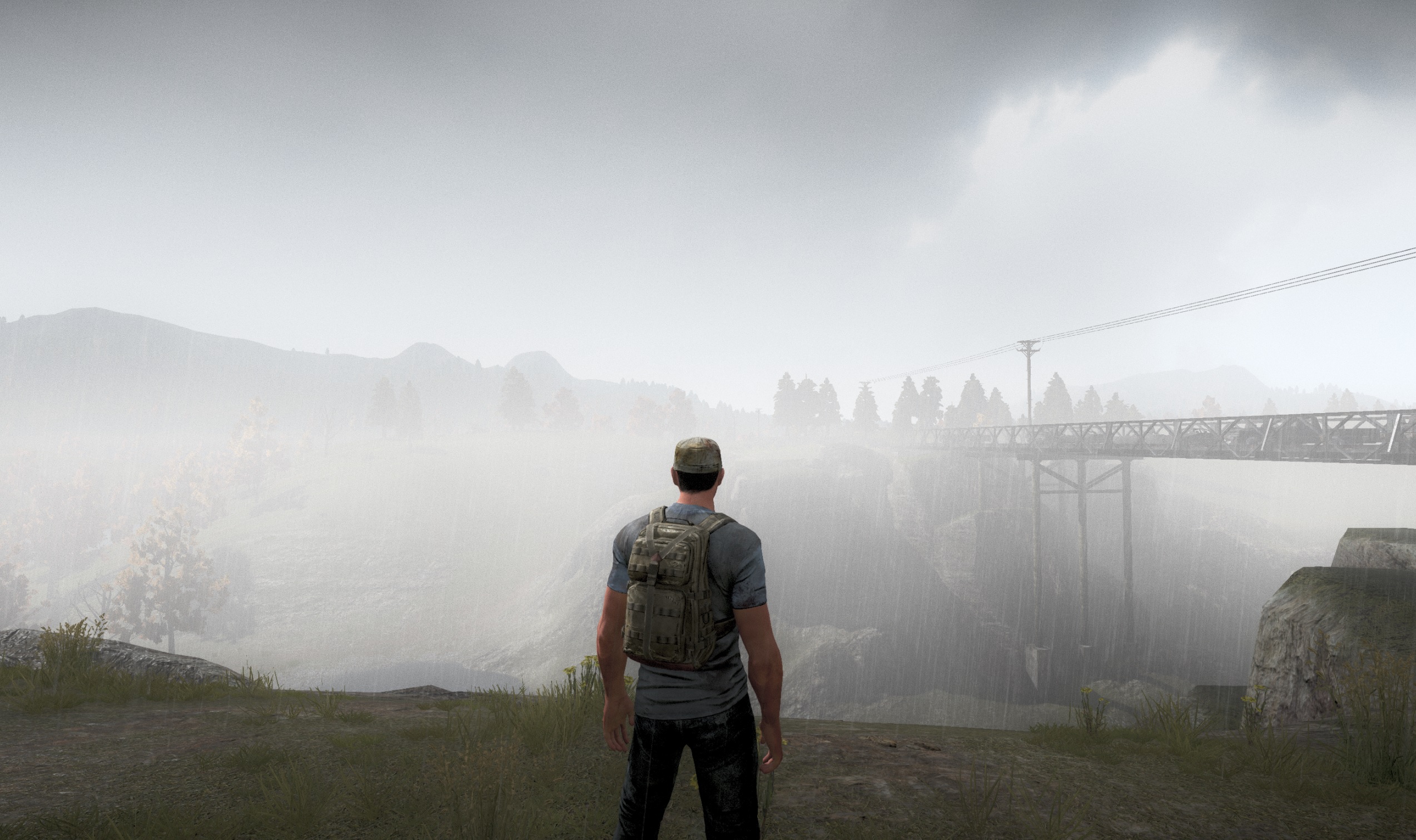 Weather won't just take its toll on living things, as Whisenhunt also pointed out that it would see an effect on player-built structures. He hasn't decided to what degree it would affect those houses, but it should give players an inkling to make sure they're reinforced for bad weather scenarios. Of course, savvy survivors can also potentially take advantage of bad weather. Whisenhunt notes that users can construct items like dew collectors that can collect rain water.

SOE is just getting their feet wet with weather in H1Z1. More could potentially be coming down the line, including the possibility of more extreme weather conditions, though Whisenhunt would not commit to this idea just yet without knowing how it could affect players. In the meantime, expect a more dynamic survival experience in H1Z1 when it hits its Early Access stage in the near future on PC.