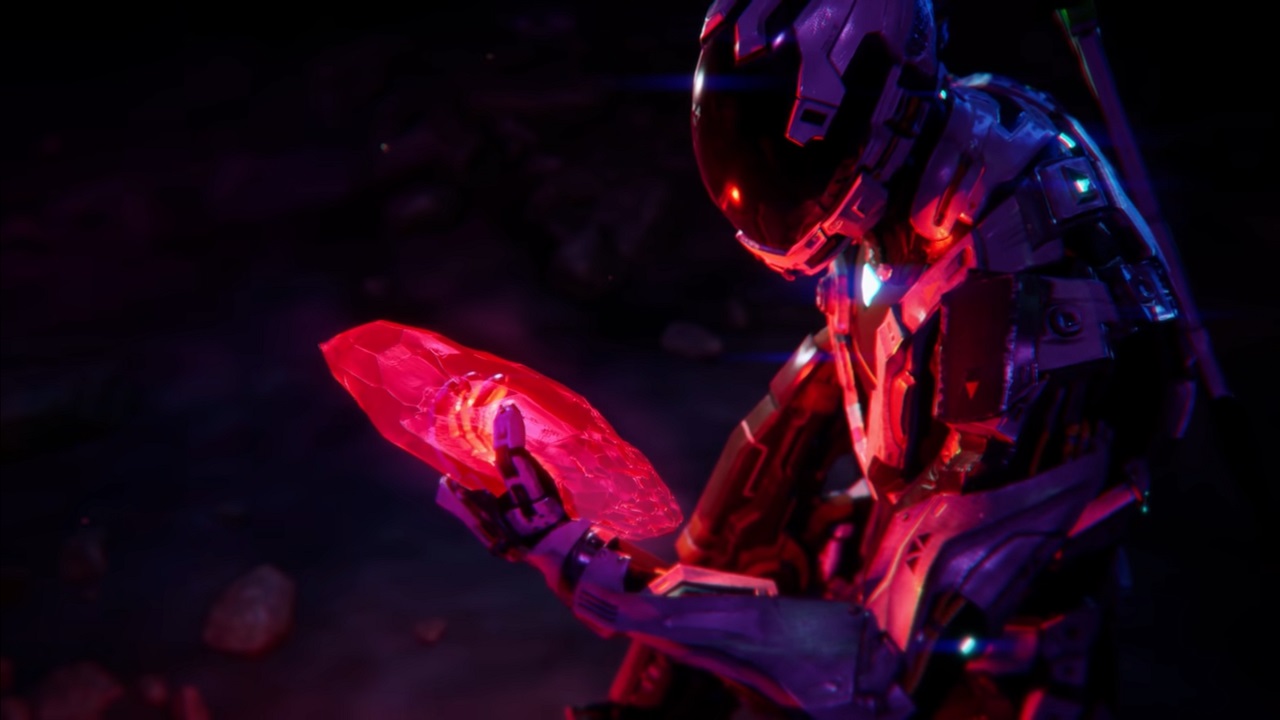 As humankind expands towards the cosmos seeking ever-more precious resources, biting off more than it can chew is often at the center point of sci-fi horror and adventure. Upcoming sci-fi action-RPG-horror Dolmen is such a story. However, it also takes some interesting liberties with the approach to Soulsborne style and active resource management in combat that I’m interested to see more of. I recently got to take a shot at stabilizing timelines and culling dimensional invaders in a preview of Dolmen and came away wanting to dig deeper into the depths of Revion Prime.

Dolmen is a sci-fi cosmic horror set in the far future. For what I know so far, humans discovered a resource on the planet Revion Prime called Dolmen: a crystalized resource in the rocks of the planet with a special energy that allows users to tap into other planes of reality. While the scientific possibilities of Dolmen crystals excite human scientific minds and revolutionize exploration, you know it doesn’t take long for things to go horribly awry. Experiments on mined Dolmen crystals cause dimensional overlap and bring horrific creatures and hostile invaders into our reality. Hired by invested corporations, it’s your job to go down to the planet, bring back Dolmen crystals, and survive the brutally hostile and unstable environments affected by the Dolmen’s properties.

Dolmen is a Soulsborne-style action-RPG. You craft your character with their own specialties or balance across aspects such as strength, skill, science (a stand-in for magic), constitution, energy, and endurance. You also wander through inhospitable environments, traversing pitfalls, fighting enemies, and discovering shortcuts and better gear. During my time, I landed in a mined trench with a nearby broken-down technological facility nearby. It was infested with human-sized insect-like enemies looking to shred me or spit acid at me. Killing them gave me a currency called Nanites that is used for leveling up and crafting gear. When I died, it greeted me with the rather dire words “TIMELINE ERASED” and I’d pick up from a checkpoint, but a remnant of my previous self would be left behind with my collected Nanites to reclaim if I could get there. It should come as no surprise that dying again meant losing that ghost and the Nanites.

Where Dolmen really sets itself apart in a way I thoroughly enjoy is with the incentivization of ranged combat and the Energy system. All character classes have a melee weapon and firearm (some more proficient in one, the other, or balanced between both). Melee attacks and sprinting use a stamina bar while gun attacks use the Energy bar. You can also activate Energy Mode to power up your melee and give it elemental effects. The blue bar drains in a different blue shade while you use your gun and Energy Mode, but it quickly recharges as long as you’re just using those tools. However, this bar is also used for healing, which drains its max capacity (meaning less gun attacks and Energy Mode length). Much like Flasks in Dark Souls, you can use Batteries to restore energy and you’ll always have a max capacity of them that can be restored at any checkpoint.

The Energy system is a big part of what made Dolmen stand out to me because as hard as the game is (my time with the preview certainly wasn’t a cakewalk), using energy to heal yourself means having less energy to do ranged damage and elemental melee. It really forces you to consider carefully when you’re going to heal or use your Batteries to restore Energy because an extra shot on your gun or a timely activation of Energy Mode can mean the difference between life and death.

Just as well, you’ll also find Technologies that can be applied to your character to build them up your way. There is regular leveling through Nanites that increases your attributes, but Technologies are either obtained from various accomplishments or attached to armor and contains special perks across three tiers. By discovering various technologies, you can gain perks like increased ranged damage, health, defense, Nanite collection from defeated enemies, and more. It allows players to further individualize their character strengths beyond their class.

Ultimately, my short look at this adventure allowed me to check out a couple unique areas - the aforementioned one with spider creatures and a wasteland factory where deadly cybernetic soldiers lurked and large, unkillable creatures baked the ground with sweeping rays of death. They led up to boss encounters that featured their own unique challenge to conquer, such as an insect queen that unleashed her skittering offspring on me even as I tried to dodge her much larger claws and spit attacks.

I came away from my short time with Dolmen feeling like as much as it follows the Soulsborne action-RPG style, it also does interesting things to separate itself. The Energy system presents a unique resource management challenge between healing and damage. Moreover, the technologies are a fun way to upgrade characters past their class, leveling, and gear. If this taste was what I can look forward to when Dolmen launches sometime in 2022, then it looks like Massive Work Studio has a very interesting and harrowing adventure in store for us.

This preview is based on a pre-release PC edition of the game, supplied by the publisher. Dolmen is slated to launch on PS4, PS5, Xbox One, Xbox Series X/S, and PC via Steam sometime in 2022.