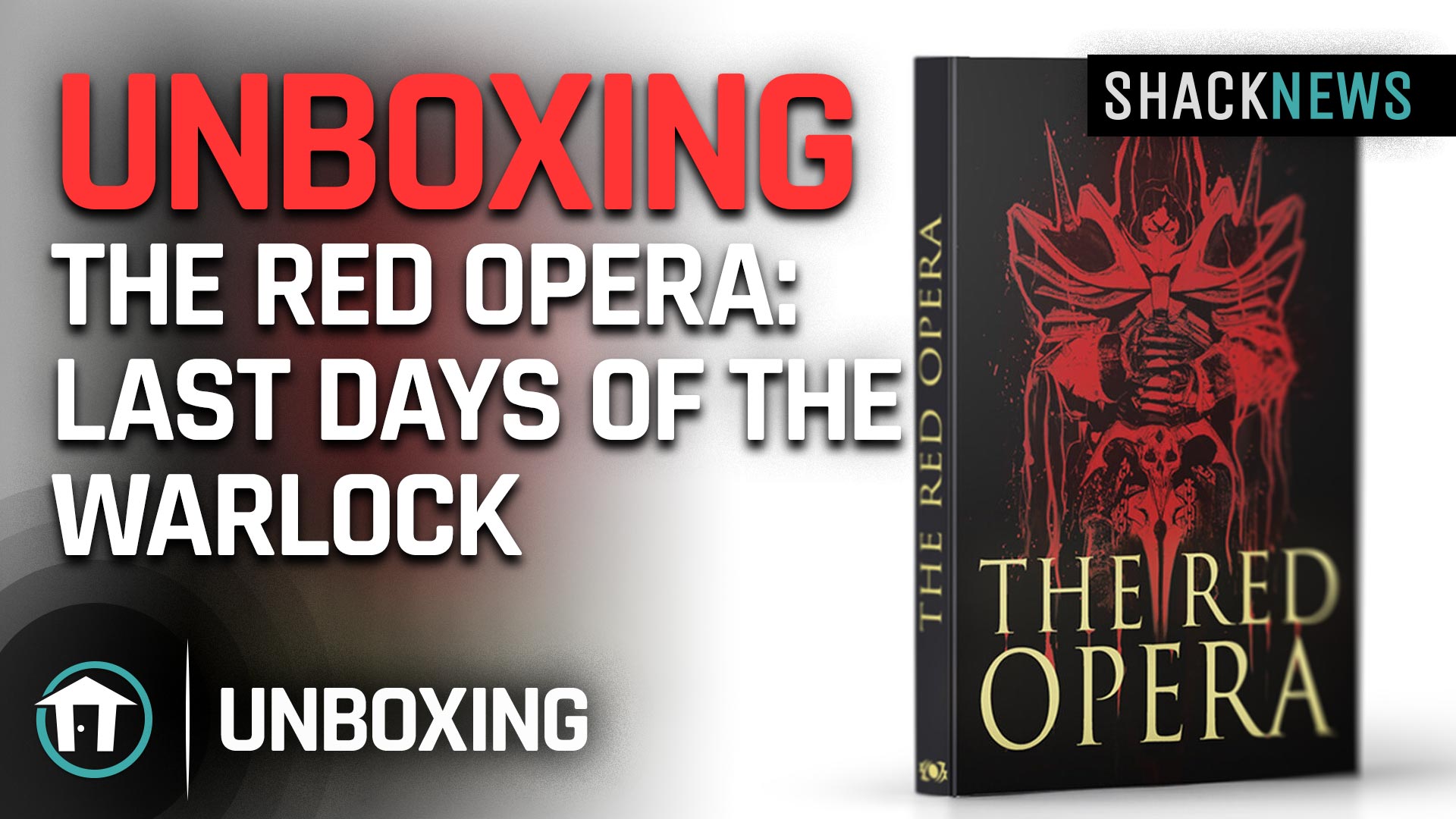 There’s nothing like a great new campaign to play with friends and the folks at Apotheosis Studios are ready to unleash their newest campaign for 5E, The Red Opera: Last Days of The Warlock. The project got off the ground thanks to a successful Kickstarter campaign that reached its initial funding goal in only forty minutes. With a starting goal of $10,000, the project ended up pulling in over $160,000 once the funding period had been completed.

Backers of the project who contributed $50 or more were eligible to receive a hardcover edition of The Red Opera: Last Days of The Warlock. Thanks to the folks at Apotheosis Studios, a copy of this edition found its way to Video Editor Greg Burke, who took the time to unbox the book and show it off on our YouTube channel.

The Red Opera: Last Days of The Warlock is an extensive, player-driven campaign and setting designed for 5th edition. Drawing inspiration from the DiAmorte heavy metal album of the same name, centered upon the oft-overlooked and much-misunderstood class: Warlocks.

For more unboxings, reviews, and interviews with all the folks responsible for creating the biggest games and technological advances in the industry, be sure to check out the Shacknews and GamerHubTV YouTube channels.