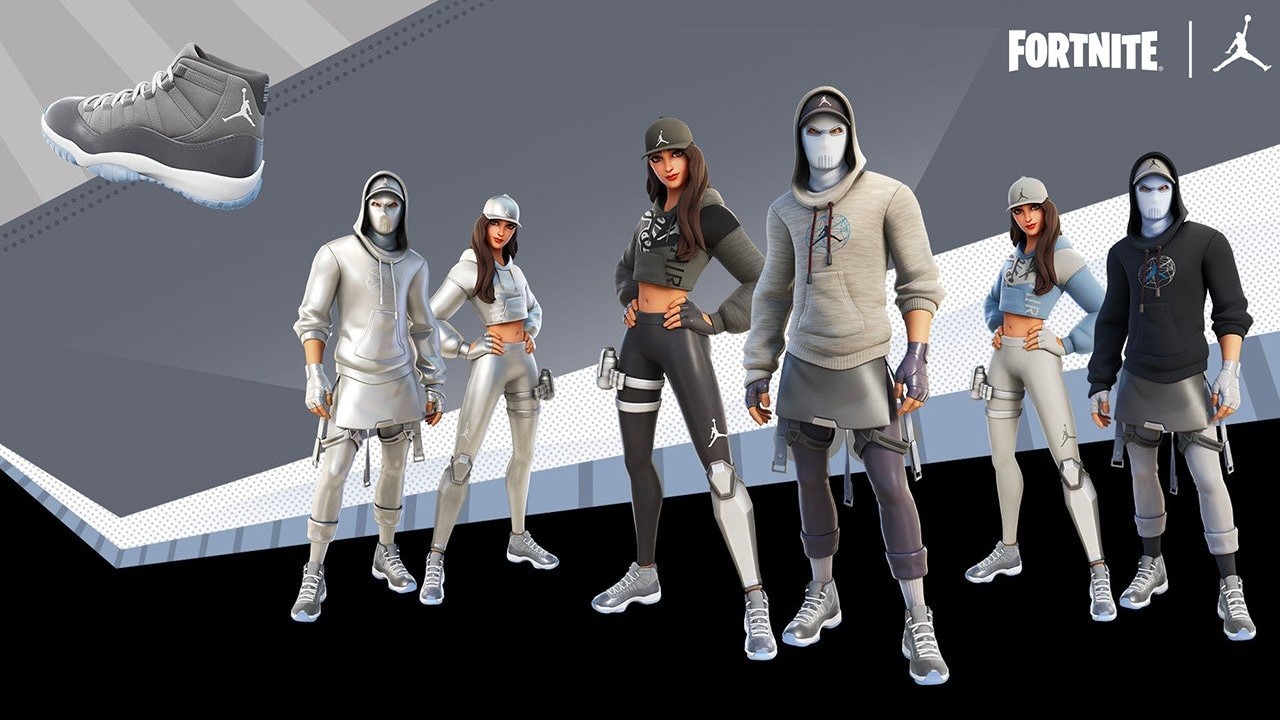 Before Fortnite was getting Balenciaga and Moncler outfits, Epic Games partnered with Jordan to bring some branded attire to the battle royale game two years ago. Now, it looks like Fortnite and Jordan may be teaming up once again to bring some real-life looks to the game, according to a new leak.

Fortnite leaker FNAssist shared images to their Twitter account on November 30, 2021, that appear to be from an unannounced collaboration between Fortnite and Jordan. In the images, we see several outfits wearing different Jordan hoodies, pants, and hats. What’s more, all of the characters are wearing the Air Jordan 11 Retro Cool Grey shoes, a popular real-life sneaker that’s set to make its return to shelves soon.

The leak also claims that there will be a back bling based on the Cool Grey 11s, as well as a dunking emote. Additional screenshots showcase some sort of Jordan compound, likely featured in Creative Mode. The Creative map features a full basketball court as well as some challenge areas. There will also apparently be some challenges tied to the crossover that players can knock out to score some exclusive rewards.

Fortnite leaks are pretty frequent, and FNAssist has a pretty good track record of accurately revealing unrevealed content for the battle royale game. With that in mind, it’s a likely bet that the Jordan x Fortnite collaboration is indeed real. The leaks state that the items will be available on December 1, so we won’t have to wait very long to learn for sure. As we continue to follow the latest Fortnite ongoings, keep it locked to Shacknews.