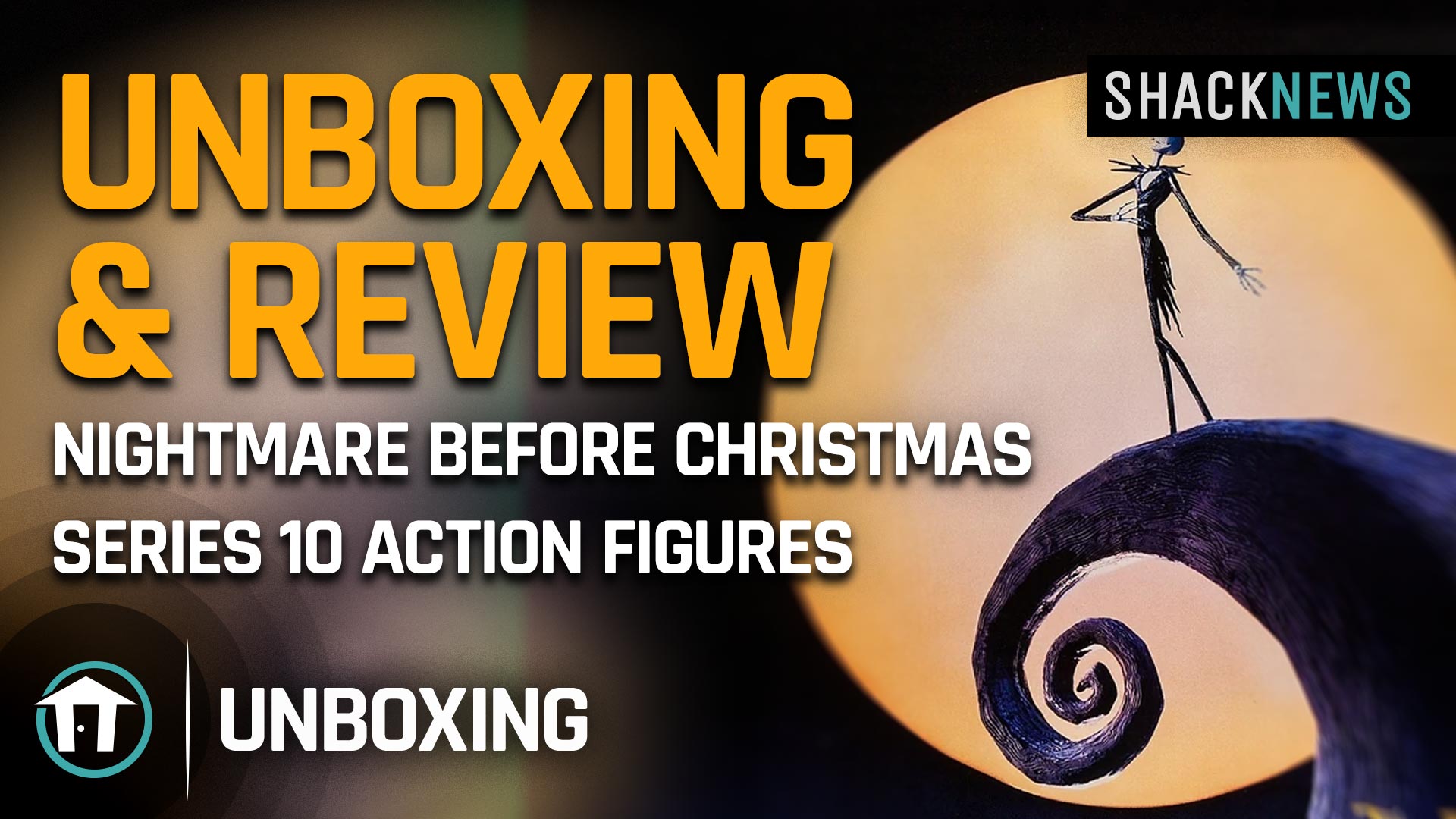 The Nightmare Before Christmas is an iconic Christmas movie that some may even consider the perfect film for Halloween! Regardless of when you like to watch it, the movie is full of delightfully creepy characters which the team at Diamond Select Toys has brought to life in its Series 10 line of action figures. Greg Burke had the opportunity to unbox and review a few of these, including Corpse Mom, Corpse Dad, Mrs Claus, Mr Hyde, and Choir Elf. Please, take a look at the video below!

First off the line is Mrs Claus, who also comes packed with a Choir Elf. These figurines have some impressive details, with Mrs Claus’ dress having some texture to it. Greg does note that the arms cannot be posed and only offer some slight turning and minimal articulation. What’s interesting is that Mrs Claus comes with a pie with a penguin lying on it, which appears only briefly in the film.

Interestingly, Corpse Dad comes packaged in with Mr Hyde as opposed to Corpse Mom. Much like Mrs Claus, the level of detail on these two action figures is quite impressive and their weight makes them feel rather sturdy. Corpse Mom also comes with some knick knacks, including a vampire duck on a board with wheels.

Overall, Greg was left rather impressed by Diamond Select Toys’ The Nightmare Before Christmas action figures. Though having more articulation and bendy arms would make it better to pose them, the level of detail and the sturdy feel of these make up for that missing element. The figures can be found on the Diamond Select Toys website for $29.99 USD each. Be sure to subscribe to the Shacknews YouTube channel and the GamerHubTV YouTube channel so you never miss any unboxing videos or exclusive developer interviews.