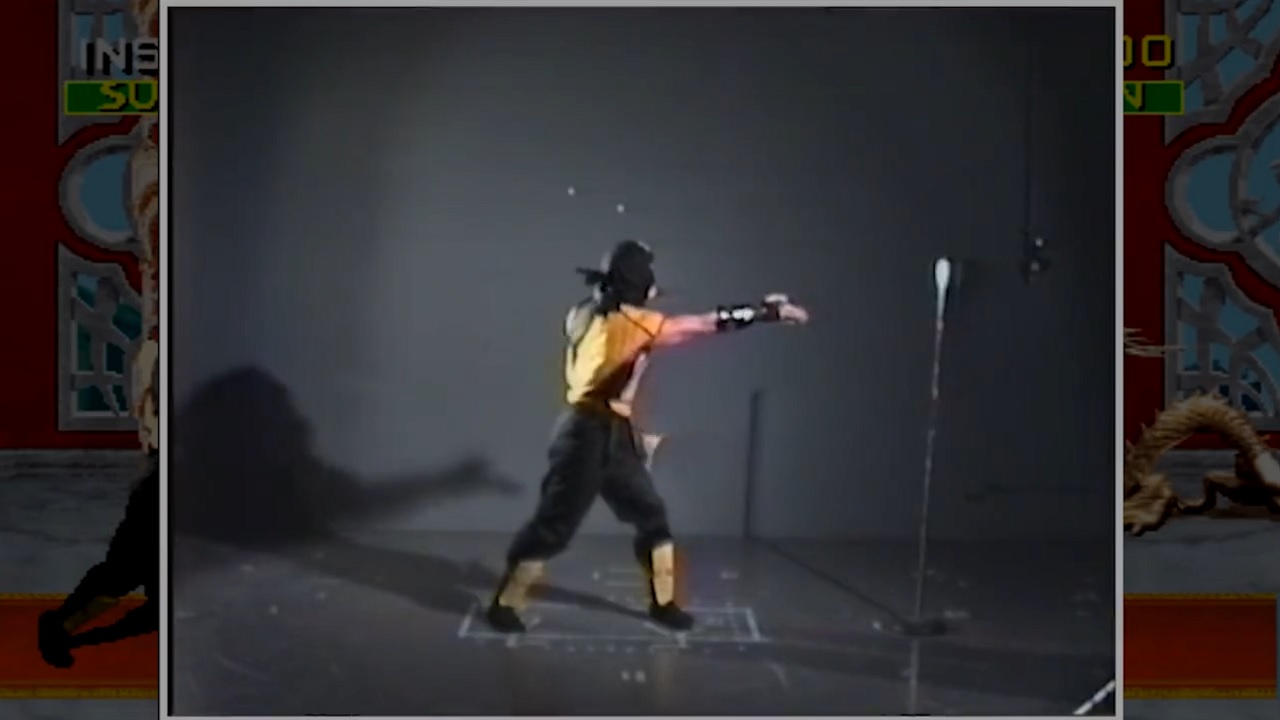 Mortal Kombat is about to be 30 years in in 2022. Having first come out in October 1992, there are nearly three decades of fun, lore, and over-the-top gore to one of the most controversial video game franchises of all time. However, there’s sometimes talk about where any given thing began or how a certain element came to life. In honor of when Midway originally began work on Mortal Kombat, Ed Boon put one story to rest, showing a behind-the-scenes video at how he, John Tobias, Daniel Pesina, and the rest of the Mortal Kombat crew came up with Scorpion’s iconic spear throw.

Ed Boon posted the interesting behind-the-scenes footage on his Twitter account on October 12, 2021. It features a video of Daniel Pesina (who portrayed Johnny Cage, Scorpion, Sub-Zero, and Reptile) doing motion capture for Scorpion. Pesina is performing certain moves when Boon asks the question, “Did ninjas ever have this sort of rope?... Like, uh… an arrow or whatever?” He and Tobias then begin to formulate the movements with Pesina in capture that would become Scorpion’s spear throw.

Mortal Kombat will be 30 years old in 2022. But 2021 marks 30 years since we actually BEGAN working on the game. To celebrate, it seemed like a fun idea to share some behind-the-scenes stuff. This clip shows how we created Scorpion’s iconic (GET OVER HERE!) spear move. (1 of 9) pic.twitter.com/3f1tdvjG9R

Boon claims this is sometimes how the team would come up with moves for characters at the start of the Mortal Kombat franchise.

“We certainly did a ton of prep for our video shoots, but some ideas came to us while filming. With Scorpion’s spear, it started with ‘You know what would be a cool a** move?’. From there you can be a fly on the wall and see us working through the details,” Boon explains.

It’s interesting to say the least. There’s been plenty of hearsay over the years about early Mortal Kombat things, but this is one of the few times we’ve ever gotten to see a video like this simply explaining the answer outright.

More importantly, it led to one of Mortal Kombat’s most iconic moves. Scorpion has been throwing chained spears ever since, even in the rather successful Mortal Kombat 11. With the 30th anniversary of Mortal Kombat upcoming, we expect 2022 is going to be a big year for the Mortal Kombat franchise. Stay tuned as we follow along with any new reveals ahead and celebrations ahead.