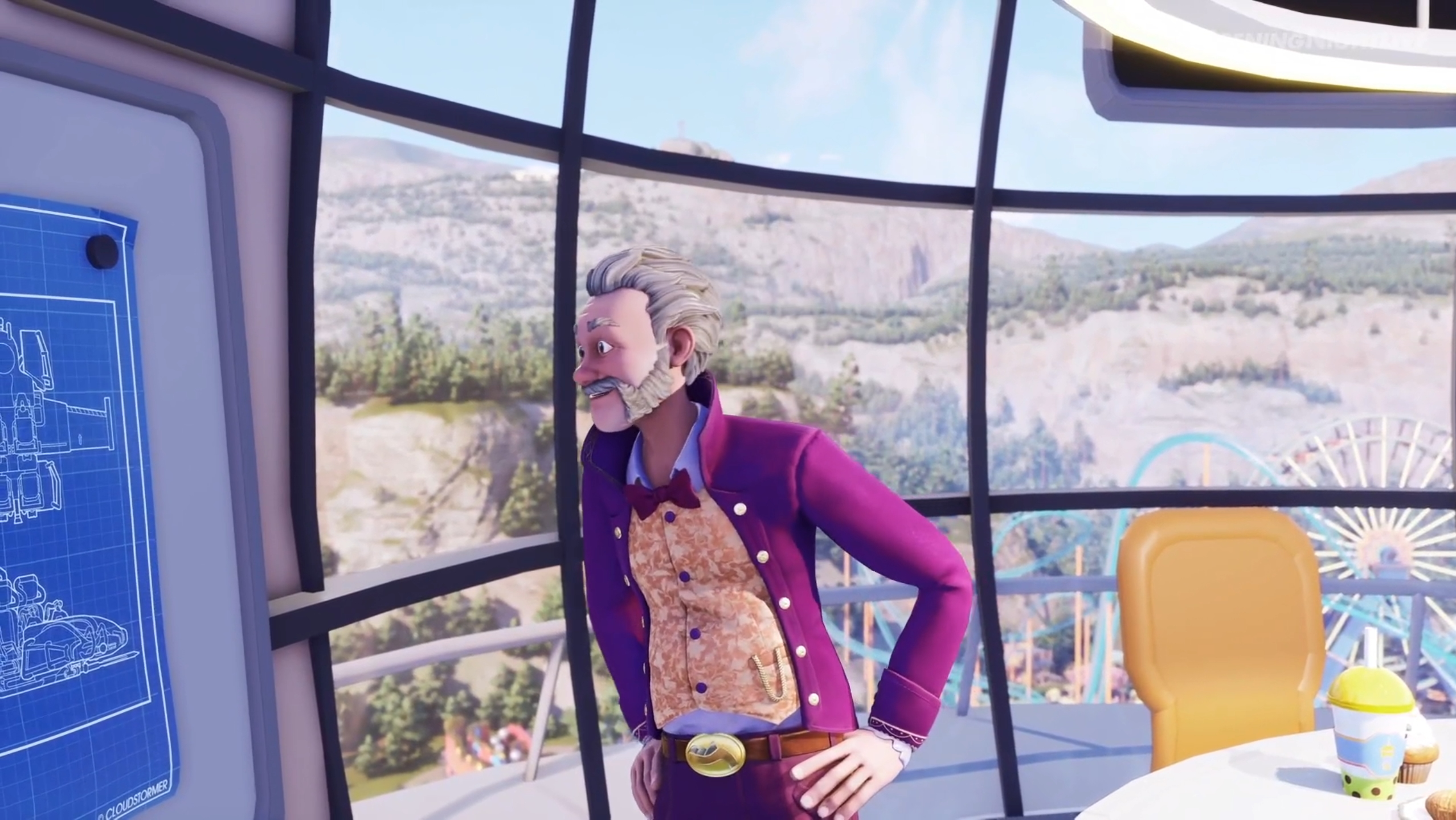 In a bit of surprise, the Opening Night Live event at Gamescom 2021 was home to several announcements in the park management genre. One of these games is from veteran studio Limbic Entertainment, best known for their work on the Tropico series. Their newest game, Park Beyond, is a fresh take on the theme park management sim.

Publisher Bandai Namco has offered the following synopsis for Park Beyond:

Do you want to become a legend? Of course you do. That’s why you’ve taken a position as the newest Visioneer at Cloudstormers, a theme park design company whose parks have been suffering from low attendance due to old-fashioned rides. With your imagination and the help of the Cloudstormers team, you’re about to build parks that are a once-in-a-lifetime experience!

Thanks to some unprecedented breakthroughs in engineering, your team has developed a process called Impossification! This system lets you push the concept of any ride beyond the laws of gravity and physics in the most exciting ways possible. You’ll be able to create fire-breathing roller coaster trains that leap over gaps like a dragon in flight. You can shoot guests across the park in huge cannons, dunk them into a gigantic fishbowl with an enormous octopus, or even send them into the stratosphere in a real space ship!

Don’t forget that the success of a park depends on more than just the rides! Every detail needs your attention and creative touch—the shops, the concessions, the shows, and the colorful decor—you have full control over it all!

Prospective park builders will have their hands full when Park Beyond launches on PC, Xbox Series X, and PS5 in 2022.