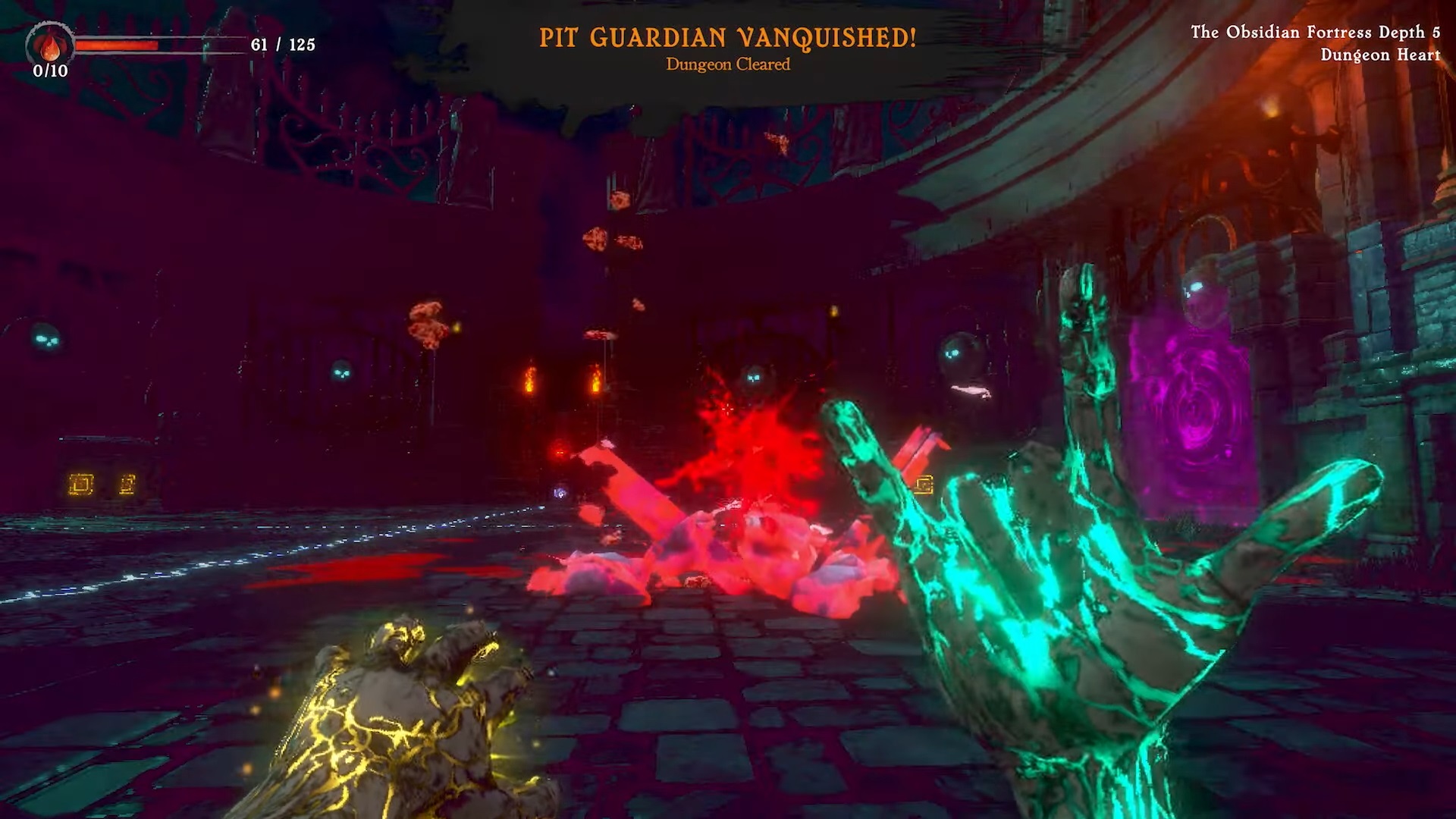 Into the Pit is a dark magic roguelite coming in October

Tuesday's Gamescom 2021 Xbox Stream continued with a look at an all-new game from publisher Humble Games. Players will step into an FPS-style roguelite, where they use dark magics to go through a demonic realm. It's called Into The Pit.

Into the Pit puts players in the role of a powerful mystic, who finds himself in the middle of a cursed village. He and his cousin, Luridia, soon find a demonic pit that bursts with evil power. Players must fight off the demonic forces of the portal by using their chaos magic and venture through dangerous dungeons.

Players won't have to wait long for Into the Pit. The game is set to release on October 19 on PC, Xbox Series X, and Xbox One. And, as noted earlier in the show, it will release on Xbox Game Pass on Day 1, like many other games in the Humble Games library. You can learn more about Into the Pit over on the Humble Games website and also catch up with all of our coverage from this year's big show by visiting the Gamescom 2021 topic.