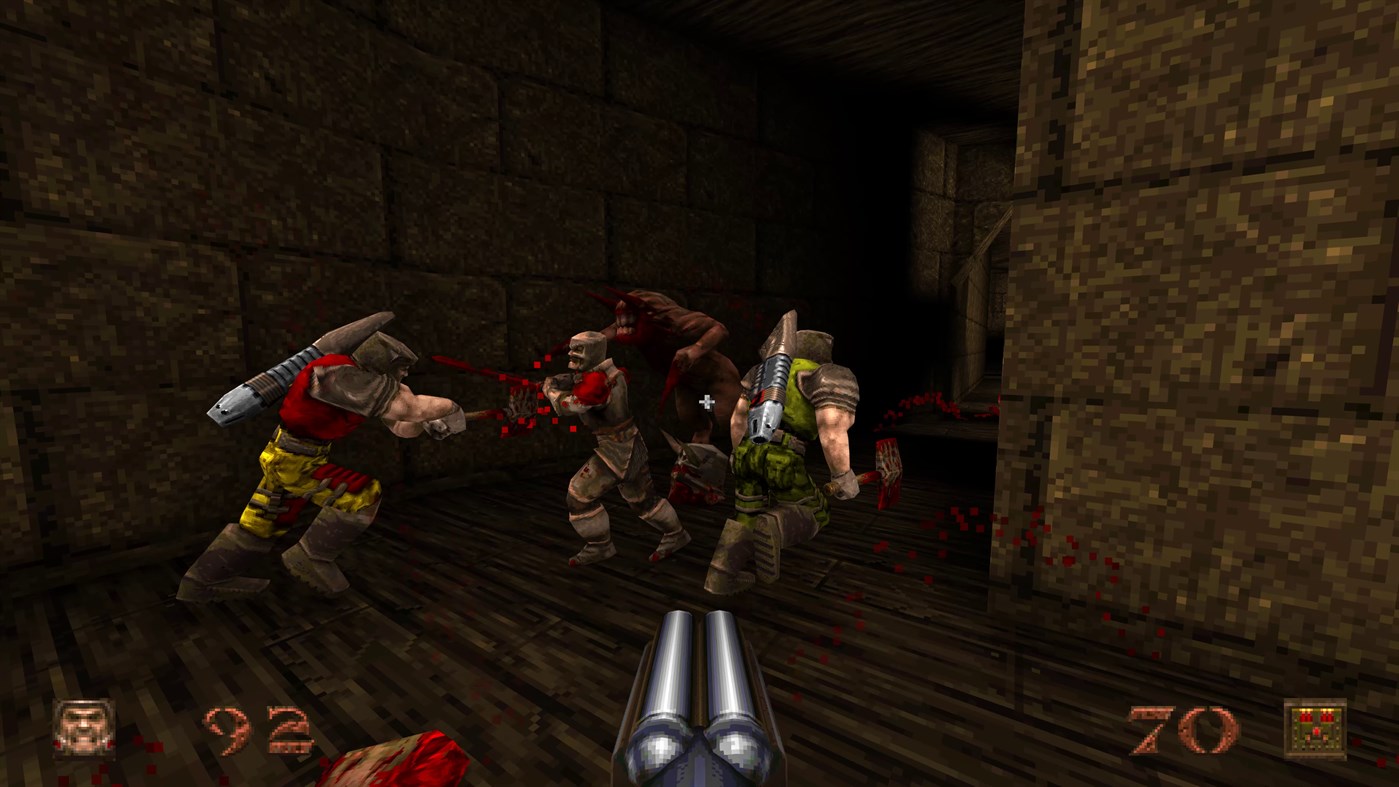 Quake is one of the most iconic and influential video games ever released. In addition to setting the groundwork of so many future first-person shooters, it was also massive for developer id Software. Now, the arena shooter is returning with a re-release. Quake gets 4K support, crossplay, and a content expansion from MachineGames with its new enhanced version.

The enhanced version of Quake was leaked, and even posted to the Xbox Store and PlayStation Network before getting its proper reveal at QuakeCon At Home 2021. The new release revitalizes the 1996 game by adding 4K resolution and widescreen support, making it a much more visually satisfying experience on modern hardware. One of the biggest additions is the implementation of crossplay, allowing players on Xbox, PlayStation, and PC to all game together.

The re-release of Quake includes “The Scourge of Armagon” and “Dissolution of Eternity” expansions, as well as two brand new expansions. “Dimension of the Past,” and “Dimension of the Machine” were developed by MachineGames, the team that brought you the new era of Wolfenstein games. Bethesda shared a brief description of the new content expansions.

In the deepest depths of the labyrinth lies the core of lava and steel known only as The Machine. Crusade across time and space against the forces of evil to bring together the lost runes, power the dormant machine, and open the portal hiding the greatest threat to all known worlds—destroy it...before it destroys us all.

The Quake re-release is available now on Xbox One, Xbox Series X, PS4, PS5, and PC for $9.99 USD. This is just the start of what will likely be several major announcements made during QuakeCon At Home, so stick with Shacknews and keep up with it all.