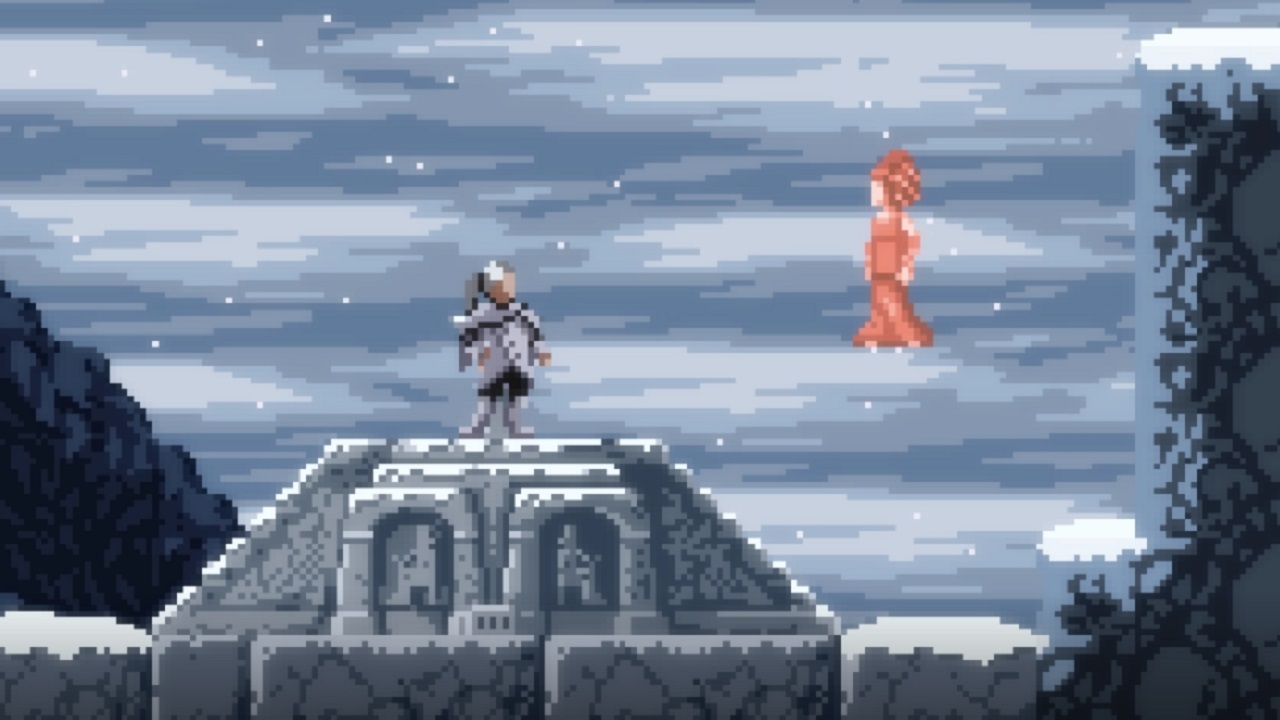 Axiom Verge 2 review: Back to the Breach

Metroidvania games seem to come at a dime a dozen these days, especially in the indie scene, but Axiom Verge was quite its own beast in 2015. Thomas Happ successfully captured the nostalgia and isolation of early Metroid with beautiful, yet creepy pixel environments, characters, and creatures, and a good soundtrack to go with them. Now in 2021, Axiom Verge 2 has arrived with a new adventure and many of the aspects we loved about the original. It doesn’t always keep things flowing very well and the story can feel outright esoteric at times, but Axiom Verge 2 adds some new tricks while keeping the spirit of isolation and exploration of the unknown intense in this side-scrolling platformer.

Axiom Verge 2 is quite separate from the first game. They deal in some shared concepts and narrative background, but you don’t need the first game at all to play the second. The story goes that billionaire and Globe 3 corporation CEO Indra Chaudhari is informed that her estranged daughter has gone missing. A mysterious message tells her to head for Antarctica where a rival corporation has set up scientific investigation. However, when Indra gets there, she finds it looking abandoned.

It doesn’t take long for Indra to get caught up in scientific chaos and drawn into a parallel world where hostile machine drones attack any human on sight. Indra is almost killed by cruel fate before her journey can even begin, but a mass of nanomachines with a collective conscious known as an Arm embeds itself within her and imbues her with their power. From here on, Indra continues her search for her daughter, following the bread crumbs left by an unknown entity, as well as searching for a way to return to Earth.

Much of Axiom Verge 2 is the standard fare you might expect of a pixelated metroidvania. You explore various areas, finding yourself blocked off at various points, and eventually finding means to overcome obstacles. Each area features a wealth of drone combatants to either fight or avoid and you have melee and limited projectile means to attack them, but each upgrade in abilities gives Indra the means to dive deeper into a narrative that bends science fiction with Sumerian and Mesopotamian lore and mythology. She just wants to get her daughter back and get home, but it’s hard to ignore the background of wars between otherworldly groups, the sacrifice of humanity for power, and the subservience and defiance of god-like beings.

Axiom Verge 2 is a game well served by its pixelated background, as well as the atmospheric soundtrack featuring a wealth of electronica and haunting vocals. The areas are vast and varied and the music that permeates them deeply immersed me with a sense of isolation. The only thing that’s kind of a bother is that this game gets very hefty on the technical jargon. Whether it’s scientists talking about the experiments that landed them there or the natives talking about the power bestowed upon them, Axiom Verge 2’s story delivery often feels inside baseball. The notes you come across and the rare encounters with various individuals in the wild is dizzying beyond the two main tasks of saving your daughter and escaping.

The tools to move forward

As mentioned before, Axiom Verge 2’s gameplay progression is the typical collection of tools that allow you to traverse the environment in expanded ways. There’s a melee weapon, a boomerang for projectile attacks, hacking for doors and machines, and so much more. Each upgrade often comes in the form of a new Arm (like the first one that saved your life), some with their own sentient personalities. The hacking one is quite good because at a certain level, you can outright neutralize difficult enemies or make them fight the other enemies in the room. There’s also an Arm that allows you to shift your consciousness to a drone so you can explore small spaces, as well as dimensional tunnels leading to the Breach.

Returning from the first game, the Breach is a space between parallel worlds much like the one Indra and other characters accidentally used to leave Earth. With it, your drone can explore a secondary world map that can allow it to open up new paths in the main world map. By using abilities like this, you expand the space you can travel through in Axiom Verge 2 little by little in a mostly satisfying manner.

There are special collectibles that grant you ability level-ups like a stronger melee attack for the drone form. However, you don’t get anything from fighting normal enemies outside of perhaps some small health pick-ups to restore a bit of what you lost fighting them. In this way, it’s almost often better to dodge around enemies rather than engaging them as you get stronger and more mobile. Still, it was hard to say I ever felt overpowered. On the contrary, the game even serves up a point where it takes the power you’ve amassed away to leave you in a vulnerable form chasing after the thing that stole your gathered abilities.

In this way, Axiom Verge 2 works very well to keep you feeling nervous about your next encounter at nearly all times no matter what you’ve collected. I will say it’s a little wonky sometimes though. At certain points there are massive machines that serve as sort of impromptu bosses. You can kill them for ability level-ups, but most of them seem trivial to fight. I was able to brute force pretty much all of them, save a couple. And there’s little reason to worry because checkpoints are abundant and you just go right back to the most recent one if you die.

On the flipside, this game barely handholds you at all. It points you in the direction you should try to go and has you figure it out for the most part. There’s no one to remind you or give you hints of what you should be doing. This sometimes goes against Axiom Verge 2 because of the backtracking you often have to do to get something you need to move forward. At one point, I was stuck for a while, scouring every corner of the map I had not charted for any sign of a new item or direction. It was frustrating to say the least, especially since this game delights in a deluge of dead ends. It’s faithful to the explorative style it was inspired by, sometimes to a fault.

Axiom Verge 2 was more of what I wanted for the most part. Thomas Happ’s understanding of the metroidvania formula works very well throughout the game and it even changes up quite nicely from what the first game had for us. I enjoyed exploring and discovering new abilities, taking in the atmosphere of music and pixels, and platforming through varied pitfalls and foes. Combat feels half-baked and sometimes I really wish the game would have just told me what it wanted me to do next to move the story forward. The narrative going on is intriguing, but also a bit too technobabble at times. Even so, it’s a journey that pushes you into the unknown to overcome a vast tapestry of obstacles and enemies in stark isolation. For that, Axiom Verge 2 continues to nail down the Metroidvania-style in a solid and challenging way.

This review is based on a PC digital copy of the game obtained through purchase. Axiom Verge 2 is available now on Nintendo Switch and PC via Epic Games Store.