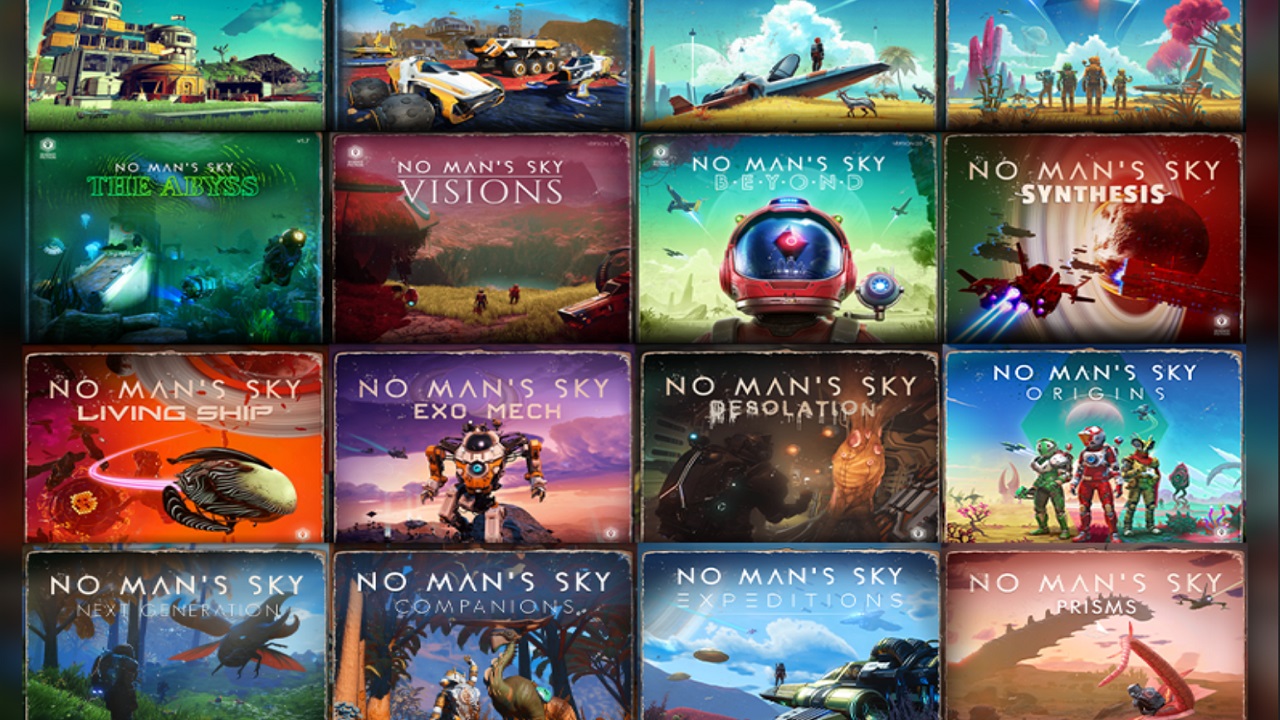 It is amazing to think that space-exploration sim No Man’s Sky is already five years old. It seems like only yesterday that we were first hyped up for it on the PS4 before the initial launch, admittedly the disappointment of which left us wondering how long it could survive. Sean Murray and Hello Games made fools of us all, but to our benefit, too. Not only did No Man’s Sky survive. It grew with fantastic free update after free update to truly evolve into an incredible game on multiple levels. And it only continues to grow, with the recent five-year anniversary trailer teasing the next free update: Frontiers.

Sean Murray of Hello Games took to the PlayStation Blog on August 9, 2021 to share the anniversary trailer, tease the next update, and take a thoughtful look back at what’s come out so far. It was extremely interesting and got us a little misty-eyed to see some of the game’s biggest milestone updates over the last five years compiled into one place. See for yourself below.

No Man’s Sky Next, Visions, Next Generation, Exo Mech, Living Ships, Origin, Prisms… There have been so many good updates to the game over the year, each bringing an incredible wealth of new content for spacefaring players to explore. We even got to see a crossover event in which players could go on a mission that would lead them to Mass Effect’s Normandy SR1 ship, something hardly anyone could have seen coming. This five-year anniversary compilation was quite good, but it all leads up to the next thing for No Man’s Sky. Frontiers is the next free title update. According to Sean Murray, it’s not going to reinvent the game, but it is something the team feels No Man’s Sky has been missing in a big way.

“In some ways it is just another update, but in other ways it’s a missing piece of the sci-fi fantasy that we’ve always wanted to add, and very fitting for our fifth anniversary,” Murray wrote of Frontiers.

Moreover, Murray closed in saying that the team is far from done with No Man’s Sky and still has much it wants to explore with players. With everything that’s come so far, we have to say we’re looking forward to seeing what comes next. Stay tuned for more details on the Frontiers update as they become available. Happy 5th birthday, No Man’s Sky.