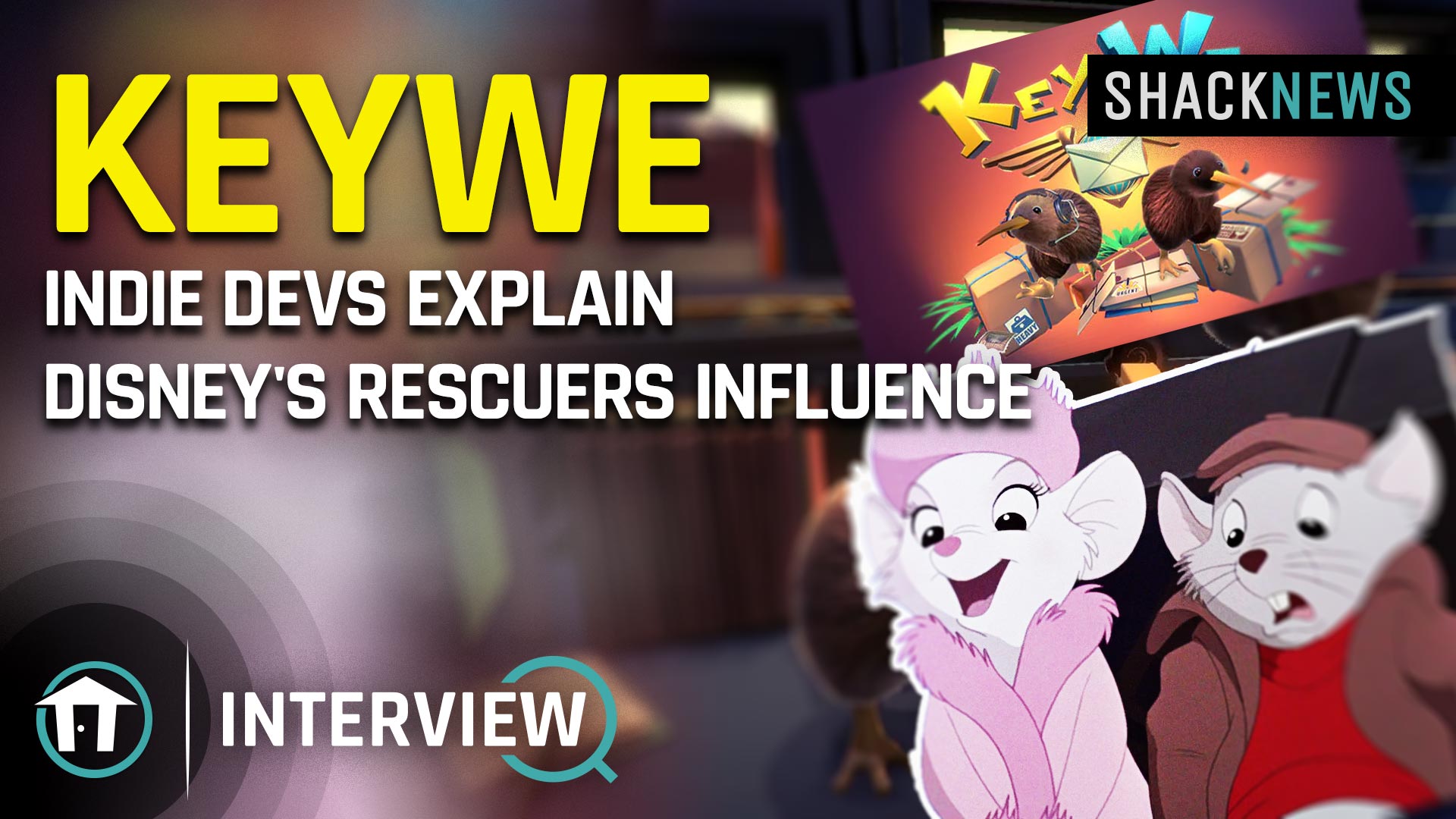 Nothing excites us more here at Shacknews than playing games where you’re a cute little animal. The latest game from Stonewheat & Sons is KeyWe, and wouldn’t you know it, it’s a game where you play as a cute little kiwi bird that is responsible for getting the mail out. We recently had the pleasure of chatting with Animator and Illustrator Joel Davis about KeyWe and how Disney’s The Rescuers was an influence.

In KeyWe, two players take on the role of two small kiwi birds – a flightless bird native to New Zealand. As these two birds, it is their job to handle the mail. Players will need to sort the mail, put on stamps, send telegrams, and even piece together letters – we wrote about the finer details in our KeyWe hands-on preview. The game is truly adorable, and it reminds us of those old-school Disney animated movies, where animals interact with the larger world around them. During the interview, Greg mentions that KeyWe reminds him of Disney’s The Rescuers Down Under. When asked whether there was any inspiration from that, Joel answers, “Absolutely. We’re big fans of The Rescuers.”

Joel goes on to say that a few members of the team are big fans of The Rescuers and the sequel, The Rescuers Down Under. He continues, “Other animated movies too, where the characters are little animals interacting with the larger world, like Secret of NIMH and FernGully.” This comes through in KeyWe, where the two kiwi birds are positively dwarfed by the equipment around them. There’s a toaster the pops up the mail and the keys to the typewriter are so large the only way to type is to jump on each key one at a time.

KeyWe is shaping up to be a truly unique title. Fans of the chaos of Overcooked will no doubt want to keep an eye on KeyWe when it launches on August 31 on Steam, Xbox Series X/S, PlayStation 4, PlayStation 5, and Nintendo Switch. For more developer interviews, check out the GamerHubTV YouTube channel and the Shacknews YouTube channel for exclusive gameplay.