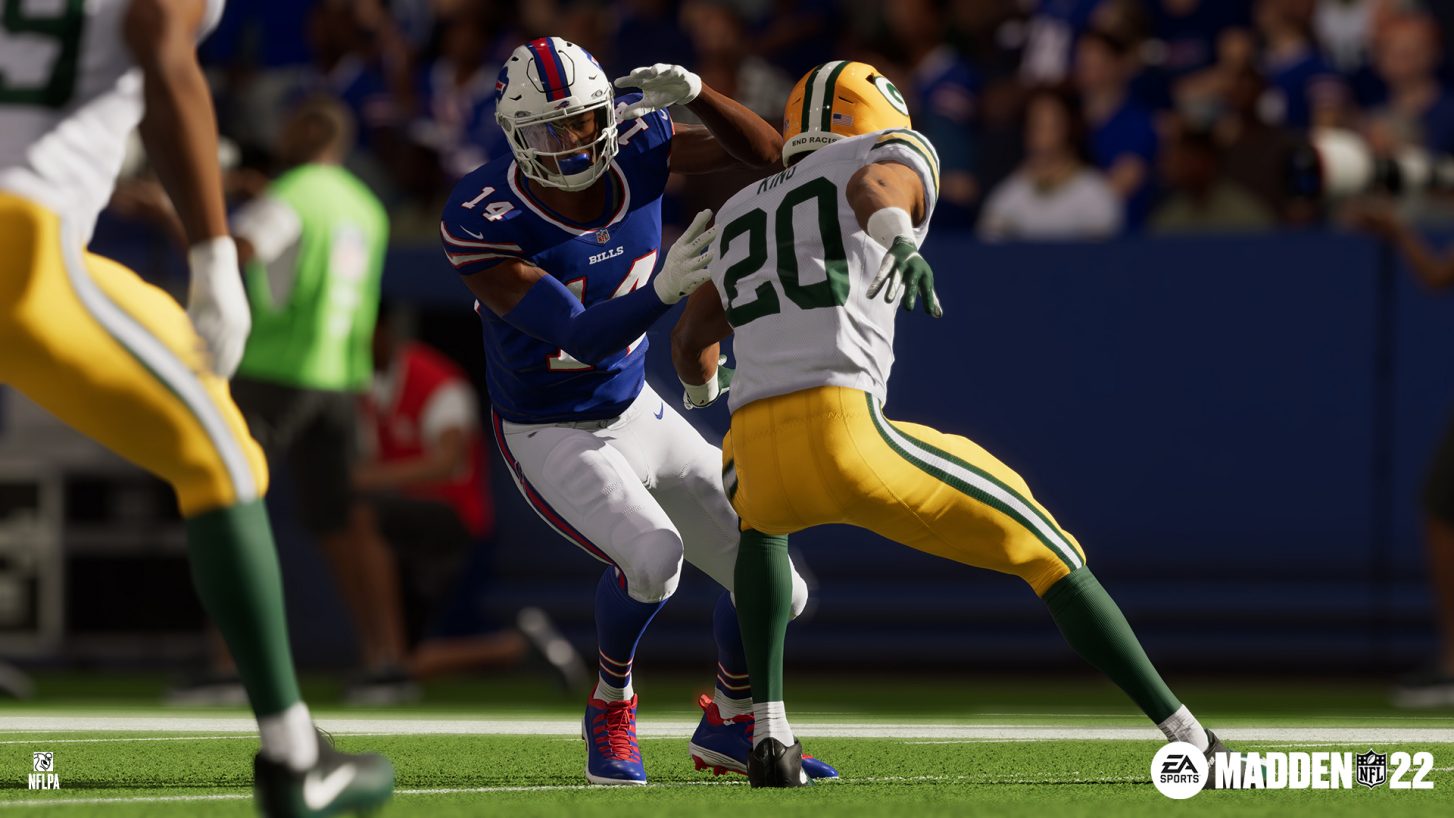 With Madden NFL 22 set to launch in less than a month, EA Sports has begun to reveal player ratings for this year’s game. The Madden ratings let us know what players will be dominating the competition in the game this year. It also serves as a great subject for arguments and debates among sports fans. This year’s ratings reveal begins with wideouts, so let’s look at the best wide receivers in Madden NFL 22.

After another impressive season, Devante Adams is entering Madden 21 as the game’s highest-rated wide receiver. The Packers star also becomes a member of the highly-coveted 99 club. DeAndre Hopkins maintains his 98 overall from last year, though Adams’ promotion means Hopkins is no longer the top WR in the game. EA Sports announced the new Madden ratings in a post on Twitter.

Another big story here is Stefon Diggs. In his first season with the Buffalo Bills, Diggs had the best season of his career in terms of yardage. That impressive performance has also led to him receiving the highest Madden rating of his career. Stefon Diggs comes in at a 97 overall, which puts him in the top 5 wide receivers in the game. Tennessee Titans newly-acquired star Julio Jones rounds out the 5 best wide receivers in Madden 22.

Michael Thomas, who was given a 99 overall in last year’s game, comes in at a 94 overall in Madden 22. After a bit of a lackluster follow-up to his record-breaking year, Thomas falls several spots in the receiver ratings. Injuries kept Thomas off the field for a solid chunk of the year, leading to the decrease in production.