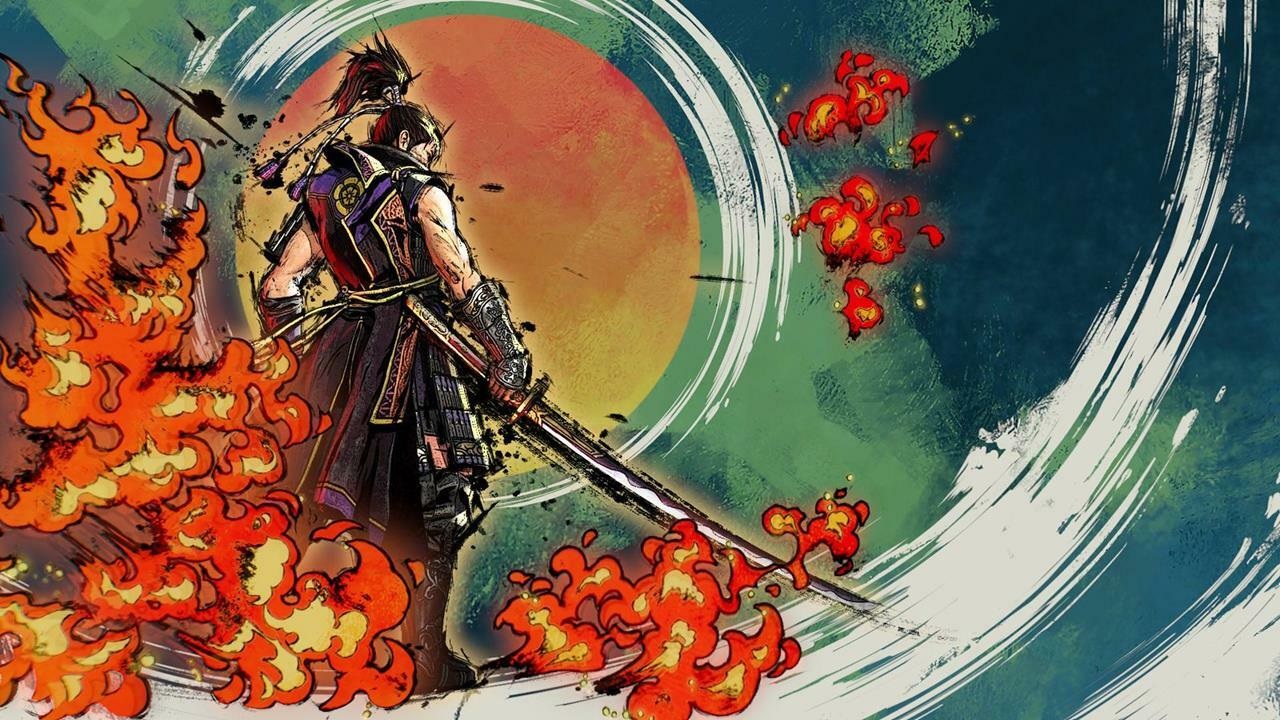 The core Musou franchises, Samurai Warriors and Dynasty Warriors, are easily among the greats of comfort food gaming. They aren’t particulary challenging unless you bump their difficulty up, but they do supply a visceral good time as you cut your way through battlefields of soldiers with some of the most famous figures in Eastern history. Koei Tecmo and Omega Force have been working on spinoff projects like Pirate Warriors and the impressive Hyrule Warriors: Age of Calamity for some time. However, the time has come to return to one of the pillars of Musou, and they’ve done it in impressive new style with lessons learned from their previous projects in Samurai Warriors 5.

Returning to the saga of Nobunaga

Back in June when I covered a hands-on preview of Samurai Warriors 5, one of the things I was most impressed with was the revamp in visuals to the franchise. Characters in the Warriors games have always been very stylized and cool-looking over the years, but Samurai Warriors 5 has taken the series in a visual direction it’s never been before. The colors throughout the game are vivid, the attack effects are splendid, and every part of the design is brightened in ways that looks dang near cel-shading, but with a far smoother touch to it.

This new visual style is perfect for taking the Samurai Warriors series back to one of its most iconic stories: that of Nobunaga Oda’s conquest to unify all of Japan and his subsequent betrayal and defeat at the blade of Mitsuhide Akechi. The story starts with Nobunaga from his very early aspirations in the Owari and Mino Provinces, but it isn’t long before it opens up to follow Mitsuhide as well. Much of the story revolves around their conquest and eventual fateful clash.

Make no mistake, the game’s roster is pretty vivid. Alongside Mitsuhide Akechi and Nobunaga Oda, Samurai Warriors 5 hosts a fine collection of heroes, villains, and other prominent figures related to Nobunaga’s conquest and fall. Hideyoshi Hashiba, Lady Nō, Ieyasu Tokugawa, Nagamasa Azai, and Hattori Hanzō are some of the familiar faces in the Samurai Warriors series appearing alongside newcoming faces such as Sandayū Momochi of the Iga ninja clan, Dōsan Saitō of Mino, and Nobunaga’s African retainer, Yasuke, to name a few. Because the story stays so close to Nobunaga and Mitsuhide, some players might be disappointed to find that other famous names such as Musashi Miyamoto, Kotaro Fuma, and Jubei Yagyu are absent this time around. Nonetheless, it’s a well-rounded cast of playable characters for the story we get.

The fields of battle

Gameplay in Samurai Warriors 5 mostly stays true to the core of the Musou series. In each scenario, you’ll have a series of objectives to complete as you battle your way across the map. The most basic among these is defeating certain officers and capturing bases to open ways forward into enemy territory. However, sometimes it switches things up with unique objectives here and there. You’ll run into stuff like escorting engineers to a specified place and making sure they don’t get killed by enemy officers along the way or opening a certain gate and using a side road in the map to launch an ambush. I wouldn’t say the objectives are too incredible or grandiose, though they do have good variety throughout the main campaign.

More importantly, the maps are vast enough that you’ll often have control of multiple characters to help you carry out your missions. For this part, I’m glad to see that Omega Force implemented something they did in Hyrule Warriors: Age of Calamity where you can give light directions to whichever character you’re not playing. Say you have an enemy officer heading towards your main camp threatening your main general in a scenario. You can tap a single button to pull up the map and direct your unplayed character to move towards the camp while you continue whatever you’re doing with your currently controlled character. Then, you can switch to them with another single button press, carry out the fight at the camp, and direct your previously played character to their next destination while you take care of business. This was a delightful feature in Age of Calamity and I’m glad it made its way here.

Where you start with Nobunaga in the campaign and must often play a specific pool of characters depending on the story level, you’ll also unlock these characters for use at will in other modes when you finish some levels. Even further, after a certain point, you’ll unlock scenarios such as Mitsuhide Akechi’s path that show similar scenarios from the perspective of other characters. For instance, since Nobunaga and Mitsuhide opposed each other at the Battle of Mino, you’ll eventually get to play the battle from each character’s side in two different versions. It’s a little bit of recycling, but it also presents its own story with different objectives depending on whose scenario you’re playing, so that’s still fun.

Even as you’re playing through the campaign (Musou Mode), there are also other modes where you can collect resources to level up your characters and weapons or just mess around. Free Mode allows you to play any scenario in the campaign with any of the warriors you’ve unlocked. Meanwhile, Citadel Mode offers unique challenges in which you must defeat randomized officers and sub-objectives while keeping a base from falling so you can earn resources. These resources allow you to level up your characters, power up or forge weapons, buy new items, or even upgrade the services like the Blacksmith or Shop to make their offerings higher quality.

One thing I did find a bit disappointing was the way in which combat style works. Though most of the characters powers and super moves that are unique to them, the basic combat styles are not unique to any of them. Instead, combat styles are categorized into weapon classes. It's similar to more recent core Musou games, but I definitely enjoy games like the early Samurai and Dynasty Warriors and games like Pirate and Hyrule Warriors where each character's combat style is unique. Each character starts with a specific weapon and affinity to that weapon style, but they can equip and become proficient in any of them. What this means is that if Nobunaga and Mitsuhide both equip a katana, they have the same based attack strings with that katana. Only their Musou move is different.

There are a lot of weapon types and it takes a while before you see characters using the same ones, but it’s still very noticeable and a bit disappointing for how otherwise stylish and unique every character is. However, it also means you can stick a character with your favorite weapon type and level them up in that weapon if you so wish. I will admit it’s kind of funny to strap a character like Nobunaga’s tiny sister Oichi with a giant sledgehammer, but goofiness aside, I’m kind of sad to see the characters lose their distinctly unique playstyles from the early games and recent spinoffs.

Small gripes aside, Samurai Warriors 5 still has all of the important elements that make it a fun Musou game, plus some bells and whistles from previous spinoffs that are much appreciated here. The new visual style looks so good in this game. Meanwhile, the main campaign keeps its scenarios generally spicy while utilizing good mechanics from previous Omega Force games. The Free and Citadel modes are good for grinding up levels for your characters or experimenting, but I never felt so outmatched that I needed to spend lots of time doing that. I lament that personal character movesets have fallen by the wayside in favor of weapon category movesets and if you get quickly bored with these games I don’t think this one will blow you away. That said, Samurai Warriors 5 is a gorgeous game telling a classic story full of awesome characters and it doesn’t require much more investment than that. If that’s all you need, this is one of the best the Musou franchise has to offer.

This review is based on a PlayStation 4 digital copy provided by the publisher. Samurai Warriors 5 launches worldwide on July 27, 2021 on PlayStation 4, Xbox One, Nintendo Switch, and PC via Steam.