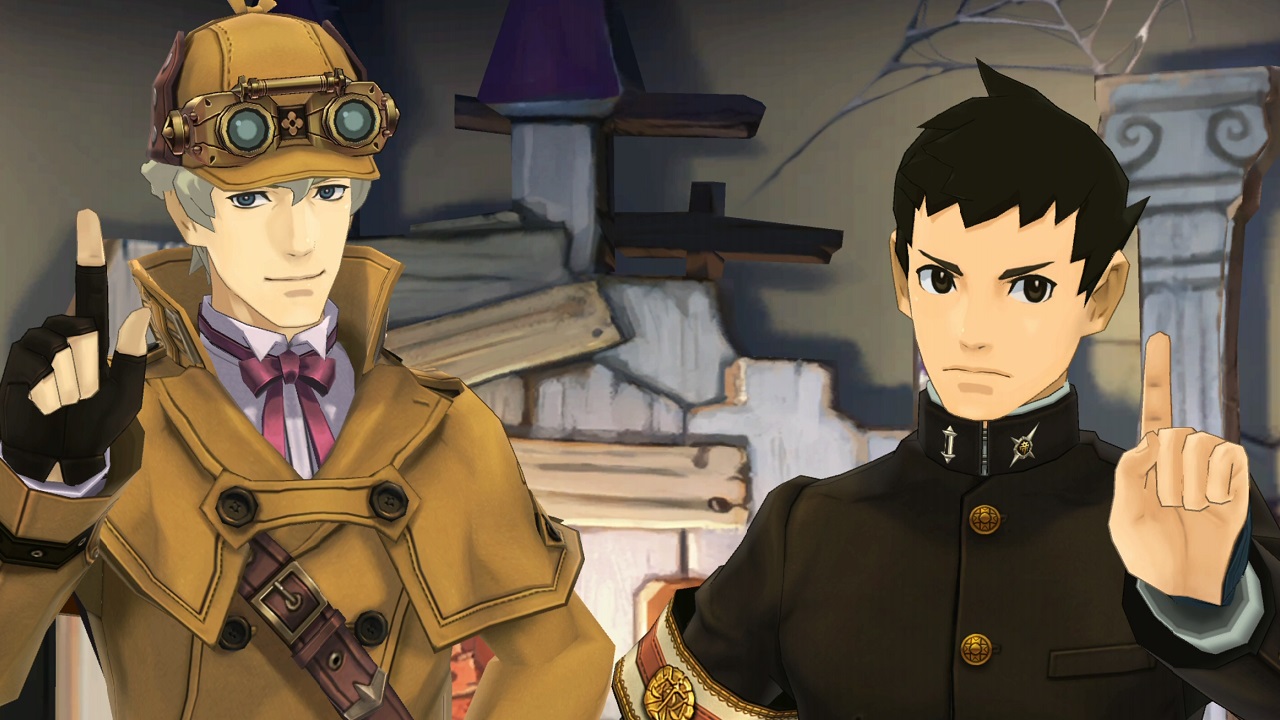 Having followed along with much of the Ace Attorney franchise since the first Phoenix Wright came out on the Nintendo DS in 2001, I feel two of the absolute strengths of this series are just how interesting the logic puzzles are and how it keeps one on edge about the outcome from the beginning of a case to the very finish. It’s a compelling interactive drama that I don’t think many other visual novel style games manage to pull off nearly so well. In 2021, the world is finally getting a follow-up on the Nintendo Switch with The Great Ace Attorney Chronicles. Not only has this latest venture not missed a beat, but I see it as the most riveting and interesting collection of cases yet.

The Great Ace Attorney Chronicles takes players back to around the 20th century as Japan was just beginning to open its doors to Western civilization, technology, and ideas, including law and court justice reform. To that end, players take up the role of Ryunosuke Naruhodo (ancestor to Phoenix Wright) as he journeys from Japan to Great Britain to study the nature of Western law and courtroom practice to bring back to his homeland. The overall package consists of 10 episodes (five in each game) containing a wealth of compelling narrative, a menagerie of interesting and quirky characters, and a mind-bending treat of investigation and logic puzzles.

In particular, The Great Ace Attorney Chronicles isn't the first to move the franchise from 2D to 3D models, settings, and animation, but it does make use of 3D spaces and the longstanding iconic art style of this franchise to make almost every character pop with curiosity and charm (as if they weren’t written well enough). The quirks and animations of characters throughout this game are a big part of what brings life to them.

If you want a prime example of that, look no further than Herlock Sholmes. They essentially took the legendary detective, Sherlock Holmes, and turned him into a himbo (that is, a very pretty male airhead) that provides a wealth of comedic moments to much of the game, paired alongside a ridiculous amount of confident swagger and unexpected moments of shining logic and reasoning. He also plays big into one of the collection's most fun mechanics, but he’s also just one part of a great circus of characters full of variety and spice throughout the game.

The sheer charm and variety of The Great Ace Attorney Chronicles cast is but one of its greatest strengths, though. It’s also aided masterfully by the backdrops of gorgeous scenery in investigations and a fantastically well-done soundtrack inside and outside court. It all makes for a great balance between ghastly details, compelling drama, touching tragedy and comeuppance, and a good sense of comedic timing to boot. Simply put, it’s some of the best of the cast, world-building, and narrative I’ve seen come out of the Ace Attorney franchise to date.

One of the few issues I have in terms of narrative is that you’d better strap in for some lengthy diatribes, some of which can feel very long-winded. At its core, The Great Ace Attorney Chronicles is still a visual novel full of characters talking out a story. You’ll sometimes get to points where you know the answer to a question well before it’s ever asked, but you’ll have to wait for the dialogue to bring you to that pinnacle point. I will admit, long-winded blasts of information and exposition have historically been an inconvenience in this series, especially for the impatient, and it’s not really lessened here. However, it also plays a part in building up drama, anticipation, and payoff, so as long-winded as it can be, I’d consider it a double-edged sword.

Good characters and narrative, as I mentioned before, are just one side of the core elements that make the Ace Attorney franchise work so well. The part that really boosts these games above most visual novels is its masterful use of scene investigation, inspection, and logic puzzle-solving. To that end, I also think that The Great Ace Attorney Chronicles has gone a long way in upping its investigative and puzzle-solving game.

A lot of the core, working elements of previous games are intact here in the normal gameplay loop. You investigate outside of court, gather clues and information from pertinent environments and people. Then, you take what you’ve learned into court to use as your logical ammunition in cross-examination of witnesses and address of prosecution claims in defense of various clients. I will say that as the stand-in for Phoenix Wright in this game, Naruhodo has just as much of Wright’s court bravado, but with so much more second guessing and pondering in his nature throughout. It makes him feel even more like an underdog scraping for every chance to pull himself out of a corner, and so incredibly easy to root for by extension. Getting a logic puzzle right and chipping away at the lies to reach the truth is as rewarding and dramatic as ever, if not more so.

That said, The Great Ace Attorney Chronicles has a number of new tricks up its sleeve to add to both investigation and courtroom drama. As mentioned before, Detective Herlock Sholmes plays big into one of the mechanics of the game.  Throughout the parts in which he is involved, Sholmes will often launch into Great Deduction segments about suspects that are meant to shed light on the case, but they are often hilariously off the mark at key points. It’s on Naruhodo to take the false claims and apply evidence in the suspect's possession, in their immediate vicinity in the room, or in your own collected evidence to them. In that way, you sort of mad-lib and course correct these deductions into the illuminating explanations they are meant to be. Not only are they further fun logic puzzles, but the theatrical dance of rationale and reasoning on display between Sholmes and Naruhodo is something you just need to see and experience.

Then there’s the Jury Summation segments. In this game, at various points of courtroom proceedings, juries of six will go back and forth between Guilty and Not Guilty decisions. If all six lean towards Guilty or Not Guilty, the trial should end and a verdict should be passed. However, a lean towards Guilty moves the case into a Jury Summation segment. Similar to cross-examination, players will hear each jurors' reasoning for choosing their verdict and can pressure them to expand on their statements. If players can find meaningful inconsistencies in the statements of two jurors, they can pin these statements together to sway them away from the Guilty vote. It’s a new and cool way of approaching logic and puzzle-solving in the Ace Attorney series that I quite thoroughly enjoyed.

Most importantly, much of The Great Ace Attorney Chronicles “correct answers” are really fun and reasonable. It feels as electric as ever to arrive at an “Aha!” moment in these games. And if you can’t get it right? The game is still pretty forgiving in that you can save at practically any point, inside and outside of court, investigations, and important decisions. That makes it incredibly easy to go back and try to figure things out again if you bungled up somewhere along the way. The ability to quickly skip through dialogue you’ve already seen before is also a pretty great quality-of-life addition in these circumstances.

For as much as The Great Ace Attorney Chronicles tries (and succeeds) at keeping the franchise’s core elements intact, it also takes some fun and meaningful new chances. I think one my few laments is there aren't really deviating branches and there's little reason to go back once you're done with the story beyond your own interests in re-experiencing it. However, the additions to the working core formula are thoroughly enjoyable and make the whole thing another gold standard classic for the visual novel genre. With its strong cast of characters, complicated and compelling cases, and a good combination of new and classic elements in a good, lengthy prequel story, The Great Ace Attorney Chronicles is courtroom drama I couldn’t put down till I saw a mystery through to the end.

This review is based on a Nintendo Switch digital copy supplied by the publisher. The Great Ace Attorney Chronicles is set to release on July 27, 2021 on Nintendo Switch, PlayStation 4, and PC via Steam.