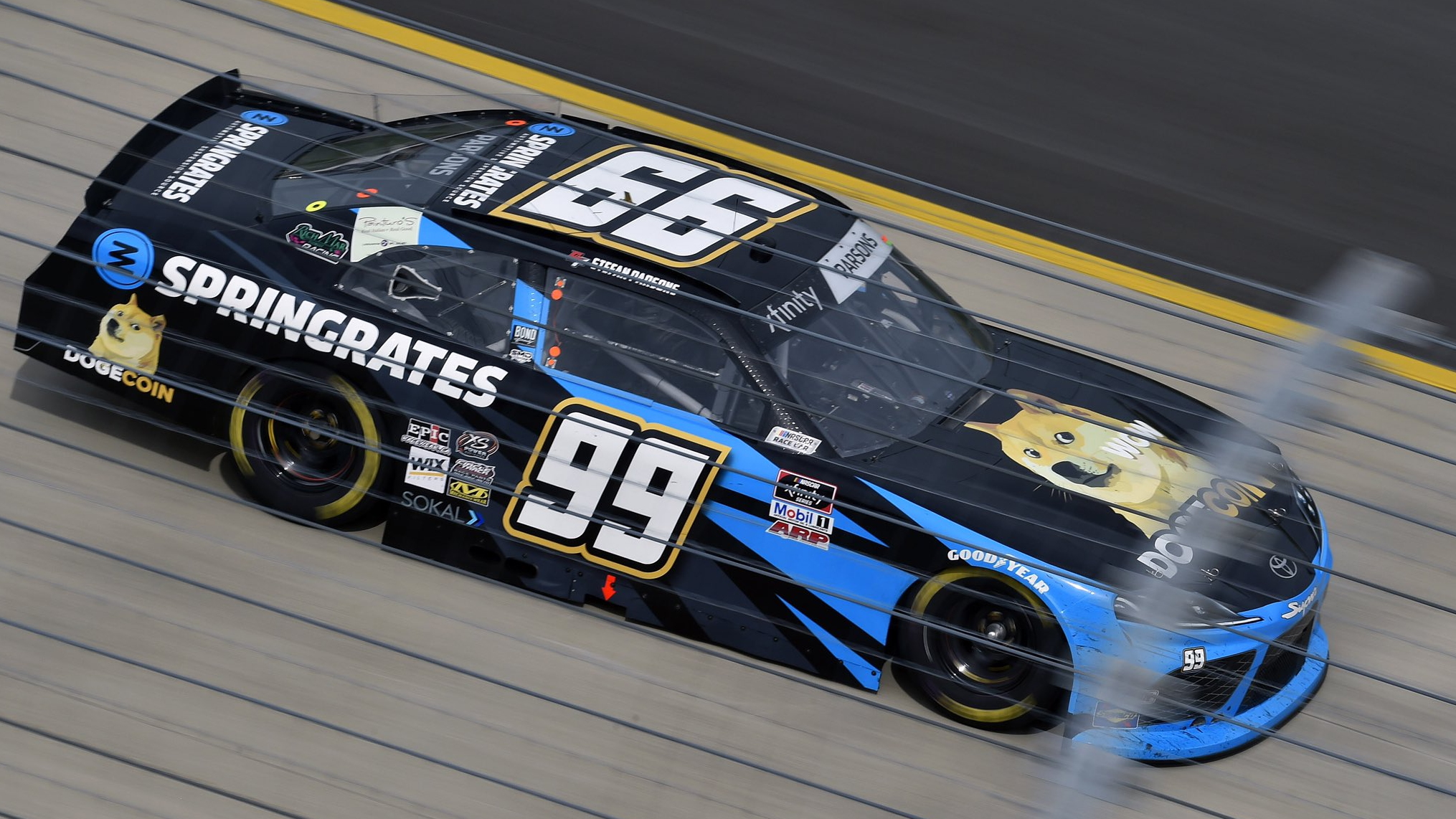 Sometimes internet culture finds a way to bleed over into real life in interesting ways. One such occurrence took place this past weekend when the NASCAR Xfinity Cup Series traveled to Nashville, Tennessee for some high-speed oval racing. In the field of cars competing in the race was the Doge-themed #99 Toyota piloted by Stefan Parsons. On lap 70, Parsons clipped another car on the front straightaway and lost control of the #99, prematurely ending his day. The internet wasted no time after the wreck and went to work producing memes.

Once Parsons lost control of the car, it drifted down into the infield grass before going sideways and turning back up towards the wall on the outer side of the track. The car slammed into the wall head-first and then began a long horizontal skid that saw the Dogecar slide across the finish line. The #99 car was wrecked beyond the ability to repair and Parsons finished the afternoon in 36th place. The repeating images of the Dogecar crashing made for rich Twitter meme fodder.

The #dogecar has crashed. 😢

Anyone good at gif creating wanna make something where this gif stops right as it crosses the line and dogecoin is strongly in view, and a doge pops out and says “how YOU doin’”?@MrStevenSteele made a joke about how this is like sliding into DMs and I think it’s perfect pic.twitter.com/2EdD4Hsq1U

Ultimately, Parsons was able to walk away from the wreck and offered some words of encouragement via his Twitter account. “Thanks to everyone for the support this weekend. We’ll take the positives away from this weekend and learn from it. Been a rough couple weeks but we will build on it and be better for next time! Proud of the whole @TeamBJMcLeod crew for the effort we showed this weekend.”