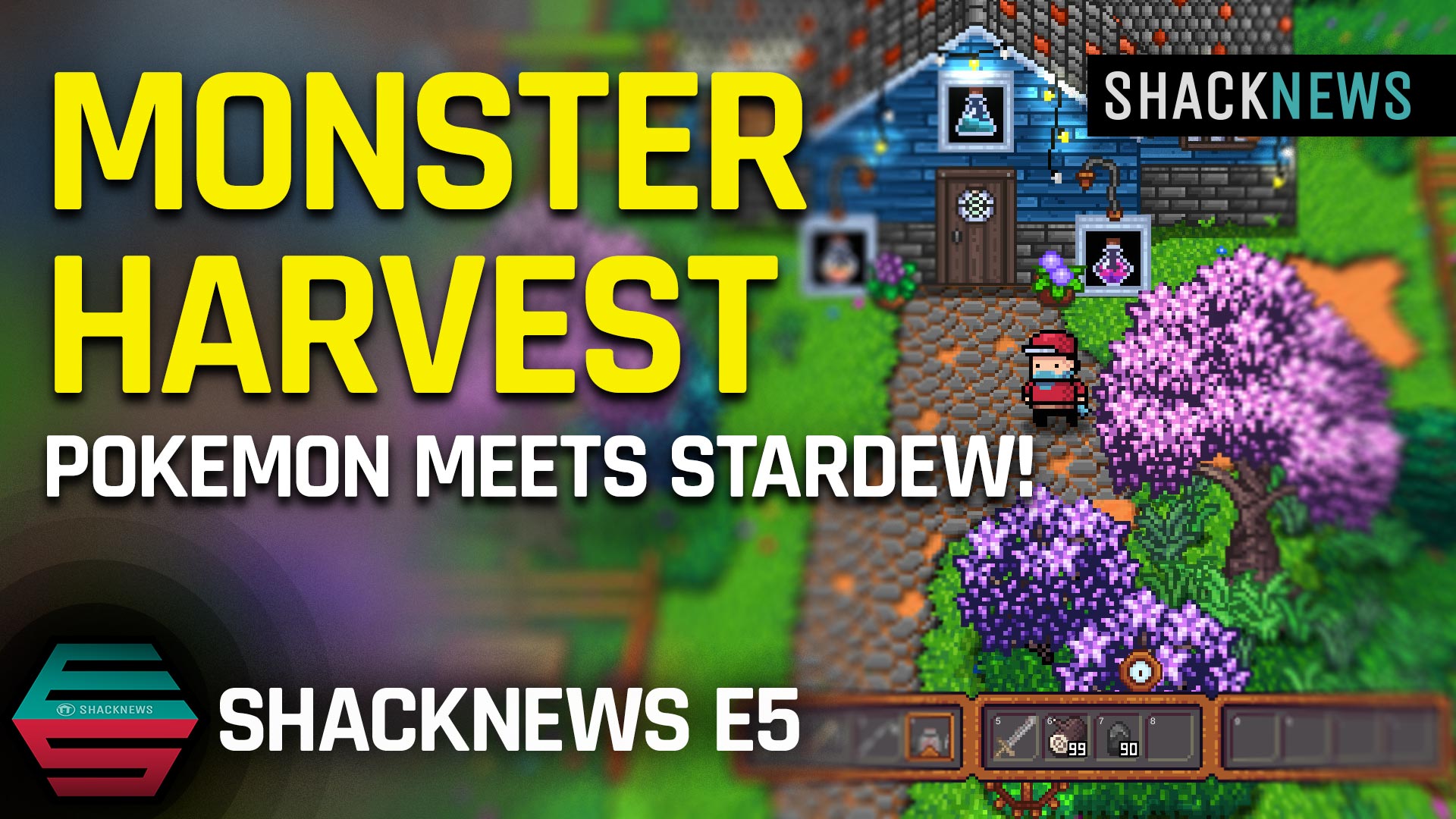 One of the really fascinating upcoming indie releases is Monster Harvest. Developed by Maple Powered Games, this game is best pitched as Pokemon meets Stardew Valley. Players manage a farm and grow crops, but can also create and befriend powerful creatures that will defend them in battles. We got to sit down and talk with the Lead Designer on Monster Harvest about their work on the game and how the idea came to be as a part of our E5 celebration.

The Monster Harvest interview debuted during Shacknews E5 2021, but is now viewable using the video embed below. During the interview, we chatted with Lead Designer Kerry Vandenberg, talking about how Monster Harvest came to be, as well as the developer’s goals for the game. Monster Harvest is set to hit full release in just a month, but is currently in Early Access.

It’s clear to see the influence of games like Stardew Valley and Pokemon in Monster Harvest. The simple premise of taking over a relative’s farm, bringing it back to glory and growing a variety of crops for profit is straight out of the ConcernedApe playbook. However it’s the Pokemon twist that really sets the game apart. Players can take their plants and mutate them, creating Planimals, living creatures that will fight on your behalf. These creatures can level up and learn new moves, and are a major part of the core gameplay in Monster Harvest.

Monster Harvest seems like a fascinating experiment, as we covered in our hands-on preview of the game. This interview was done as a part of Shacknews E5 2021, our ongoing celebration of the brilliant minds that make up the gaming world. For more exclusive content, be sure to not only follow us on Twitch, but subscribe to Shacknews and GamerHubTV on YouTube as well.