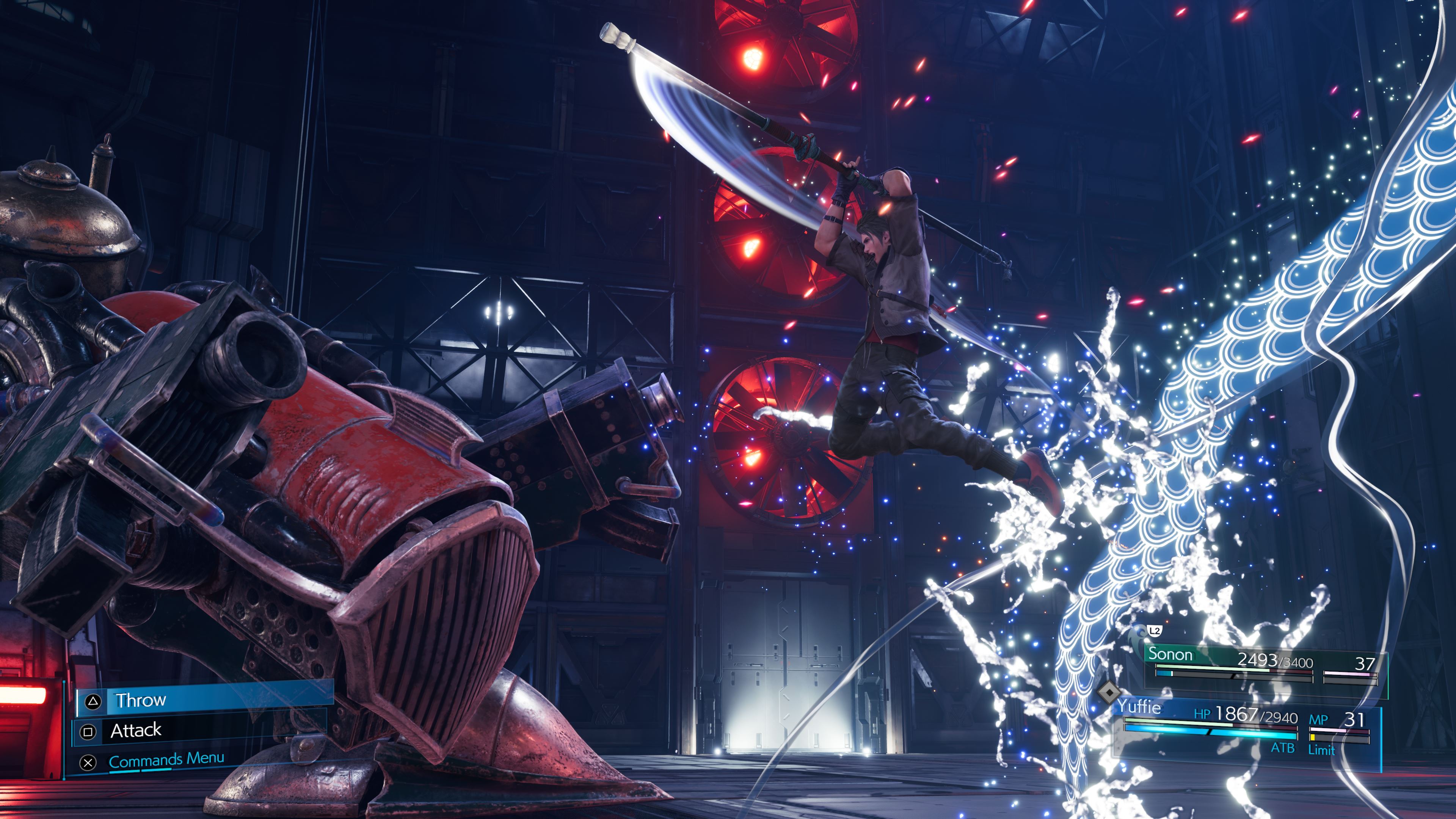 It would have been enough for Square Enix to take Final Fantasy 7 Remake and give it a boost for the PlayStation 5. However, that's not all that they did. A new package called Final Fantasy 7 Remake Intergrade doesn't just upgrade the base game, it comes with a new DLC episode called Episode INTERmission. For those who played the original Final Fantasy 7, this is an entirely new episode, one not seen in the PS1 classic, and it's absolutely worth every Final Fantasy 7 fan's time.

The Episode INTERmission DLC takes place concurrently with the main Final Fantasy 7 Remake story, starting players off after the events of Chapter 7. While Cloud, Barret, and Tifa are returning from their battle with Shinra at Mako Reactor 5, a ninja from the Wutai region named Yuffie is just reaching the Midgar slums. While Wutai is at war with Shinra, it doesn't share some of the extremist views of Avalanche. Therefore, while the "splinter cell" Avalanche is on its own mission, Yuffie has come to Midgar for her own mission, which is to infiltrate the Shinra building and track down an ultimate materia that the company has supposedly created.

Yuffie as a playable protagonist is a clever choice, in more ways than one, mainly because her youthful exuberance is a total 180 from what Remake players have experienced with Cloud Strife. Yuffie oozes confidence, bordering on arrogance, but never loses sight of the mission. For a DLC episode, her personality stands out greatly. Her differences from Cloud are more than just skin deep, though. She introduces some interesting new ideas to Remake's combat and offers a potential preview of what's to come down the line.

While Cloud fights methodically with his massive sword, Yuffie specializes in ninjutsu, making her a much more agile character than the SOLDIER boy. Yuffie fights mainly with her shurikens, which can be used up close. However, the Triangle button allows Yuffie to throw her shuriken at distant enemies. Hitting the button a second time will have her retrieve her shuriken by closing in on her target, opening the door for some wild combos.

Yuffie's style isn't limited to the battlefield. Players can throw shurikens at distant boxes to collect their contents or they can throw them at far away switches in order to open up new paths. Yuffie's agility lets her wall run across certain gaps, offering some new traversal possibilties that weren't available in the base Remake campaign.

Yuffie battles alongside Sonon, a new character created solely for the Intermission DLC. Sonon carries a staff, making him more of a ranged fighter. While it's cool to watch him wield his big stick, it's when Sonon and Yuffie work together that INTERmission truly stands out and also paints a picture for Final Fantasy 7 Remake's future.

By holding L2, Yuffie and Sonon can perform Synergized Attacks. Both characters will use an ATB bar to perform an upgraded version of one of their attacks. Players will be witness to cool tandem animations and an increased power level. Even though the characters can still take damage during Synergized Attacks, it's often worth taking the hit just because these attacks can be so effective. Synergized Attacks are a great addition to Remake's combat formula and they'll hopefully return for the eventual full-length sequel.

The other side of the story

Some may wonder whether Episode INTERmission will ultimately prove relevant to Remake's overall story. The answer to that is yes... and no. It's an annoyingly vague answer, but there are some elements of this specific narrative that players are going to find totally irrelevant to the overall storyline. However, there are a few scenes, especially towards the end, that will not only come up again at a later time, but will have hardcore Final Fantasy 7 fans talking for a long time.

Even if many elements of Episode INTERmission's story don't prove essential, it's still worth experiencing if you've played the main story. It fills in a couple of blanks while also introducing players to characters like Yuffie, who will become important down the line. On top of that, players pick up a new Summon and it is easily the coolest one in all of Remake. From a visual standpoint, it's absolutely theatrical.

If there's a criticism to be had for Episode INTERmission, it's that players are introduced to a Gwent-style "game within a game" called Fort Condor. Players can go around challenging denizens in the Midgar slums to rounds. They can also find hidden pieces throughout the slums. That's normally fine and a nice enough addition, but because the DLC is so short, the whole thing feels like a waste of time. Ditto for some of the side missions, like finding flyers for the Happy Turtle bar.

Final Fantasy 7 Remake's Episode INTERmission DLC, on the other hand, is definitely not a waste of time. It should help hold fans over while Square Enix continues to hammer away at Remake's next chapter. Just be aware that it might make the wait both slightly easier and much more agonizing.