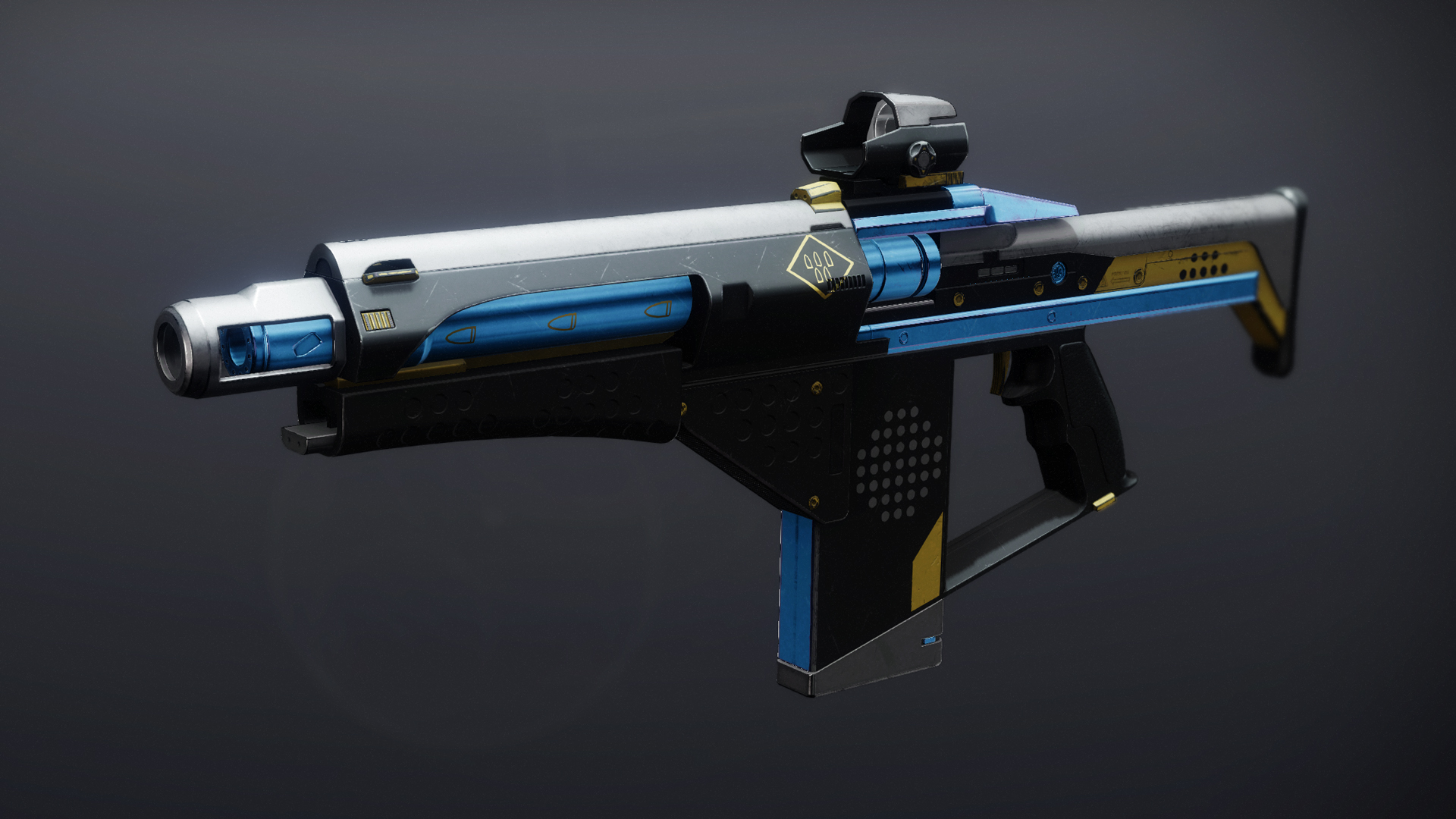 A Sacred Fusion is a new quest introduced to Destiny 2 during Season of the Splicer. Upon completion of this quest, players receive a new Fusion Rifle, Null Composure. Players have come to expect little from Fusion Rifles, except Telesto and Loaded Question, and unfortunately, Null Composure leaves a bit to be desired.

As with most seasonal weapon quests these days, A Sacred Fusion kicks off by speaking with Banshee-44 in the Tower. Speak with Banshee for the quest and be sure to grab other weapon quests you might have missed, like the myriad of Exotic Catalyst quests.

The first step in A Sacred Fusion is a bit nebulous. You will need to earn points by defeating targets with a Fusion Rifle, something called “disintegrations”, and/or Solar damage. This can be done in Crucible, Gambit, or Strikes. More points can be earned if you equip a Stasis subclass.

So the first step, of earning points, is easy enough. Slap on Stasis and use a Fusion Rifle (a Solar one if you can). Head into the aforementioned activities and start getting kills. The term “disintegration” refers to when the enemies literally disintegrate or evaporate as opposed to breaking and dropping on the ground. This occurs with charged attacks, some grenade hits, and explosives.

For the activities component, just play activities until it is completed. This really shouldn’t take too much time, especially if you’re completing your weekly tasks.

Once the above is done, you can return to Banshee-44 to receive your Null Composure Fusion Rifle.

Null Composure is a Rapid-Fire Frame Fusion Rifle that features four perks to choose from in the final two columns. It comes fully Masterworked with an increase to its Range stat.

As for the perks, Feeding Frenzy increases reload speed after rapid kills; Heating Up increases accuracy, stability, and vertical recoil after final blows; Reservoir Burst deals additional damage and causes enemies to explode when the battery is full; and High-Impact Reserves increases round damage of the bottom half of the clip.

Ehroar has a helpful video that outlines the pros and cons of Null Composure as well how it compares to the previous Fusion Rifle that featured Reservoir Burst, Loaded Question. For most players, you’re not going to use Null Composure over a myriad of other choices.

The quest, A Sacred Flame, is a rather short quest in Destiny 2. Unfortunately, Null Composure might not be worth using, especially with the many other powerful Energy weapons currently available. Be sure to check out the Shacknews Destiny 2 Guide for more weapon quests and recommendations.

Metroid Dread Special Edition pre-order stock and where to buy