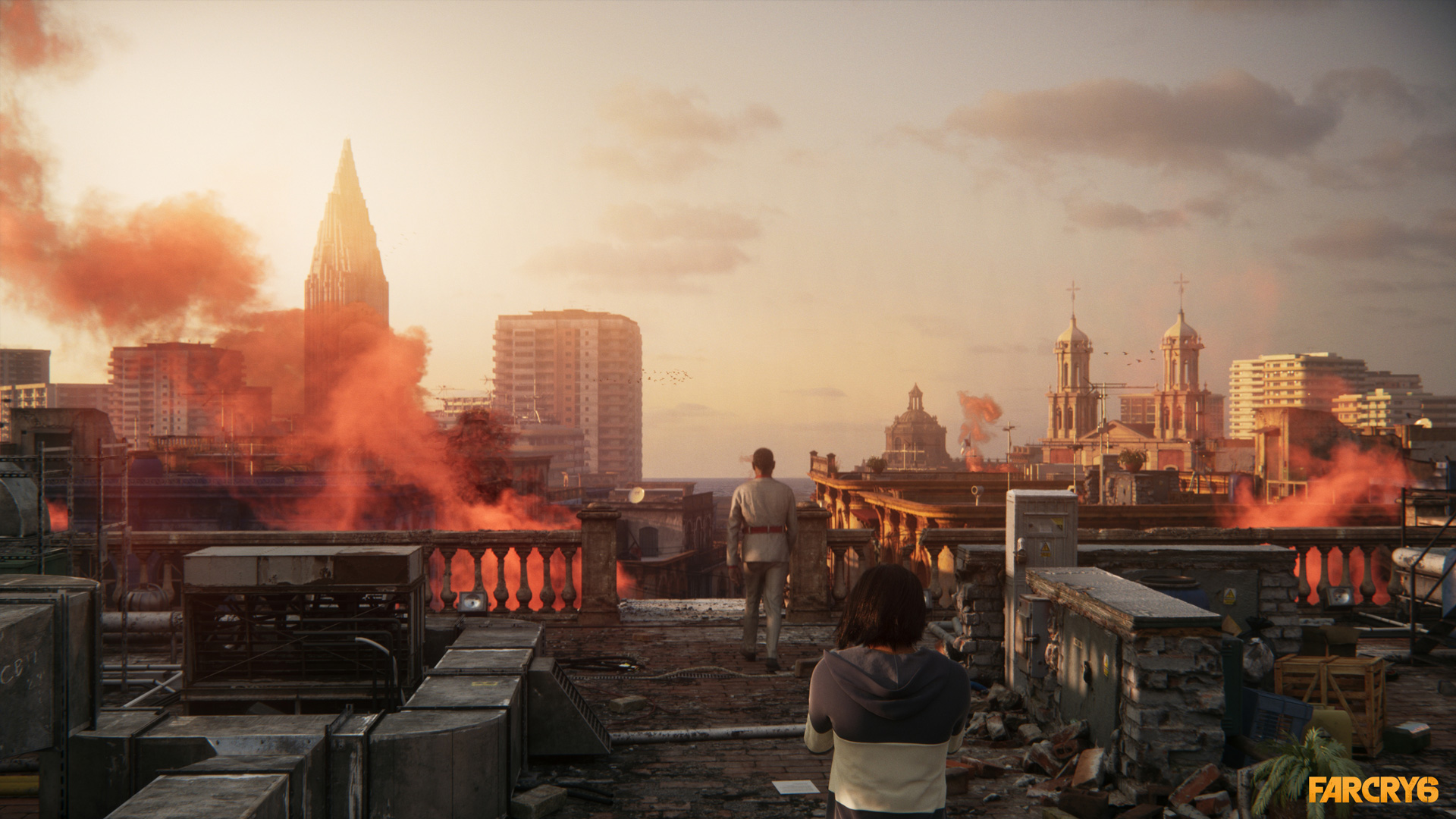 Games and the political statements they make, whether conscious or not, are a hot topic in the gaming sphere. Some developers suggest their titles have no political commentary, despite evidence to the contrary, while others embrace the important and difficult discussions players can have through the medium of video games. To that end, Navid Khavari, Narrative Director for Far Cry 6, has come out with a statement about Far Cry 6, which begins with a promising, “Our story is political.”

In an official post on the Ubisoft website on June 1, 2021, Navid Khavari openly discusses the political story that is being told in Far Cry 6. Khavari states that there are “hard, relevant discussions” in this game about the events and conditions that lead to the rise of fascism as well as the “cost of imperialism, forced labor, the need for free-and-fair elections, and LGBTQ+ rights.”

All of these discussions are set against the backdrop of the fictional island of Yara. Though the inspiration for the island is clear, Khavari states that players will not find a “simplified, binary political statement specifically on the current political climate in Cuba,” the game is more nuanced in its approach. The topic of a revolution is “a complex subject that should never be boiled down to one quote,” says Khavari.

The entire post is worth reading as it paints a picture of a developer that cares deeply about telling a difficult and sensitive story with numerous moving parts. Khavari also states that the team brought in experts and consultants to ensure the story was “being told with sensitivity.” Khavaris continues, “It is not for me to decide if we succeeded, but I can say we absolutely tried.”

If what we’ve seen from the gameplay trailers are any indication of the final product, players are in for a good time. This is doubly true if the team has managed to tell a thought-provoking and important story. Far Cry 6 is scheduled to release on October 7, 2021. Make sure to keep it locked to Shacknews as we bring you the latest on the next entry in this iconic franchise.