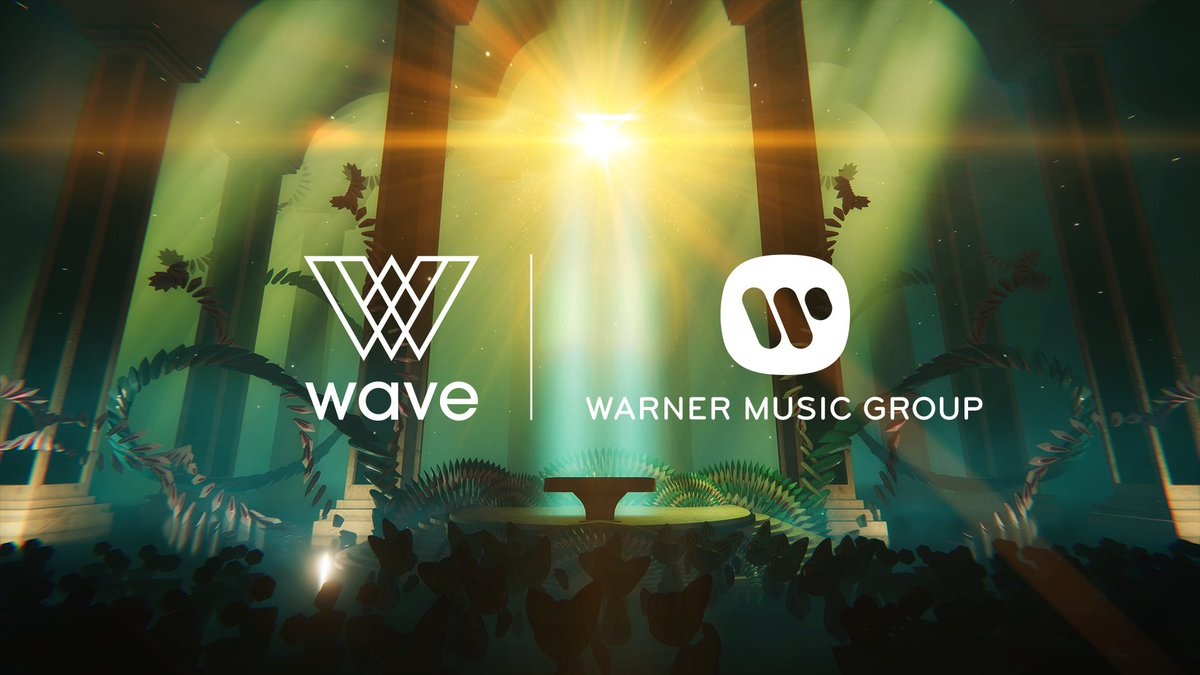 Update: Warner representatives have indicated that while they will be dealing in virtual experiences, there are no VR plans at this time. Our headline has been adjusted accordingly.

Original story: With virtual entertainment becoming the wave of the future, Warner Music Group is looking to jump on board. On Monday, WMG announced that it would partner and invest in virtual entertainment company Wave for future experiences with various artists under the WMG umbrella. The deal will see Warner and Wave come together to craft virtual performances, digital experiences, and more.

"WMG and Wave will collaborate to bring Wave’s cutting-edge technology to transform participating artists into digital avatars, performing live and taking fans into an immersive virtual experience," reads the announcement on the Warner Music Group website. "Wave offers fans unique and interactive offerings including live chats, virtual gifting and voting, as well as real-time audience appearances during artist performances. Through Wave, WMG will be able to forge more powerful artist activations, incorporating new and fan-favorite features into their shows to fuel audience engagement."

Warner Music Group has a massive roster of artists, all falling under labels like Atlantic, Elektra, Parlophone, and Warner Records. Today's deal comes off WMG's recent partnerships with Roblox and virtual avatar company Spirit Bomb. Wave has already worked with a slew of artists, including The Weeknd, John Legend, Dillon Francis, Alison Wonderland, and Tinashe.

What sorts of possibilities does this partnership open up? Think of it like this: The COVID-19 pandemic has made outdoor concerts a much riskier venture. Not everybody is going to be willing to make the trip out to an in-person venue, but on top of that, not a lot of people can afford to. Virtual concert experiences proved to be big business during the pandemic and will continue to be a big thing even as the pandemic begins to subside. Events like the Pokemon 25 Post Malone Virtual Concert Experience will increasingly become the norm.

We're excited to see what stems from the Warner Music Group partnership with Wave. Shacknews will watch this story and offer any updates as they come in.

Death's Door is coming to PlayStation this November
Login / Register