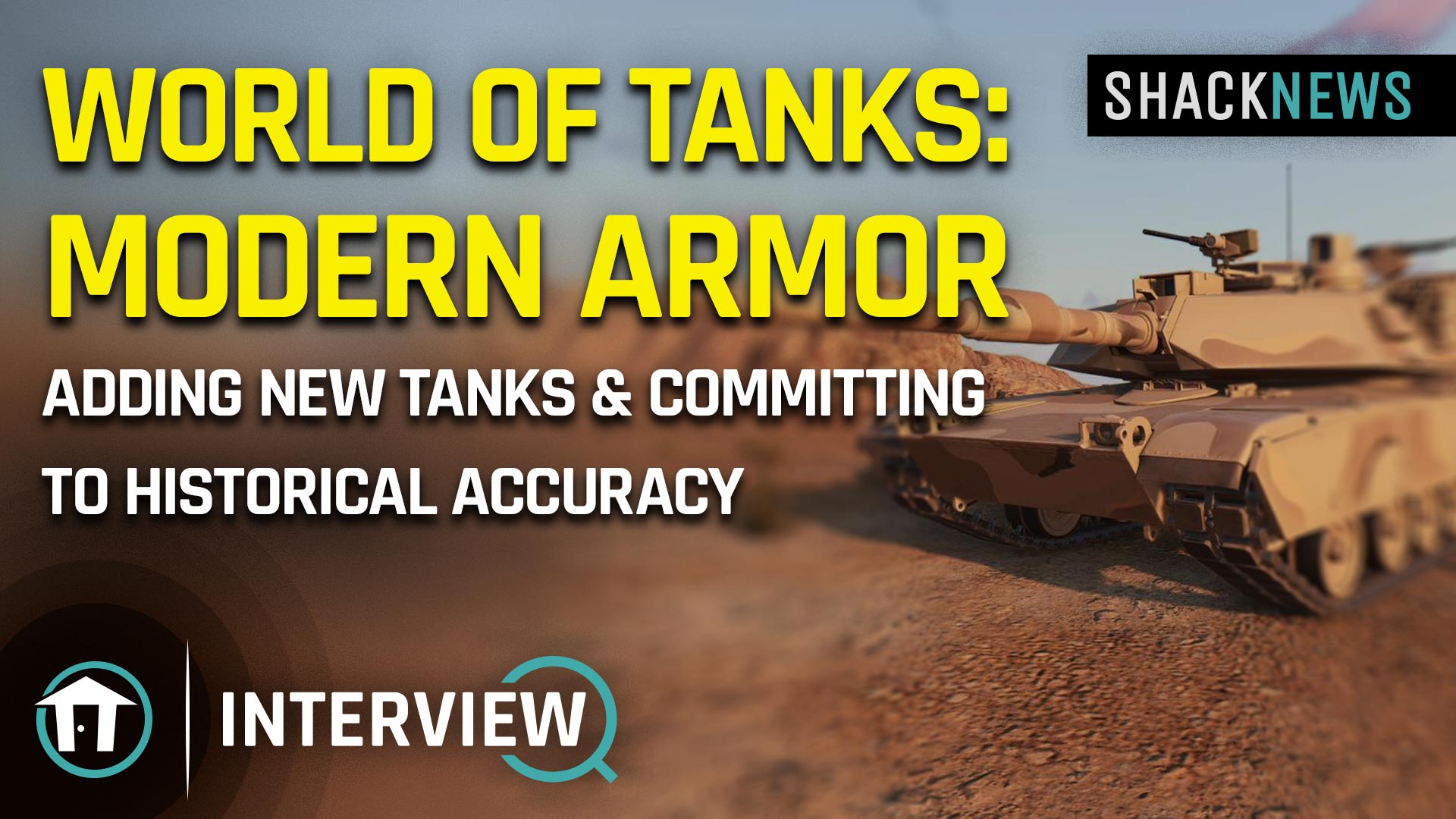 As one of the most successful MMOs in recent years, World of Tanks enjoys a strong player base who love nothing more than to exchange high-caliber rounds of artillery at each other. Originally available on PC, the game eventually found its way onto consoles. This week, the console versions of the game are getting a massive new update under the name World of Tanks: Modern Armor.

Our resident Video Shaman Greg Burke got an opportunity to speak with members of Wargaming, the studio behind World of tanks. Lead Designer Jeff Gregg and Lead Artist Andy Dorizas spoke with Burke at length about Modern Armor and what it means for the franchise going forward.

The World of Tanks: Modern Armor update brings a host of game-changing features, including:

You can check out the entirety of what the Modern Armor update brings to World of Tanks at the game’s official website. For more unboxings, reviews, and interviews with all the folks responsible for creating the biggest games and technological advances in the industry, be sure to check out the Shacknews and GamerHubTV YouTube channels.