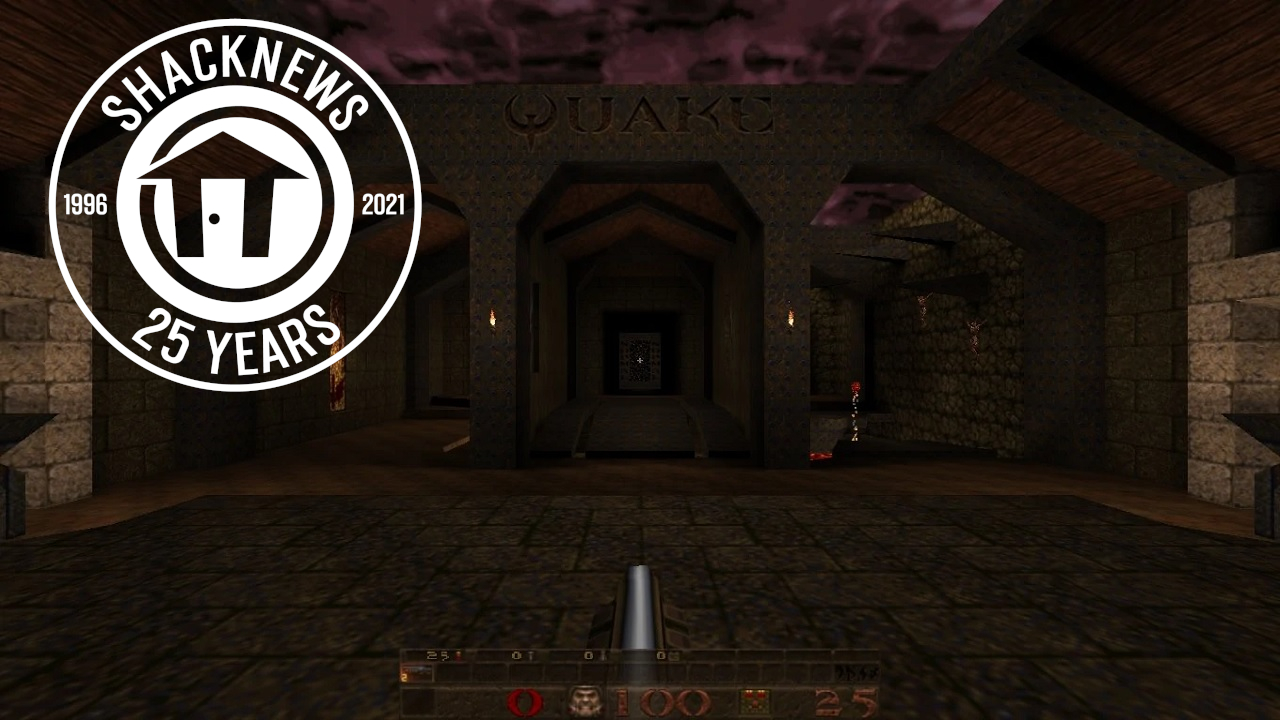 Many a Shacker knows that Shacknews began its long and interesting life as a Quake news and fan site. We’ve come a long way from the days of Quakeholio, but we’ve never forgotten our roots. Today is Shacknews’ 25th anniversary and we’re celebrating all day long with trips down memory lane all the way back to where it all started.

Join us today as the Shacknews staff takes to Twitch to host a series of arena brawls, challenging each other to fast-paced battle in the maps and mayhem of the game that gave this site life: a version of the original Quake. We’ll be throwing down with all of the might and prowess that our WADS-tappin’ hands can deliver, all in honor of the original FPS arena on which the site was founded.

If you want to catch the battle live, be sure to tune into the Shacknews Twitch channel at 2 p.m. PT / 5 p.m. ET. You can also watch via the embed below.

It’s been quite a ride for Shacknews, Quakeholio, Shugashack… but by whatever name you knew it when you arrived here, Shacknews has been kicking around, doing its thing, and is as lively as ever before. If you like what we do or want to be part of our continuing journey, then be sure to follow the Shacknews Twitch channel. Consider subscribing if you feel generous to help us keep the good times rolling without fail and don’t forget that if you have an Amazon Prime subscription, you can link it up to your Twitch account to get yourself a free subscription to use as you please. After all, would a site that didn’t deserve a free subscription get a shout out from the legendary Gabe Newell?

Subscription or not, come join us as we celebrate a fine 25 years of life by destroying each other in the rocket, lightning, and nine-inch-nail-filled halls of Quake. We may have aged, but we’ll do it for Shacknews and gib each other like it was only yesterday for your viewing pleasure.