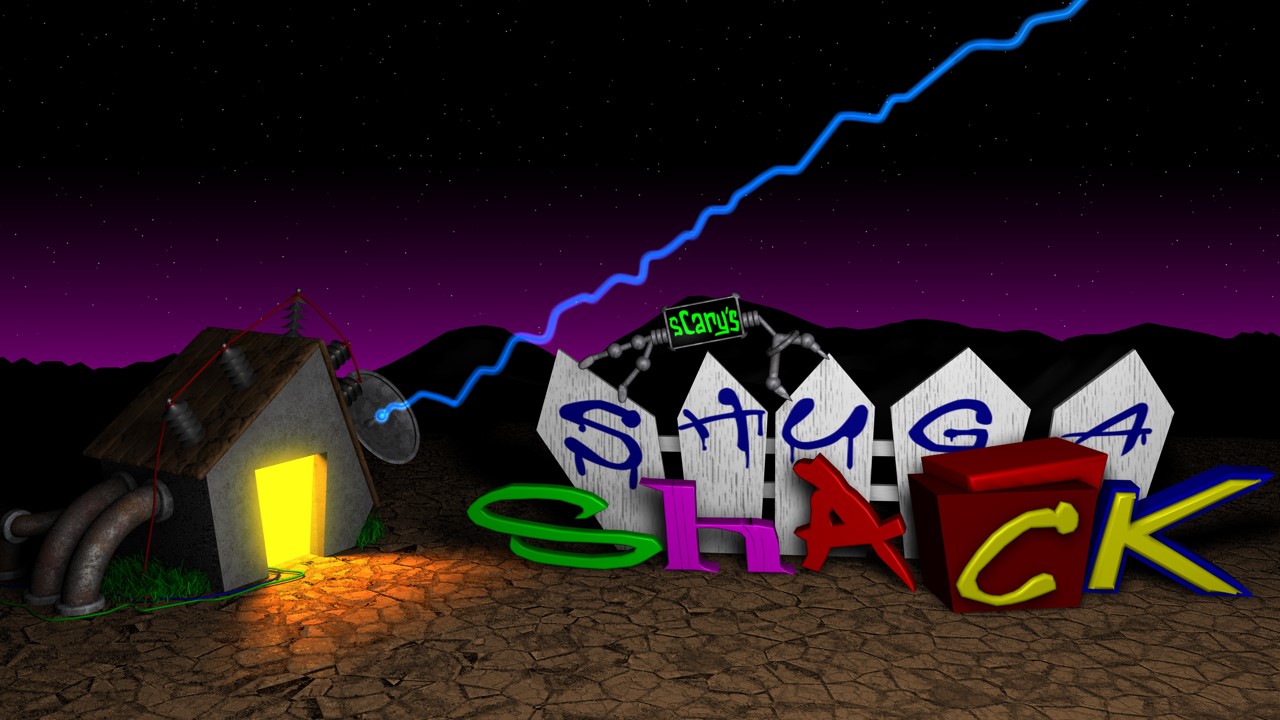 Today, Shacknews celebrates its 25th anniversary. For two and a half decades, this website has undergone several evolutions, culminating in what it is today, one of the premier destinations for gaming news, reviews, videos, and personalities. However, Shacknews' origins were about as humble as it gets. This was not always a gaming news site. It was something far smaller, but no less great.

In 1996, Shacknews was not Shacknews. Rather, it was Quakeholio, a hobby site dedicated to the id Software classic, Quake. When looking at Bethesda in 2021, people see some of the most well-recognized and beloved franchises in all of PC gaming. Many of those franchises have stood the test of time, starting in the 90s and enjoying modern revivals. They're series like Doom, The Elder Scrolls, and Wolfenstein. But, what modern fans may not know, is that in 1996, Quake was king.

Years after the original Doom, the id team got to work on the next big PC game. Quake would build upon the foundation set by Doom, utilizing a new gaming engine and introducing players to a new nightmarish realm. While Quake was a great single-player experience, its multiplayer would be what would make it historic. Players would get together and connect their computers to a single LAN server, which would let them dive into Quake's deathmatch.

To first-timers, Quake deathmatch looks like a straightforward affair. The seasoned veterans, however, would take advantage of many of the unique mechanics presented by the Quake engine. Think bunny hopping. Think strafe jumps. And, of course, think rocket jumps. Quake became a PC gaming phenomenon. Players soon desired to learn more about it, to play with each other online, and to find new and interesting mods. For all of that, there was one primary destination: Quakeholio.

The man behind Quakeholio was Shacknews founder Steve Gibson. Before he ever stepped into the halls of Gearbox Entertainment, he was going by the handle "sCary." He didn't set out to make a gaming news site that would last 25 years. He just wanted to have some fun. For him, that meant creating an admittedly ugly website.

"[Quakeholio] was just sorta a page introducing people to Quake," Gibson said in a 1997 interview with Sujoy's Quake Pages (preserved by the Quake Wiki). "And um... well, it was a pile of s***, really. Haha, just an experimentation page. I was getting close to 50 visitors a day on it, though. It stayed like that for about three months. Then, well, Quake came out... and some friends and I made deathmatch demos."

Word of Quakeholio and the demos it housed soon spread around the web. Joost Schuur, who ran a website called Slipgate Central, added Quakeholio to his list of worthwhile Quake sites to visit. This attracted nearly 1,500 people to the site, which quickly broke the server, as Gibson would later note in the aforementioned interview. The burst of attention would prompt Gibson to put more time into developing Quakeholio into something bigger. He went to the now-defunct Gamesmania to host the site, after which the site began receiving thousands of visitors. Quakeholio was a hit and Gibson shifted his mission to keeping it afloat, as well remembering his love for the game.

"What I want to do is make the most entertaining Quake deathmatch oriented page available," Gibson added. "I had a hard time dealing with the power that comes along with hosting such a popular page (I'm looking at over 5,000 visitors a day now). I've finally come to terms with it, and understand it's a responsibility now."

In 1996, Gibson started Quakeholio in college as a way to help spread the good word of Quake. In 2021, Quakeholio is now Shacknews. Gibson is no longer affiliated with the site and has moved on to Gearbox Publishing, where he helps other game developers make their dreams come true. However, Shacknews remains standing and remains a force in gaming news. On top of that, many of the community members from the Quakeholio days who helped make Shacknews what it is today are still active participants in Chatty.

"I could record a five or six hour long video series just talking about the beginnings of Shacknews," mr.sleepy recalled. "There's a lot to talk about. Like, a lot. So much that it's impossible to even know where to start. Shacknews has, for better or for worse been my 'social life' for the past 23 years. So yeah, ha ha, that's a huge thing. Fun stories including amazing threads, s***posts, Quakecon parties, hanging out with Shackers IRL. Meeting tons of people. I've made most of my lifelong friends through Shack."

While the Quakeholio name is gone, it has not been forgotten. On the contrary, it has been honored over the past several years at Shacknews. In 2018, we held The Great Quakeholio Tournament, a competition seeking out the world's top Quake deathmatch player. As Bethesda properties like DOOM and Rage began staking their place at the annual QuakeCon, Shacknews took up the task of putting the "Quake" back into the annual Quake celebration.

"I mean, to me at least, the Quakeholio tournaments have been a culmination of everything great about Shacknews' past and what we want its future to be," co-EIC Blake Morse said. "That first in-person Quakeholio was so grassroots. Like we hadn't even decided to call it 'The Great Quakeholio Tournament' until we were at Quakecon. We spent the nights leading up to it basically carnival barking in the BYOC and handing out flyers for it and I honestly wasn't sure folks would even show up. And while I wasn't around for the olden days of the site, I've been to more than one LAN party in my life and that was the vibe I got from being there. It was just this really pure form of fun that not only celebrated all things id and Quake, but also harkened back to those old days of drinking too many sugary sodas and staying up all night shooting your friends in the face with a shotgun. Seeing 60+ some odd people show up to a random room in the Gaylord Hotel to compete, far from Quakecon's beaten path was amazing and the next year was somehow even better. You could say it was the free tacos that got people to show up, but that's BS, they were there for the love of the game and it showed."

The Great Quakeholio Tournament represented many beginning for Shacknews. It was one of Shack's first ventures into esports. It was one of the first big events to grace the early days of the Shacknews Twitch channel. By extension, that helped mark the beginning of an exciting new direction at Shacknews, one which incorporated regular livestreams. It's only right that Shacknews' future stem from the site's beginnings, which is why the staff is happy to continue honoring Shacknews' origins with The Great Quakeholio Tournament, which continues to this day.

While today is a celebration of Shacknews' past, there's much more to the site than its origins. We'll be celebrating 25 years of Shacknews throughout the rest of 2021, taking a look back at the site in some of its various incarnations, which includes remembrances from the Shacknews staff, as well as some of its most esteemed community members. But for today, we remember Quakeholio and we likewise remember Quake, one of the all-time great PC games, and the foundation upon which the Shack was built.