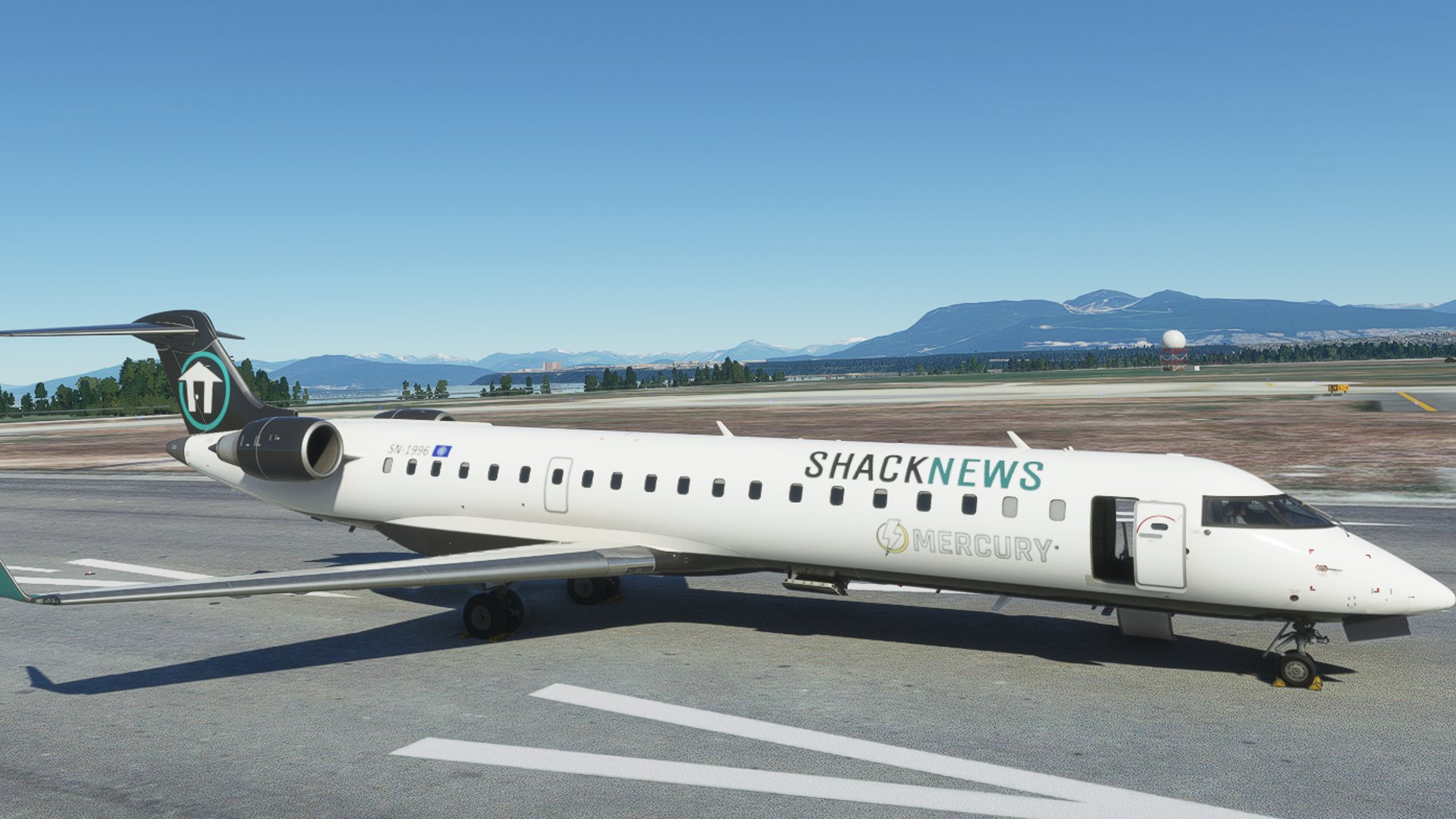 This week will see Shack Air fire up the jet engines in its newly acquired CRJ-700! The recently released small regional airliner is Aerosoft's first official addition for this generation of Microsoft Flight Simulator.

After receiving a fresh coat of Shack Air livery, we're set to depart from London, Ontario, Canada, on a short flight east to Boston. This flight will focus more on the CRJ-700's systems, including loading cargo, passengers, and trying not to let the thing break apart due to too much speed after takeoff.

We hope that you'll join us at 6 p.m. PT on our Twitch channel to witness this maiden voyage. Have we mentioned that Jan has successfully taken off in this plane several times but hasn't had a smooth landing yet? So strap in!

Don't forget that you can purchase future flight destinations with Shack Points which can be earned by hanging out with us every Thursday night, or by watching our other streams. If you'd like to influence an upcoming flight, be sure to tune in and grow those Shack Points!

You can join Jan tonight at 6 p.m. PT/9 p.m. ET on the Shacknews Twitch channel. If you can't make it tonight, don't fret; Shack Air flies every Thursday evening between 6 p.m. and 8 p.m. PT/9 p.m. to 11 p.m. ET. Want to support the work we're doing? Make sure you do it for Shacknews and subscribe with your Prime Gaming sub to help support the show!