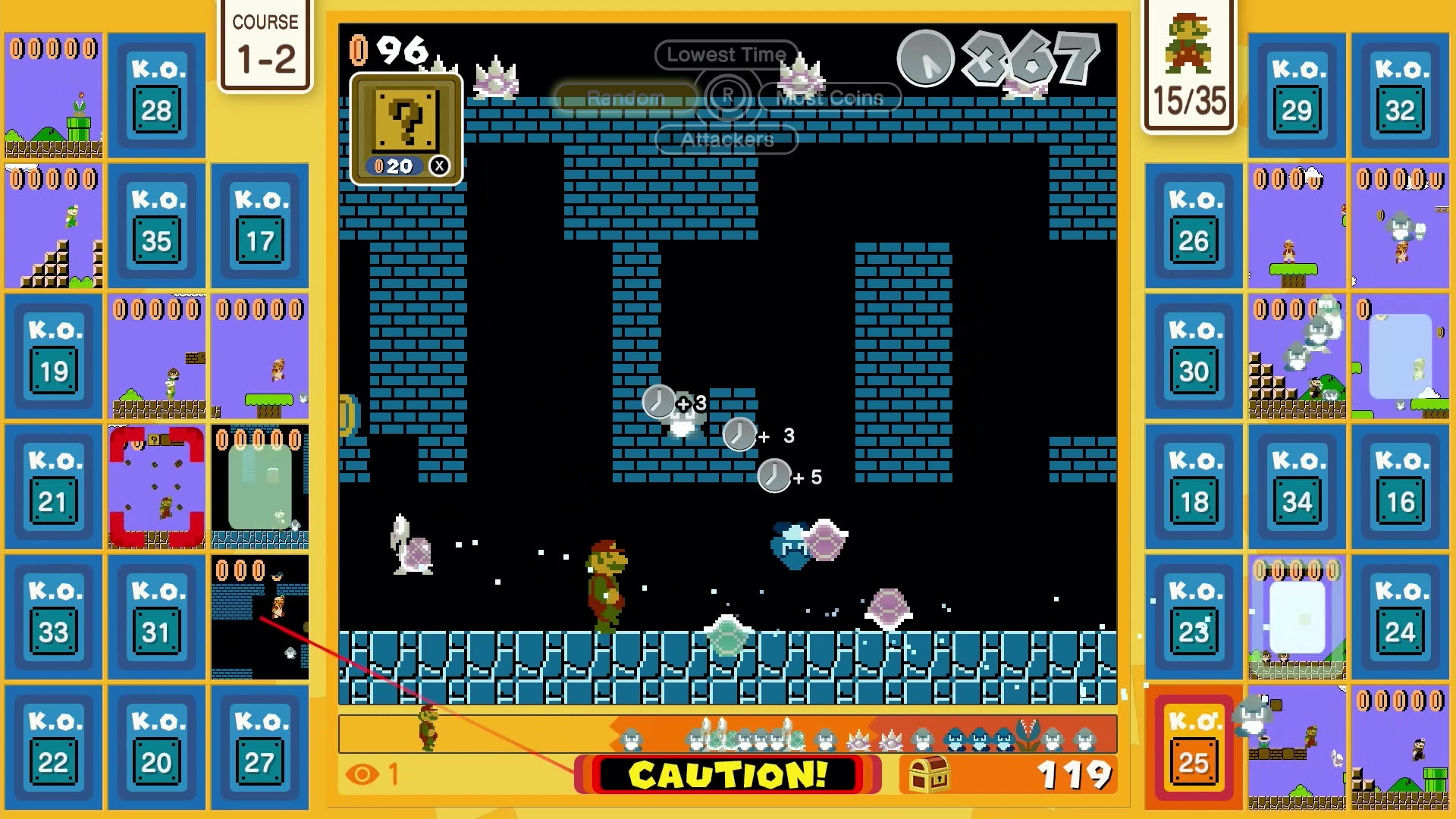 Super Mario Bros. 35's biggest event features all of its courses ahead of its final sunset

The end is nigh for Super Mario Bros. 35. On March 31, Thanos will snap his fingers and the Nintendo Switch Online exclusive won't feel so good before fading away in a pile of dust. It's time to get those last sessions in while it's still around and it looks like Nintendo has an eventful Special Battle lined up for one of the game's final weekends.

The news comes through the Japanese Super Mario 35th anniversary Twitter account. This Special Battle will forego many of the existing Super Mario Bros. 35 rules and deliver a much cleaner, more straightforward SMB experience. Competitors will run through all of the game's stages in order. Warp Zones will go to their normal destinations. Those who manage to complete World 8-4 will then be reset back to World 1-1.

This opens the door to some interesting strategies. Will players purposely sprint ahead to World 2 to try and get the water-based enemies into other players' games? Will they go to World 4 instead in an effort to litter everyone's screens with Lakitus? Will they barrel forward to Worlds 7 and 8 to try and get the hammer-throwing Bowser, which is a nightmare to deal with?

For the uninitiated, Super Mario Bros. 35 is a battle royale that has 35 players running through the original 1985 SMB on the NES. Defeating enemies will throw them into other players' sessions in an effort to overwhelm them. The object is to survive to the end before your timer runs out.

Super Mario Bros. 35 is available as a free Nintendo Switch Online game, though an NSO subscription is required. It's only around until March 31, so get in now before it gets snapped away.