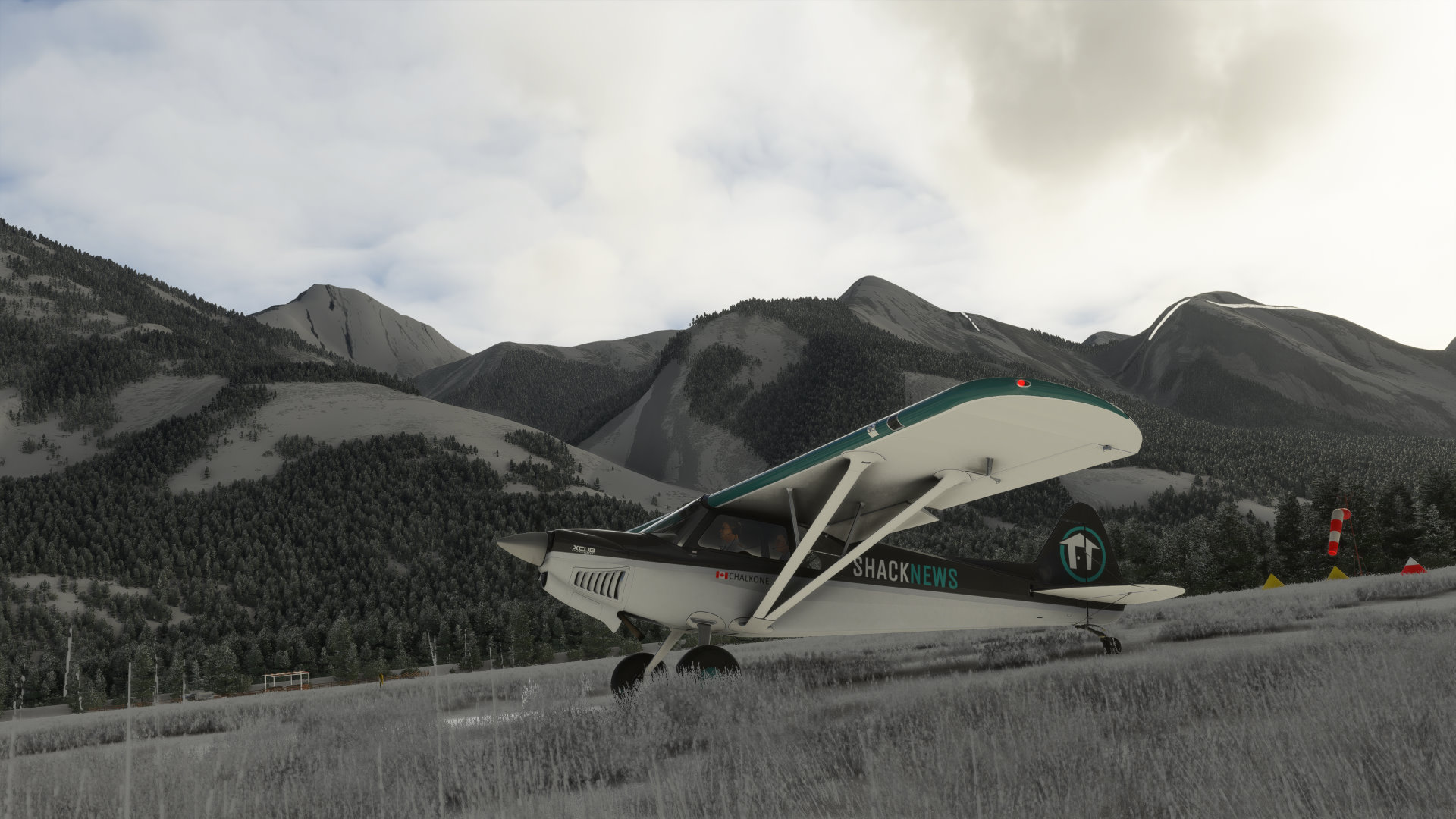 This evening from 6 p.m. to 8 p.m. PST, Shack Air will take a break from its United Kingdom tour and head back to Canada. We'll be taking off from a tiny airstrip in the Canadian Rockies near Jasper, Alberta, and fly due west, following a frozen river as it weaves its way through snow-topped mountains. Whereas we usually have a lot of procedures to follow and air traffic controllers to respond to, this flight will leave us all on our own, with nothing but snow, ice, and grizzly bears nearby.

This particular flight was purchased via Shack Points, which you can earn by watching Shacknews' streams and hanging out with us every Thursday night, or by watching our other streams. If you'd like to choose the destination for an upcoming flight, be sure to tune in and grow those Shack Points!

You can join Jan tonight at 6 p.m. PST/9 p.m. EST on the Shacknews Twitch channel. If you can't make it tonight, don't fret; Shack Air flies every Thursday evening between 6 p.m. and 8 p.m. PST/9 p.m. to 11 p.m. EST. Want to support the work we're doing? Make sure you do it for Shacknews and subscribe with your Prime Gaming sub to help support the show!

What the Dub?! interview: Reimagining the party game