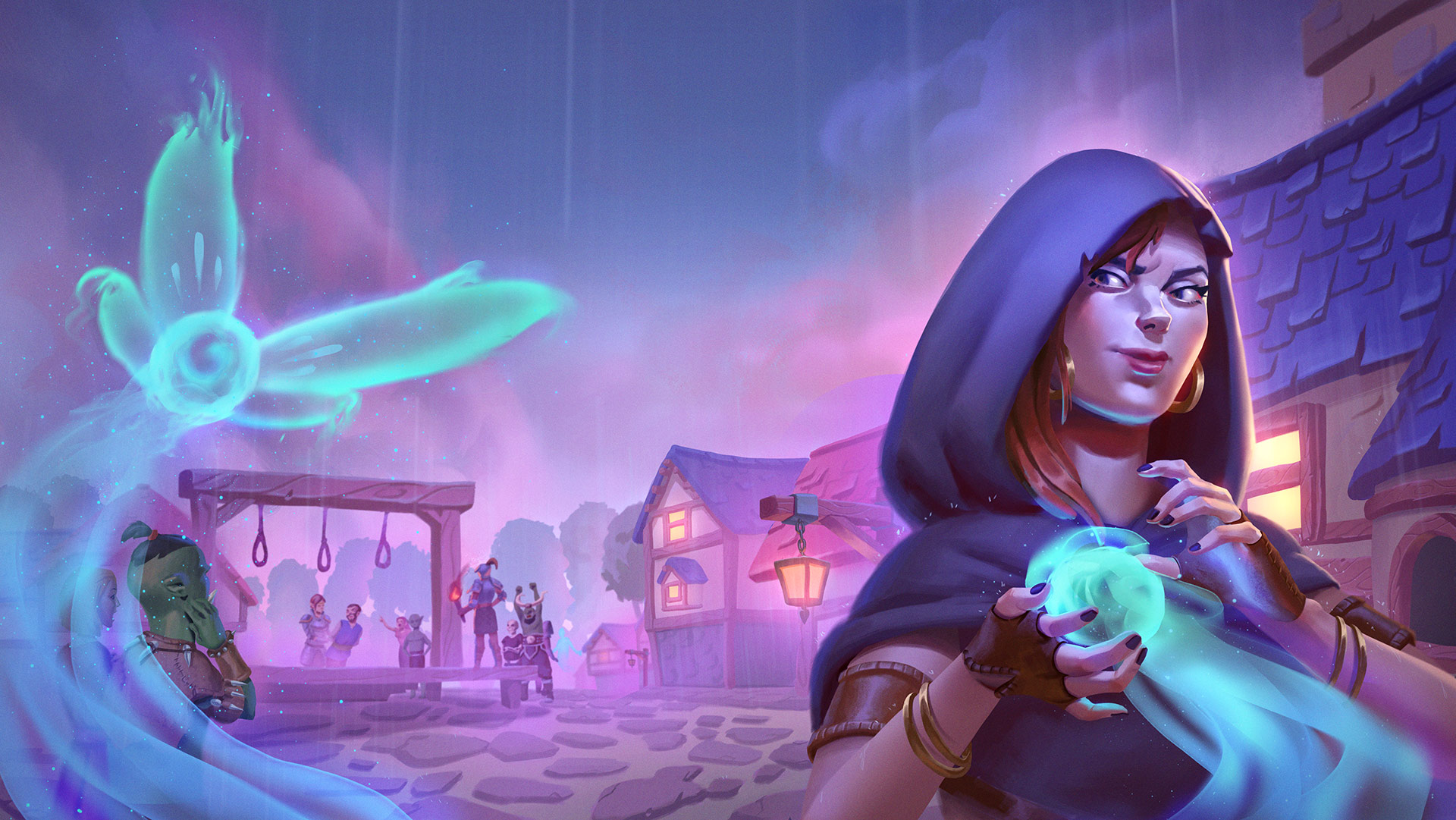 Social deduction games are all the rage these days. While the likes of them have been around for years, the recent success of Among Us has seen a new found interest in the genre. The latest game to venture out of the vents is Eville, a game that has conspirators taking down townfolk in an idyllic village set in a fantasy world.

But it’s not just about avoiding death and discovering the culprit, both roles have tasks and strategies available to them. The villagers can brew potions, lift curses, and trade with vendors to better defend themselves against the conspirators. On the other hand, the conspirators can put curses on the village, trade on the black market, and sneak around at night causing mischief.

To keep the gameplay loop fresh, Eville has a myriad of different roles that affect how players interact with the world. There’s the Ghost Whisperer who can talk with deceased villagers, the Trapper who knows all about making and placing traps, the Smuggler who can clear underground routes into villagers’ homes, the Barbarian who is all about overt murdering, and more.

Eville also looks to have a lot of customization options. Players will be able to choose appearances (including skin, equipment, accessories and emotes) and create customize game rules for the perfect session.

With a planned release into Steam Early Access in 2021, Eville looks to scratch the social deduction itch players have been trying to reach this past year. Make sure to check out the Eville Steam page for more information, including a look at some of the other roles as well as future plans. Keep it locked to Shacknews for the latest on Eville.