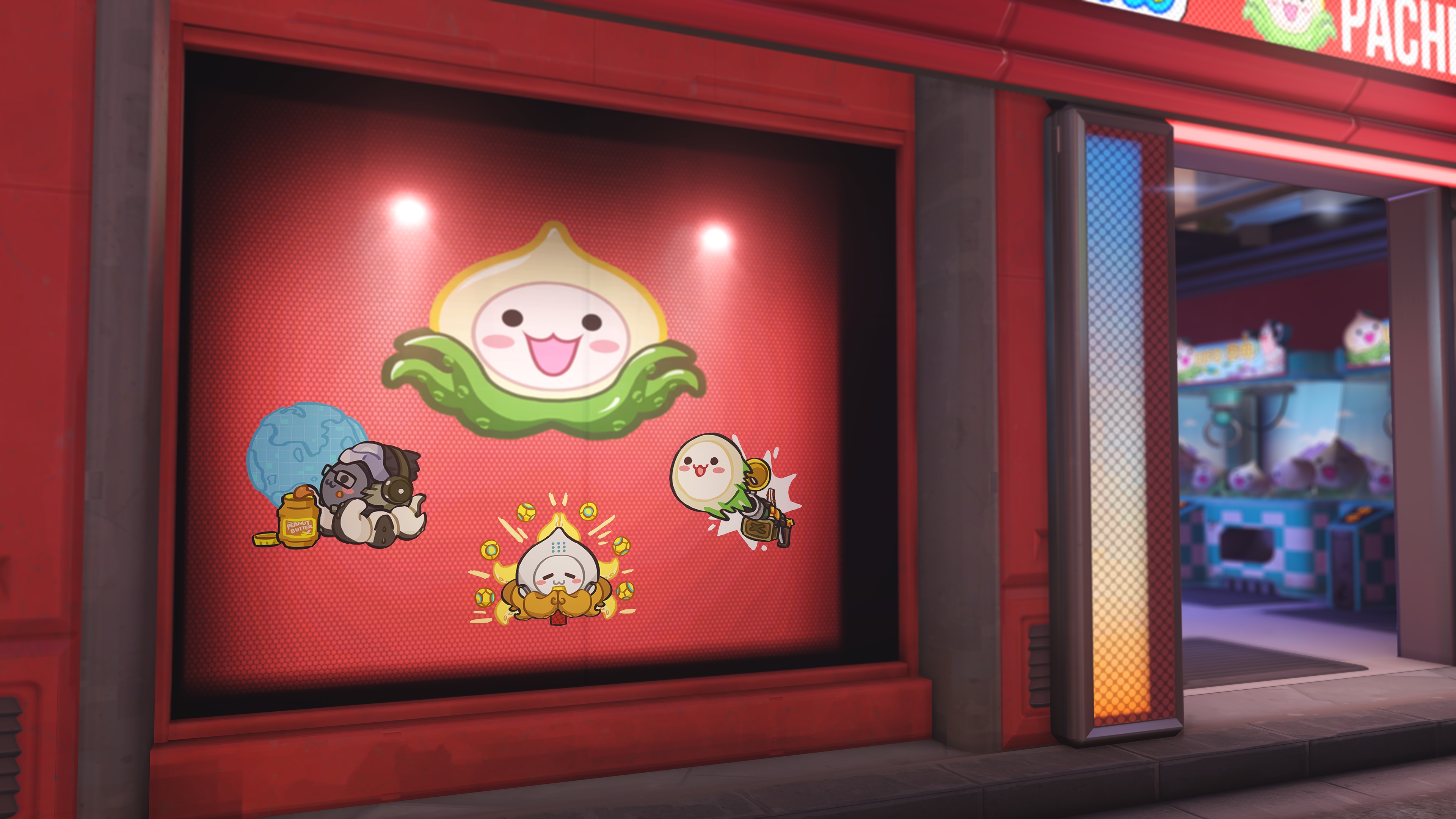 Long-time Overwatch players have come to recognize the Pachimari. It's basically a smiling onion-like mascot with tentacles, one that's been sprinkled throughout Overwatch lore as something of an Easter egg. After years of acting as a fun extra, Blizzard is giving the Pachimari a central role in Overwatch's latest event. For the month of March, Blizzard is holding the Overwatch Pachimarchi Challenge. (See, it's a Pachimari, but it's March, so... oh, forget it.)

As is the cast with every Overwatch event, big and small, this is an opportunity for players to earn some cool stuff. As one might imagine, the rewards this time around are related to the Pachimari. All players have to do is jump into Quick Play, Competitive Play, or Arcade mode. Three wins will unlock a Pachimari Player Icon, six wins will unlock a special Junkrat Emote, and nine wins will nab the event's big prize: a Roadhog Pachimari Epic Skin. Even those unable to rack up wins can earn six new sprays by simply logging into Overwatch during the Pachimarchi Challenge.

Blizzard continues to throw events for Overwatch, even as all appears to remain quiet about the game's future. While the Overwatch League is set to return in April, Overwatch as a whole looks to have stagnated with Blizzard continuing work on the eventual sequel. Unfortunately, that sequel does not appear to be coming anytime soon.