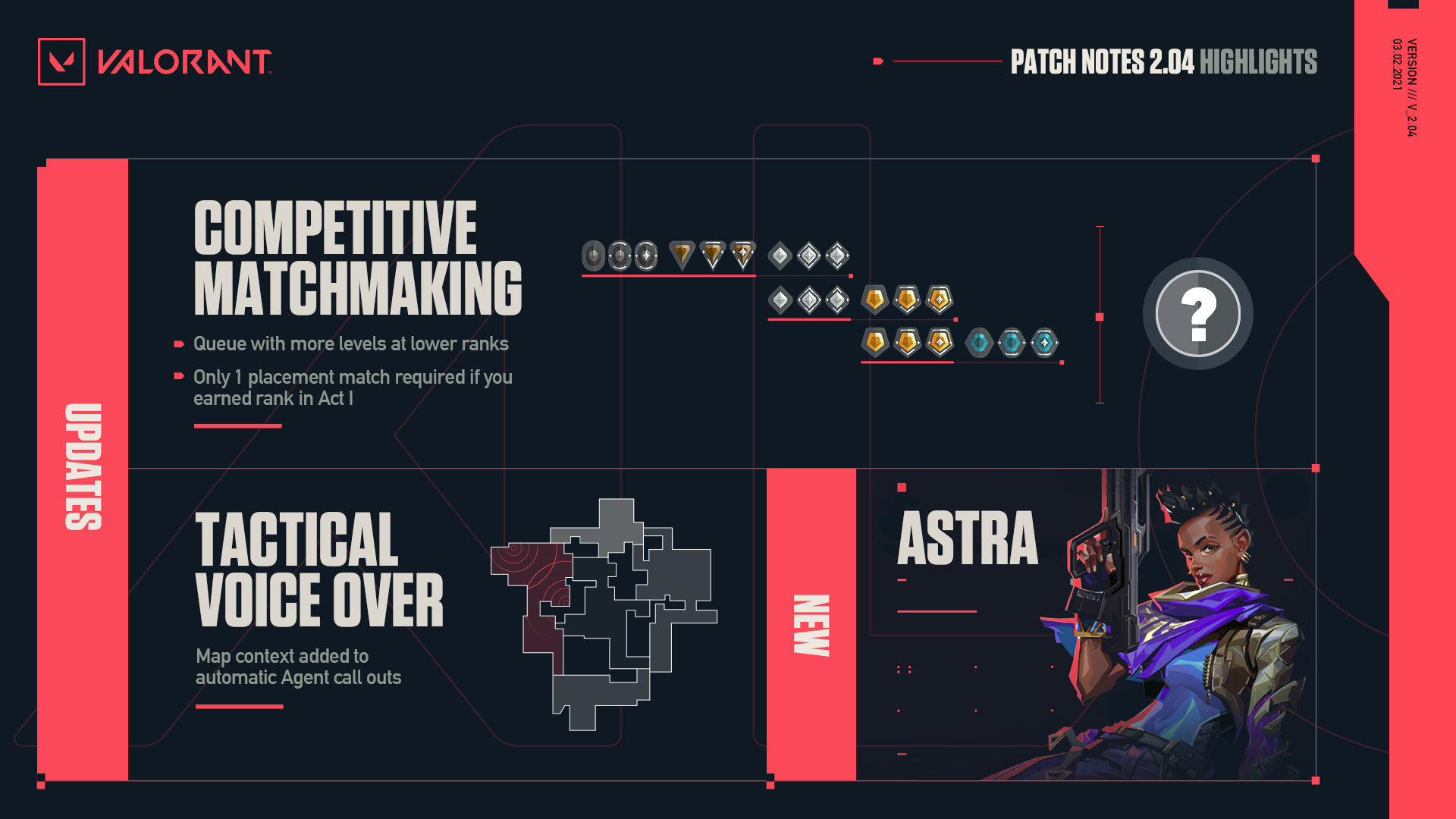 Valorant has recently kicked off Episode 2 Act 2, bringing about a new battle pass, a new competitive season, and a new Agent. All of these changes come courtesy of the game’s latest update, patch 2.04.

One of the most notable changes in this patch is the reworking of the way competitive disparity works. Now players from Iron 1 up to Silver 3 can all play together, which Riot Games hopes will combat players’ smurfing in order to play with friends. Another neat addition is tactical callouts, where the Agents will be more descriptive when alerting others to an enemy or spotted spike. This will be helpful in situations where players aren’t very communicative, or if a player has to mute a teammate.