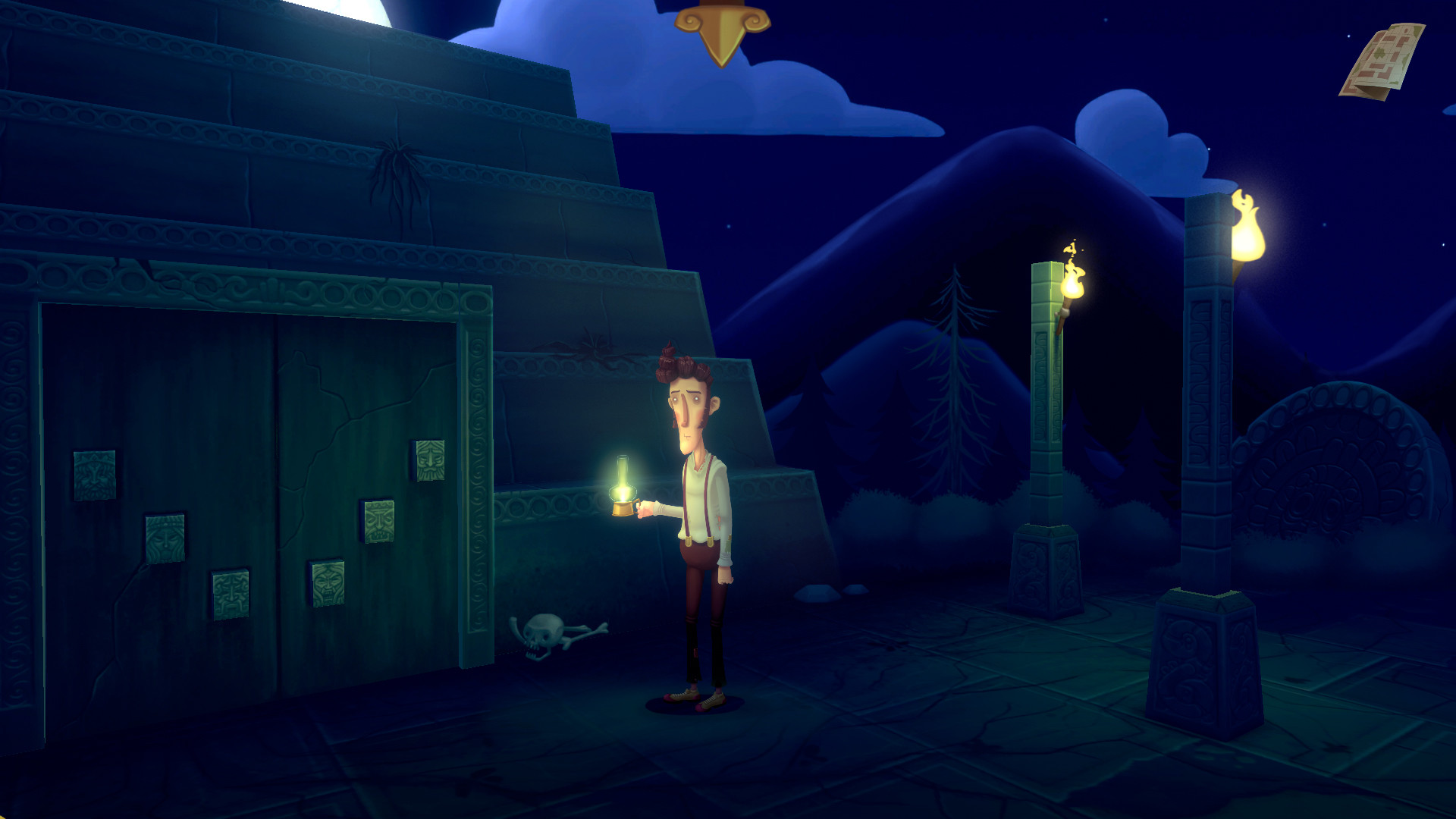 There’s something delightfully creepy about near-abandoned towns in the middle of nowhere. There’s always that one motel with that one patron, that one street with that weird element, and the unsuspecting person that’s just passing through. Slender Threads, developed and self-published by Blyts, is a point-and-click adventure game that takes players to one of these towns and sets them loose to uncover a story of a writer struggling to make a living. Shacknews had the opportunity to explore part of this unnerving narrative as part of the Steam Game Festival. Come with us, as we piece together the threads.

Harvey Green, the game’s protagonist and the character players will be controlling, is a travelling book salesman that has grand designs to write his own novel. After work takes him to Villa Ventana, Green quickly realizes that something is amiss in this sleepy little community on the edge of nowhere.

Things get creepy almost immediately as Green wanders down the street, passing boarded up shops and a crosswalk that always seems to have a car speeding through it. After hearing his name being called by a radio, Green works his way into a dilapidated house, only to discover the radio is locked within a desk. Before Green can actually make headway on this predicament, a police officer comes in, demanding answers for the whereabouts of a man who has gone missing.

It’s at this point that Slender Threads begins to showcase the various puzzles on offer. For one puzzle, Green is able to interact with a conspiracy wall replete with newspaper clippings and red string. By moving around clippings with holes cut in them, I was able to align them over a crossword puzzle to reveal a name of a book. This in turn was a hint to check under the floorboards by the desk.

Another puzzle was to distract the police officer guarding a doorway. Doing this required finding a mannequin, putting clothes on it, and throwing it onto the crosswalk to get hit by the inevitable speeding car. There looks to be a good variation of puzzle styles with enough challenge to entice and perplex even the most hardened point-and-click player.

As for the artstyle, Slender Threads’ visuals really sell the unsettling atmosphere. The interior of buildings are dank and grimy, the street is dimly lit, there’s a dark and blue tint to the world, and light struggles to fight against the shadows. All of this works together to create a sense of foreboding at what lies around each corner and what Green will discover as he presses further into this strange town.

The demo of Slender Threads manages to setup the mood and story within such a short timeframe. Players are given a few different narrative beats, each with their own level of intrigue. For those that love to get lost in a narrative game and relish an opportunity to solve puzzles, it’s worth keeping a close eye on Slender Threads as it approaches its release date sometime in 2021. Be sure to check out the Shacknews Steam Game Festival page for even more previews from this special event.

This preview is based on an early Steam demo build provided by the publisher. The Slender Threads demo is available in the Steam Game Festival 2021.