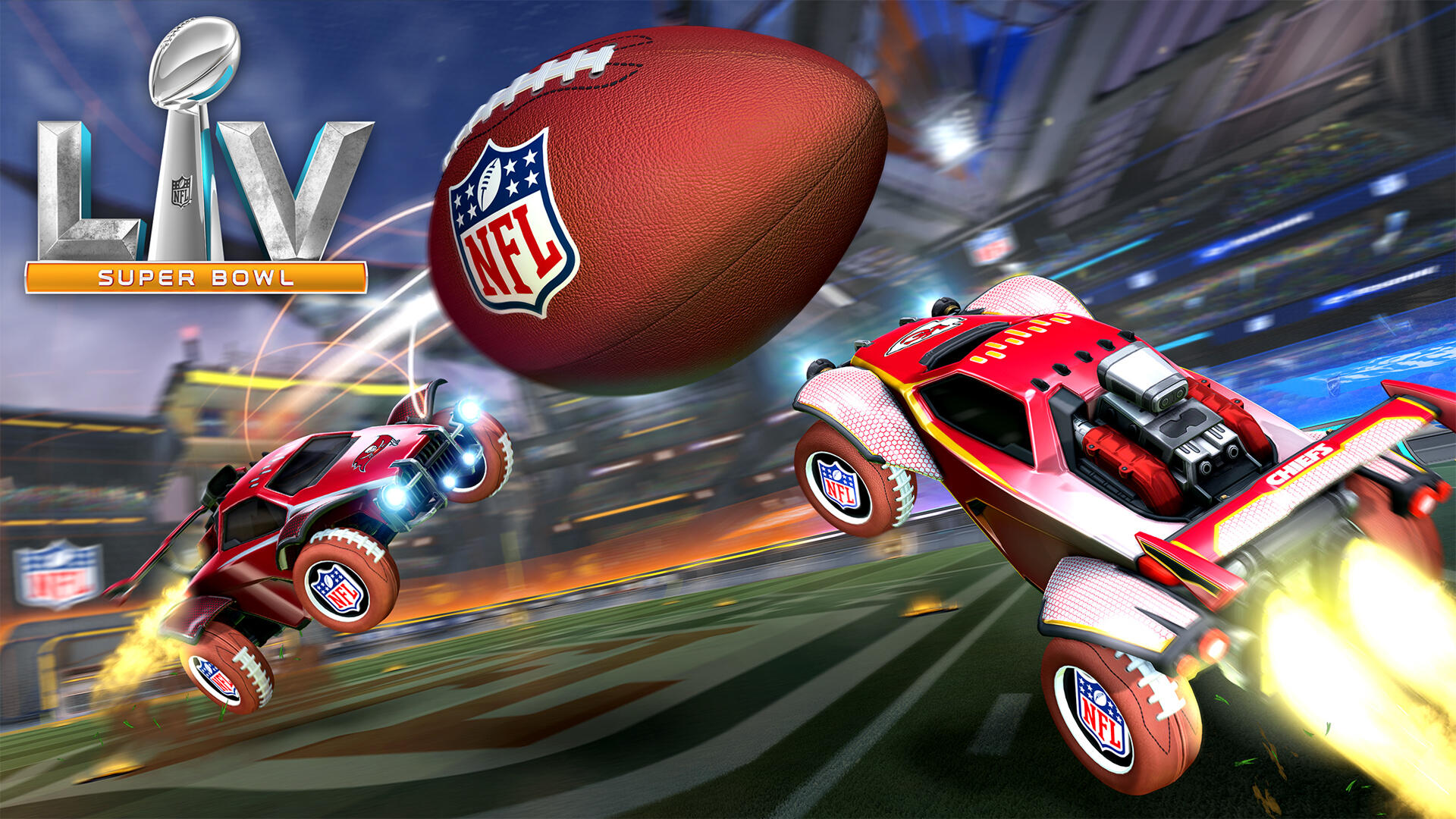 Over the years since its release, Rocket League has been no stranger to partnerships and tie-ins with some of the most popular licensed properties out there. The trend continues next week when Rocket League begins the Super Bowl LV Celebration event in partnership with the NFL. Starting February 2, players will get access to an all-new game mode, fresh Event Challenges, and see the return on the NFL Fan Pack cosmetics.

Gridiron is a new limited-time mode that takes place on a modified Champions Field adorned with yard lines and the NFL Logo. It will feature 4v4 action with football inspired rules, as well as an NFL football replacing the standard Rocket League ball.

The rules for Gridiron mode are as follows:

Rocket Leaguers who live to dress up their whips will be happy to see the return of the NFL Fan Pack. For 800 credits, players will receive Octane decals for each of the NFL’s 32 teams. Fans will be able to show support for their favorites, even if they aren’t being represented in next week’s big game.