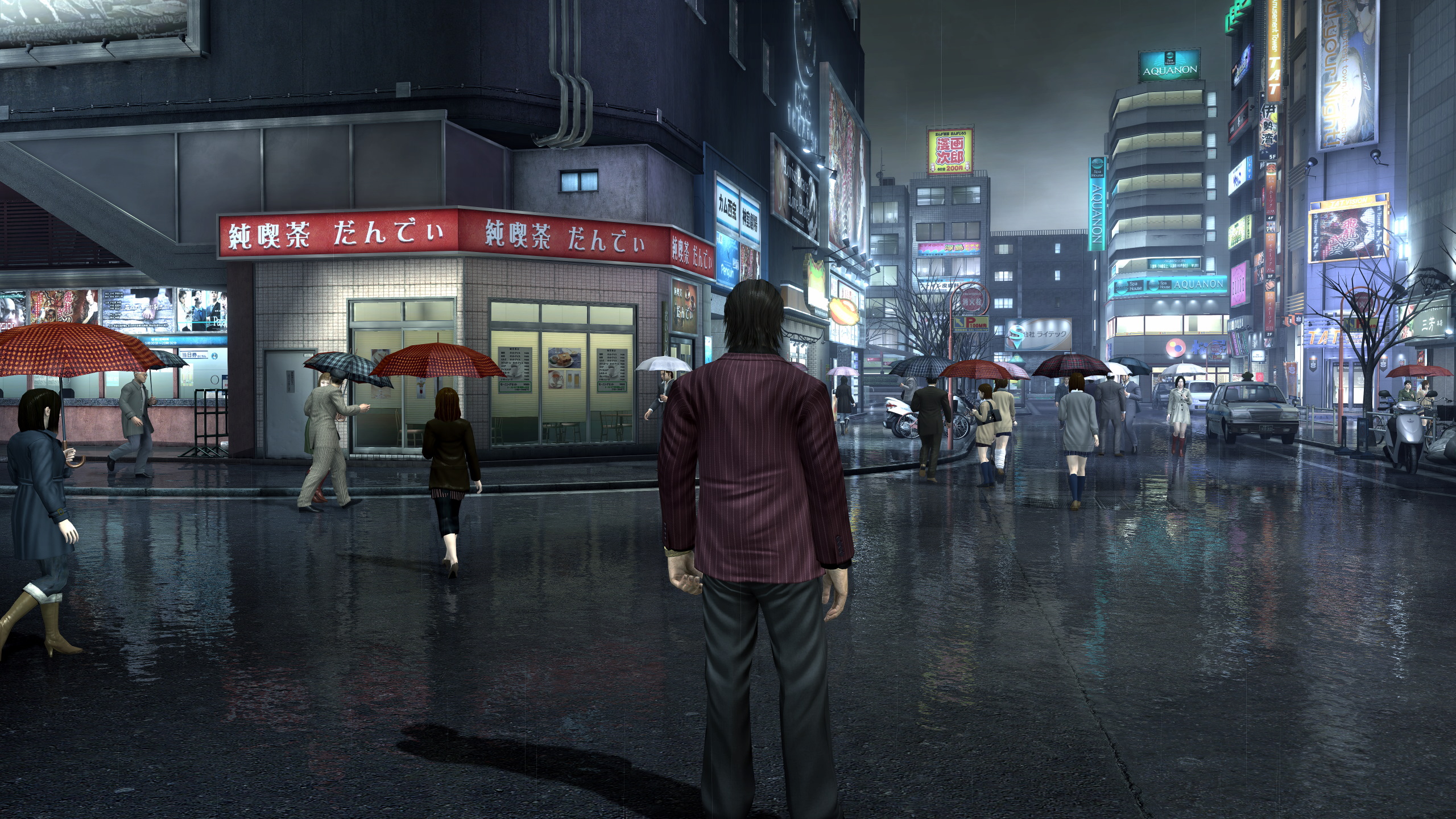 For the early part of its existence, the Yakuza series enjoyed success and notoriety that was mostly contained to Japan. It began to pick up lots of mainstream momentum on North American shores around the time Sega released Yakuza 0 for PS4 in 2017. On the heels of that success, lavish remakes of the first two games in the series, sold as Yakuza Kiwami and Yakuza Kiwami 2, were greenlit and performed well with western audiences. This prompted Sega to dress up the remaining PS3-era Yakuza titles for a bundle known as the Yakuza Collection Remastered and released it for PS4 last February.

Fast forward another year and the Yakuza Remaster Collection is now ready for consumption on PC (along with Xbox One). It bundles the enhanced versions of Yakuza 3, Yakuza 4, and Yakuza 5 with some alterations to include bonus content and remove content that is considered offensive for modern audiences.

As with the other titles in the Yakuza series, the games in this remastered trilogy follow the exploits of organized crime members doing organized crime things, either in service of moving up the ranks or escaping the lifestyle altogether. For the majority of the proceedings, players will be in charge of piloting Kazuma Kiryu, the main protagonist of the franchise. Yakuza 4 sprinkles in a few extra characters, though the basic mechanics and minute-to-minute gameplay are largely identical.

The big attraction here is the narrative. Yakuza attempts to spin an epic yarn about the lives of men and women wrapped up in organized crime and the consequences the lifestyle bestows upon them. It all plays a bit like a campy soap opera, though there are some legitimately serious moments for those that buy in whole-hog.

All that being said, these three games have seen several releases, including this exact collection just under a year ago on PS4. Their content, gameplay, and idiosyncrasies have been covered at length. What’s new is the port to PC and what, if any, enhancement is brought to the experience by the additional hardware power provided by the platform.

The PS4 release of this collection offers Yakuza 3, 4, and 5 with a 1080p presentation that stays fairly close to a steady 60 frames per second. The new PC version is nearly a straight port, though many of the options PC players come to expect as standard have made the cut. Arbitrary resolution support is included and each of the games can be cranked up to 8K (assuming your hardware and display can accommodate this setup). Obviously, the games’ assets were never built to be seen at such high resolutions, but the option is welcome all the same. The resolution bump provides a material upgrade in image quality over the console presentation, though it makes some of the lower-quality effects stand out like a sore thumb (character hair seems to have weird halos/blur and street light glare flickers wildly).

Each title also has the ability to crank up the engine’s internal rendering resolution, which can help sharpen the final image and works well to reduce aliasing or stair-stepping artifacts from the output. AMD Fidelity FX Contrast Adaptive Sharpening has been added in, but the results did not offer better image quality versus brute force resolution boosting. As the game uses so little GPU power, you might as well supersample than attempt to sharpen a lower resolution picture.

Yakuza 5 offers a dynamic resolution option that should automatically lower the internal rendering quality in order to keep the frame rate steady. There is a frame rate cap option in all three titles with three options, 30, 60, and Auto. This will lock gameplay to the chosen framerate and the Auto setting seemingly adjusts on the fly, though my test PC never came close to dropping under 60 frames per second, so I never saw this working personally.

Sadly, the games do not seem to offer high refresh rate support despite allowing players to choose 120 Hz, 144 Hz, and higher output modes. The included frame rate caps also fail to properly control frame pacing, so if you want the smoothest, most-consistent gameplay possible, you’ll need to use a driver-level solution or 3rd-party application. Ultrawide works, though it simply adds black bars to the sides of the screen and is not fully supported.

Much of the games’ cutscenes are pre-rendered and when put against the actual game, look really rough. They were captured at a low resolution with low bitrates that lead to excessive aliasing, blur, color banding, and compression artifacts. I’ve not seen the console version of this collection, but I would assume this is simply how the games are presented and is not a byproduct of the PC port itself. I found the audio quality to be lackluster with dialogue and music cues having lots of audible encoding compression. Again, this seemed like the result of the original games rather than an inherent issue with this package.

The games work with a mouse and keyboard, but the opening splash images always remind players that “Real Yakuza use a gamepad.” I agree with these screens and found mouse input to be kind of workable but, ultimately, an inferior way to play. Bring along a pad if you pick this collection up. The rest of the system options are as basic as can be, which is somewhat disappointing, but everything is functional and bug-free, in my experience.

As few as five years ago, the idea that PC players would have proper official releases of all the mainline Yakuza games would be far-fetched. Kudos to SEGA for bringing the remainder of the series to the PC for completionists and those who may have been curious about the franchise. The Kiryu saga can now be experienced in full on the platform and the port job from the folks at QLOC is solid, if unspectacular. The lack of unlocked frame rates and full ultrawide support is a letdown, but the three games still work wonderfully.

Obviously, this package cannot hold a candle to the recent Yakuza: Like a Dragon PC release but is a welcome sight for franchise diehards who never copped a PlayStation. Its inclusion in the Xbox Game Pass program is a great excuse to give it a try without leaving your wallet empty like a Kamurocho back alley mugging.

These impressions are based on the Windows 10 Store version of the collection. The product keys were provided by the publisher for coverage consideration. The Yakuza Remastered Collection is available now on Windows Store, Steam, and Xbox One. It is also available through Xbox Game Pass.