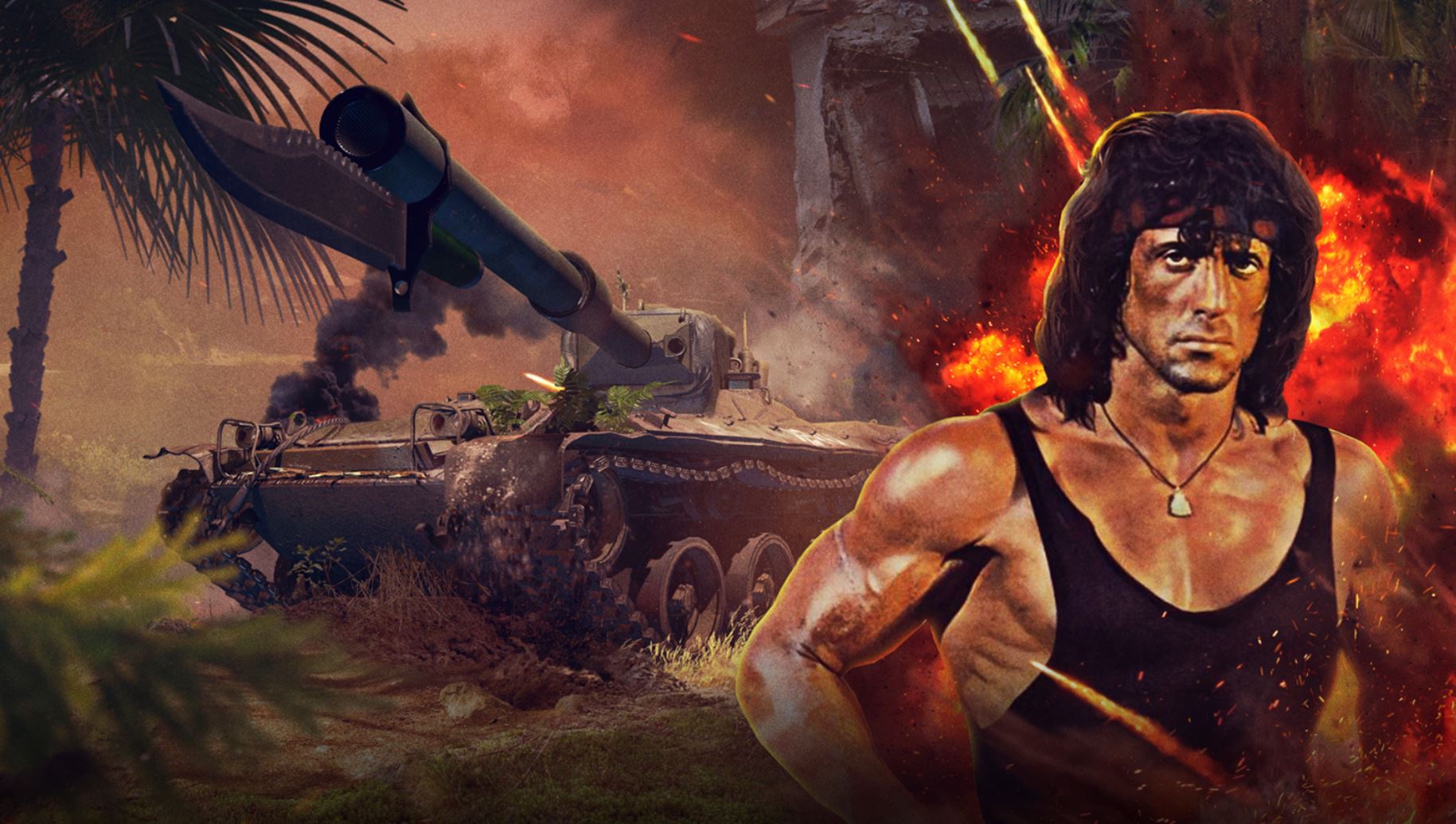 As one of the most popular live service games in history, World of Tanks has enjoyed a legendary run as an online game across a variety of platforms. The fun continues into the next decade as developer Wargaming has pushed out a new update to increase graphical fidelity and performance for the next-gen consoles. Additionally, this update brings a trio of beloved 80s action movie stars: Snake Plissken, John J. Rambo, and Colonel James Braddock.

Action film buffs will recognize Snake Plissken from 1981’s Escape From New York. In the film, star Kurt Russell is yanked out of prison and sent on a suicide mission to rescue the President of the United States after Air Force One crashes into New York City — now a max security prison island. The character of Snake Plissken returned later on in the mid-90s as part of Escape From L.A., which featured tidal waves, mini submarines, and possibly the greatest basketball shot in movie history.

The character of John J. Rambo (played by Sylvester Stallone) gained fame with the release of First Blood in 1982. The film followed Vietnam vet John Rambo drifting through rural America in a depressed haze until he crosses paths with a bullheaded local sheriff. Chaos ensues as Rambo takes it personally and he engulfs half the city in flames during the emotional climax. The Rambo character returned four more times over the next forty years with mixed results.

Colonel James Braddock was portrayed by martial mart wizard Chuck Norris in the 1984 film Missing in Action. As a former prisoner of war, Braddock returns to Vietnam on a mission to rescue fellow soldiers who are still detained. He enlists an old army friend turned arms dealer to help with the mission. The film spawned two sequels.

Wargaming promises that this is the biggest update in World of Tanks history. It is available now.